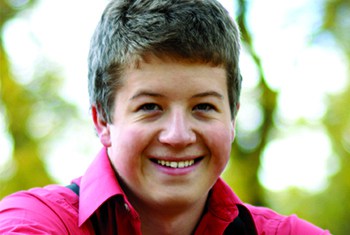 Sixty-five students from seven Northern New Mexico counties are recipients of Los Alamos Employees’ Scholarship Fund scholarships, funded through more than $500,000 in donations from Los Alamos National Laboratory employees and the company that manages the Laboratory.

“I’m very grateful to the Los Alamos National Laboratory Foundation and LANL employees who contributed to make this award possible,” Carlsten said. “Being notified that I was the platinum scholar was a tremendous and exciting experience. I’m looking forward to attending college where I can pursue my passion for science and hopefully embark on a career as a scientific researcher.”