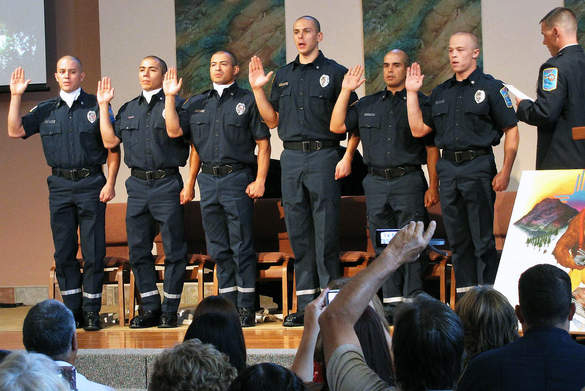 Days at the Academy can be long and difficult for individuals seeking to become firefighters with the internationally accredited Los Alamos Fire Department.

While many who attempt the school do not complete it, the LAFD on Friday honored six men who showed that they possess the drive, dedication and physical ability to power through the demanding 22-week program.

The new firefighters were honored at a graduation ceremony Friday by senior LAFD and County officials including Fire Chief Troy Hughes and County Administrator Harry Burgess as well as family and friends. 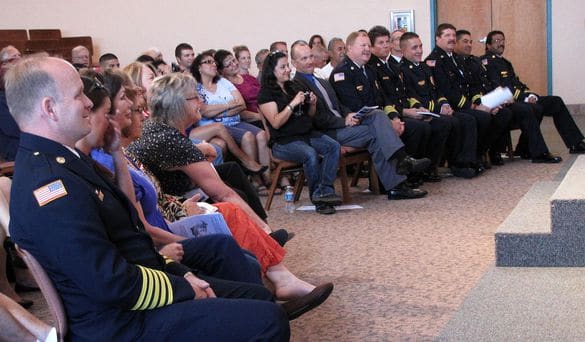 County officials and family and friends turned out to honor the newest firefighters in Los Alamos County during a graduation ceremony Friday morning at the White Rock Baptist Church. Photo by Carol A. Clark/ladailypost.com

The atmosphere was jubilant at Friday’s graduation cermony. Family members appeared proud as they pinned shiny new badges on the cadets, who expressed relief at making the cut. 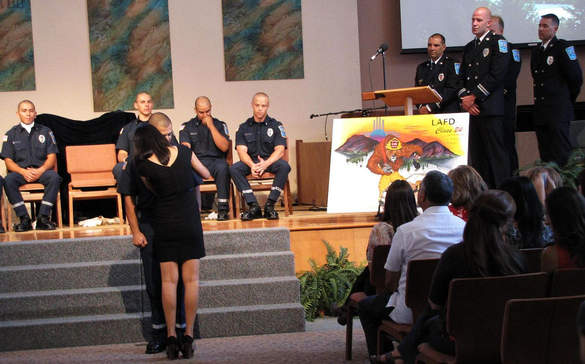 The Academy is run in a military fashion and the recruits began their day at 7 a.m., finish by 5:30 p.m., and work a 24‐hour day every other week to gain an idea of true life in the firehouse.

While at the Academy, they were required to participate in rigorous physical activities that included regular exercise and running activities as well as intensive firefighting tactics training.

The six recruits participated in an exercise program with wellness staff members two to three times per week along with recovery/location runs of two to five miles and overall conditioning that included push‐ups, pull‐ups and more.

Because the LAFD is internationally accredited by the Commission on Fire Accreditation International (Center for Public Safety Excellence), and is an ISO Class 1 Fire Department, recruits are held to a very high standard as they progress through the Academy. 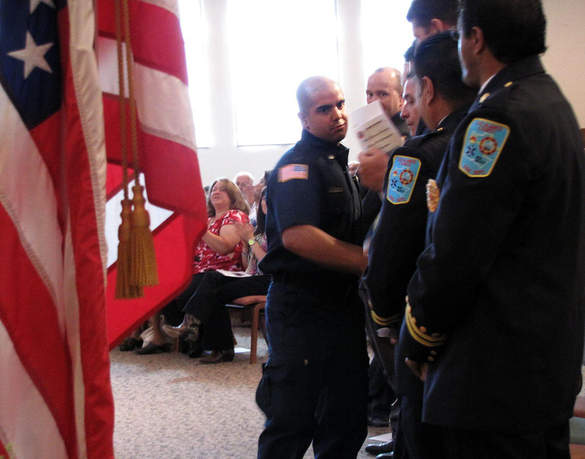 Photo by Carol A. Clark/ladailypost.com.

For more information and to learn the minimum qualifications to apply to become a firefighter with the Los Alamos Fire Department, visit http://www.losalamosnm.us/jobs/Pages/default.aspx. 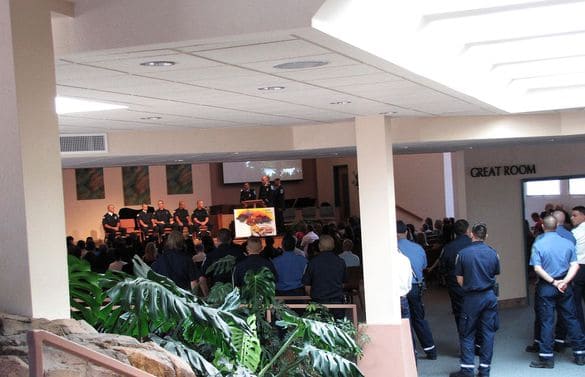