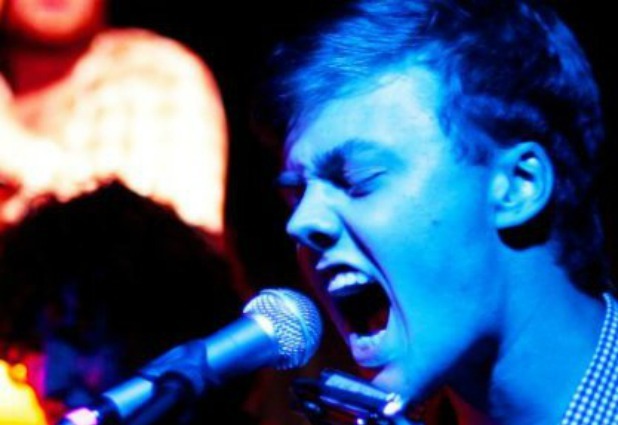 We had to make a change to this Friday June 28 concert. We’ll still be at Ashley Pond with a great free concert that’ll start at 7 p.m. It’s still LA Monitor Night, but our band is quite different. Playing this Friday is the incredible, Parker Millsap Band with Michael Rose featured on stand-up bass.

Millsap is a young singer-songwriter that’s most likely going to be a big star in the near future. He plays Americana-folk-rock-blues-gospel and reminds me of some of the best of this genre; heroes like Tom Waits, Ray LaMontagne, Ryan Adams, John Mayer, Lyle Lovett, Robert Earl Keen, Ray Wylie Hubbard, Keller Williams and then there’s Dylan and Woody Guthrie. Check his music out on YouTube and at www.parkermilsap.com.

Here is a link to two videos http://www.reverbnation.com/artist/video/10299924. Please don’t do what so many people do and only play a few seconds of each song. Parker’s songs build and build. Another great song is “Truck Stop Gospel” which is on YouTube. Click here to see the video: http://www.youtube.com/watch?v=qOjRu_k287w

I feel pretty darn lucky to be getting Millsap on short notice. He’s on his way to a Northwest tour starting in Seattle on Sunday with another tremendous band, Old Crow Medicine Show. His agent and I agreed that only a young newcomer could play here on Friday night and then drive on to Seattle for a Sunday show. This is the dark side of rock ‘n roll and someday he’ll be saying, “Never again, where’s my bus?” or “Take me to the airport.”

Parker Millsap was raised in a Pentecostal church in Purcell, Okla. His gravelly voice and presence often reflect the whoop and holler of a fervent preacher he would listen to every Wednesday and Sunday. That’s why I say to listen to the whole songs as he builds to shouting finish. When he wasn’t listening to gospel music he would listen to folks like Lovett and Keen. He also loved the blues, especially artists like Howling Wolf and Mississippi John Hurt. Oh brother, check out this artist on Friday if at all possible.

We had another band that had to cancel. Our show on Aug. 30 with reggae and ska star, Pato Banton is off due to illness. He’s cancelled his entire tour and is going home to England for hospitalization. We sure wish him a complete and fast recovery and hope that he can reschedule for next year. In Pato’s place on that day, will be the bluegrass and Appalachian folk music star, Claire Lynch and her tremendous band. This will be a beautiful show with great harmonizing and outstanding musicianship. You can find lots of Clare’s music on YouTube.

We have two concerts scheduled for next week. As you probably have heard, the Kiwanis Club of Los Alamos and the LA Fire Dept. have agreed to a July 4th Fireworks Show at Overlook Park in White Rock. This’ll be the first fireworks show in Los Alamos since 2010. Hopefully we’ll get some rain in White Rock. The Fire Dept. will do everything professionally possible for a safe, thrilling and fun holiday.

The Fest starts at 2 p.m. and goes until the fireworks are over around 9:40 p.m. Music will be provided by Los Alamos’ favorite band (not counting the Red Elvises), Eddy & the Nomads, playing the rock hits of the 50s, 60s and 70s. Also on tap will be the Community Winds and we’ve scheduled a Battle of the Bands that will start around 3 p.m. If you or someone you know would like to participate in the Battle, please email me as soon as possible at russ@gordonssummerconcerts.com. The cutoff to enter will be noon, Thursday, June 27.  noon. You can be a solo act or larger. If you want to sing opera, please bring an accompanist or a CD or IPod. Rock, classical and all genres of music are welcome. Vulgarisms will not be tolerated and possibly could even be grounds for bad news!

On Friday July 5, we’ll be at the Los Alamos Co-op Market next to the Holiday Inn. Our band will be Yo Mama’s Big Fat Booty Band from Asheville, N.C. It’ll be a great night for funk music and rockin’ soul–a truly fun evening and be ready to shake your own booty! Check them out on Google. This concert will be LA Co-op Market, Holiday Inn Express and NM Consortium Night.

I hope to see you at all the shows.