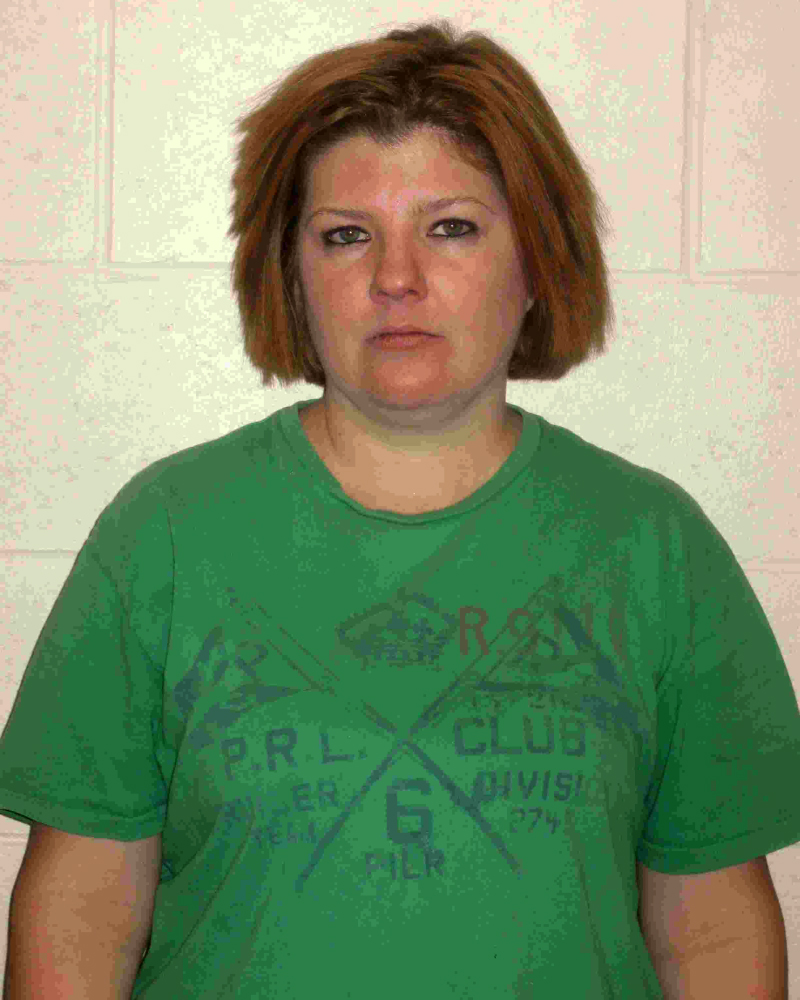 Police arrested Melissa Carpenter of Los Alamos Wednesday afternoon and charged her with shoplifting $250-$2,500 worth of merchandise, which is a fourth degree felony.

Carpenter, 36, was captured with the help of Deborah Stone-Richard, a native of Virginia, who is on an extended visit to Los Alamos.

Stone-Richard was volunteering Wednesday at Fuller Lodge Art Center, 2132 Central Ave., when she heard a crash of sales items on the floor.

She saw that a woman, who turned out to Carpenter, had knocked over some merchandise that is part of the Affordable Art Sale underway at the Art Center.

Stone-Richard noticed that Carpenter was touching many items in the Art Center and that she was spending an unusual amount of time examining art pieces in the shop.

Carpenter initially entered the Art Center with a male companion but he had since left the shop, Stone-Richard said.

At one point Carpenter stated that she was waiting for her boyfriend to return and she finally left the Art Center after more than an hour.

Stone-Richard had finished volunteering for the day and jumped in her car headed towards Smith’s Food and Drugs on Central Avenue when she noticed Carpenter walking down Central Avenue.

Carpenter was fishing for something in a large purse, Stone-Richard said, and out popped a beautiful scarf that she recognized to be from the Affordable Art Sale at the Art Center.

Not only was it from the Art Center, but it was an item that Stone-Richard, an artist herself, had created and was selling on consignment at the Center as part of the Affordable Arts Sale.

Stone-Richard was certain that Carpenter had not paid for the scarf so she called the Art Center and was informed that other items also appeared to be missing.

It turned out that more than $1,000 worth of items had vanished, she said.

Fuller Lodge Art Center staff called the police and eventually Stone-Richard was put in contact with police officers, who then closed in on the suspect.

Carpenter had entered Smith’s by now so the officers entered from both sides of the store and were able to apprehend her quickly and without incident.

The police searched Carpenter’s massive purse and recovered all of the art reported missing from the Art Center.

The art pieces have been returned to Fuller Lodge Art Center where they have been put back on display for sale to “paying” customers.

Carpenter is in custody at the Los Alamos Detention Center preparing to face the judge.