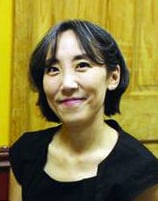 A brief commentary on Richard Skolnik’s thoughtful and well-written response (link) to my editorial, “Single Payer is Not the Answer.” First, he completely avoids the question, “How are we going to pay for it?” because he knows the answer, “massive taxes.” New Mexico simply cannot generate the tax revenue necessary to fund single payer, as other states have discovered. Notably, policymakers aimed to encourage healthier drink options with a soda tax but Santa Fe citizens turned out in record numbers last year to vote it down.

Secondly, other countries have vastly different populations, with distinct economic and cultural factors that affect health care. Though we can learn from the models in Canada, Australia, Albania, and China, our system is heavily influenced by the insurance, pharmaceutical, and food industries, as well as the trial lawyers.

Single payer advocates lecture us on how our system is inequitable and has failed the poor but avoid the fact that Americans have given millions and done much, to bring relief to the suffering. Health related charities make up a significant percentage of the total number of public charities. Proponents of socialized medicine also avoid mentioning its many pitfalls and failures, which are well-documented.

Consider Scott Ehrlich’s statement: “while the U.S. health-care system has a good deal of flaws, it’s hard to say lack of single-payer is one. To that end, since the Affordable Care Act was passed, average lifespan in the United States actually dropped from 88.9 years to 88.8 years, despite the huge increase in the percentage of the population with insurance.

So next time someone tells you we need single-payer because we have to have universal coverage and that’s why people don’t live nearly as long here, let them know that we aren’t perfect, but for a country with 330 million people, we are doing quite well. And if that person is black, Hispanic, or Asian, let him know he is more likely to live longer here than he would anywhere else in the world.”

This past December, I went to Tokyo, Japan for a conference. Japan has its own set of problems and social ills, but has one of the highest life expectancies in the world. This is a direct result of the nation’s healthy diet. I thoroughly enjoyed my daily breakfast of rice, soup, fish, and vegetables. Refined flour and sugar products, as well as fast food chains are not readily available. The Japanese emphasize quality, not quantity of food, and have an active lifestyle. I saw bikers and walkers everywhere; mothers had a toddler both in the front and the back of the bike. I remember a Japanese gentleman remark how big Americans were. That was his tactful way of saying that we have a serious problem with obesity, due to our poor diet and sedentary lifestyle. Let’s face the facts: unless we change our lifestyle, single-payer does little to improve health outcomes or life expectancy.

Our State Legislature can play a unique role in promoting healthy eating and active living. However, entire communities, including small businesses, employers, teachers, and health care providers must be dedicated to such programs and initiatives.

You can reach me at lisasfor43@gmail.com.