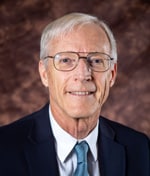 I spent a good deal of time this year at the 2018 State Legislative Session, working on behalf of the people of Los Alamos and neighboring communities. As a member of the County Council’s Regional and State Subcommittee, I helped develop our state legislative agenda, which was approved by the whole Council last December.

In addition to issues that we watch carefully every year, such as funding for local public education and capital improvement grants (we did receive $100,000 for affordable housing), our agenda included two items of special importance. One was to obtain reinstatement of a full-service Public Health Office in Los Alamos, which the state cut back a year ago. No legislation specific to Los Alamos was passed on this, but we will keep working to restore public health services.

We were more successful with our second item: legislation to maintain payment of gross receipts tax (GRT) by the LANL contractor, in the event that the new FY19 contract is awarded to a non-profit organization. Working with our State Senators Carlos Cisneros and Richard Martinez and Dist. 43 Rep. Stephanie Garcia Richard, we developed a bill, SB17, which would prevent the GRT non-profit exemption from being applied to prime contractors for national laboratories. We got SB17 passed.

Non-profit organizations in New Mexico are exempt from most GRT, except for services they buy from a subcontractor. The non-profit University of California (UC), in the last full year that it had the Lab contract, paid $41 million in GRT, of which the state received 55% and the county 45 percent. For many of the years UC operated the Lab, DOE additionally paid millions of dollars in “assistance payments” to the county, but these were phased out except for a yearly payment to Los Alamos Public Schools.

When the for-profit LLC Los Alamos National Security took over the contract, GRT payments increased substantially, to $82 million in 2016. In the absence of federal assistance payments, this increase has been needed to provide the infrastructure and services that support the $2.5 billion, 10,000-employee Lab operation.

New Mexico GRT is legally required to be paid by federal contractors, as affirmed by a US Supreme Court decision (U.S. vs. New Mexico, 455 U.S. 20 (1982)), and reflected in Federal Acquisition Regulations and all Requests for Proposal (RFPs) for National Laboratories since then. New Mexico can determine which categories of business will be subject to GRT. The Legislative Finance Committee estimated that unless present law were changed, New Mexico state government could lose $25 to $30 million per year in GRT if a non-profit organization took over the Lab contract, and local governments could lose $20 million.

My late friend and mentor Dave Thomsen, of the Los Alamos Committee on Arms Control and International Security, taught me how to be an effective advocate: be informed, be persistent, and make concise, well-reasoned arguments. That is how we set out to get SB17 passed.

With the help of our county’s lobbyist, Scott Scanland, who knows everybody at the Roundhouse, we advocated for this bill. Council Chair David Izraelevitz, who is president-elect of the New Mexico Municipal League, obtained their support. I am on the Board of Directors of the New Mexico Association of Counties and got their support. Councilor Christine Chandler, our representative to the Regional Coalition of LANL Communities (RCLC), got support from the Coalition and its members. Councilor Antonio Maggiore, our Board member for the North Central Regional Transit District (which could lose up to $1 million in GRT if a non-profit took the contract), got a resolution of support from NCRTD.

When Senator Cisneros took the bill before two Senate committees and to the Senate, and Rep. Garcia Richard presented to a House committee and to the House, RCLC Executive Director Andrea Romero, Council Chair Izraelevitz and myself acted as expert witnesses, who provide detailed answers to any technical questions that arise. There was thorough debate on this bill, but Senator Cisneros and Rep. Garcia Richard, with our help, answered all questions well.

Ultimately SB17 passed both Houses with strong bipartisan support: 31-4 in the Senate and 48-19 in the House. We don’t know who will win the LANL contract, but we do know that non-profit organizations such as UC are prominent bidders on the RFP. SB17 still needs the signature of Governor Martinez to become law. If she does sign, GRT revenues from national laboratory contractors will no longer be in doubt every time a new contract is awarded.