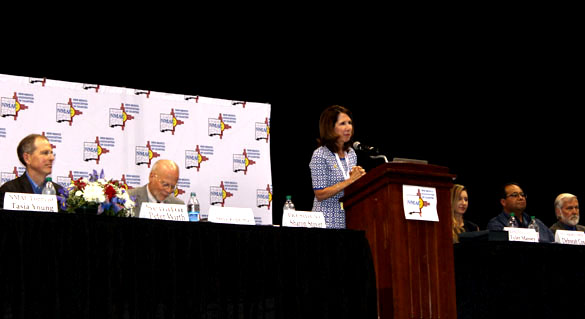 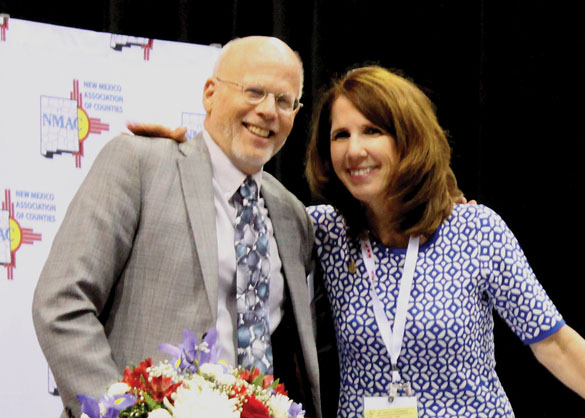 In a letter to NMAC members, Stover credited past boards, members and staff for setting a positive and engaging direction for the organization. Stover also thanked the dedication and commitment of current members for their work to improve their home counties.

“It’s been an honor and a privilege to serve as president this year,” Stover said. “The experience of traveling over 10,000 miles with our Executive Director, Steve Kopelman, to meet and visit with commissions in each county was invaluable. We shared the good work of NMAC and the many services offered. Most important, we heard first-hand the issues counties are facing and seeing the diversity across our state.

NMAC Executive Director Kopelman praised Stover’s tenure as president during a speech to NMAC members at the conference, and described her as, “the best president I have worked with in my life, bar none.”

“You know she put in thousands of hours this past year for county government, asking nothing in return at all, and she was just an inspiration to me and everyone else,” Kopelman said. “I am really in awe of her. I am so appreciative of having the opportunity to work with her this past year on a job phenomenally well done.”

Conference attendees also participated in discussions on economic development and NMAC’s legislative priorities for the upcoming year. The conference concluded with the President’s Luncheon Friday, June 24. At the luncheon Stover celebrated the end of her term as NMAC president and welcomed incoming president Tyler Massey, Hidalgo County Treasurer, to the position. Massey presented Stover with an engraved gavel and a Nambe bowl to recognize her service to NMAC.

The conference marked the 80th year representatives from New Mexico’s 33 counties have gathered to exchange information, share best practices and learn about resources available to them. NMAC was incorporated in 1968 to serve as a professional association for county officials and employees and promote collaboration among counties on issues of mutual concern. 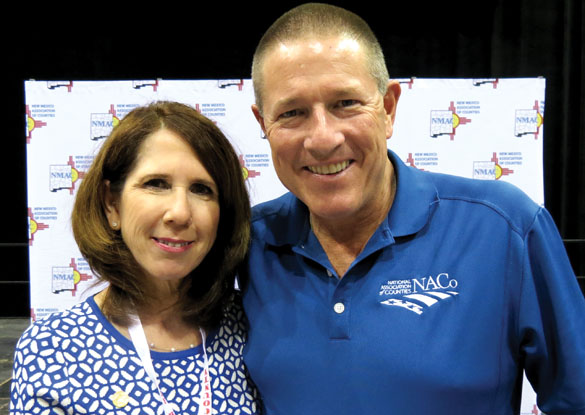 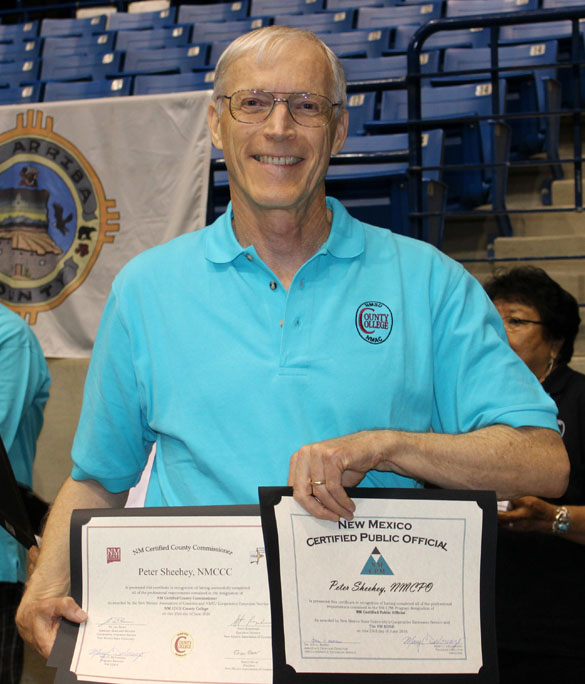 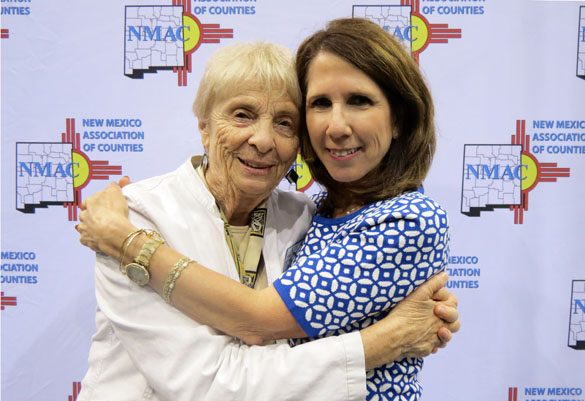 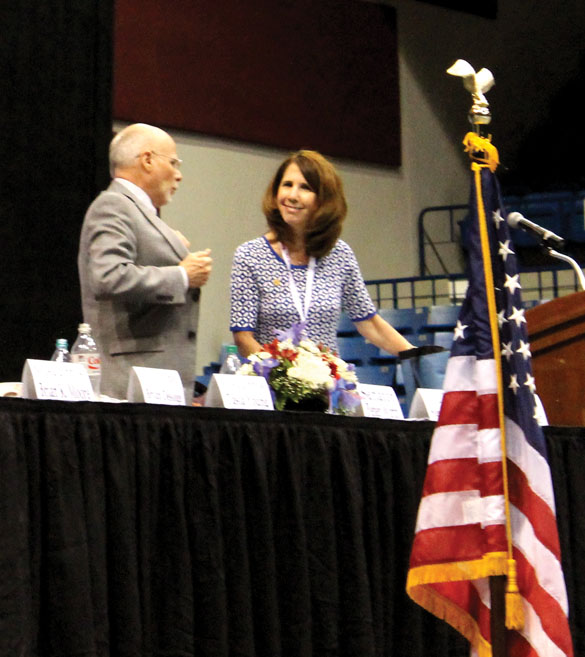