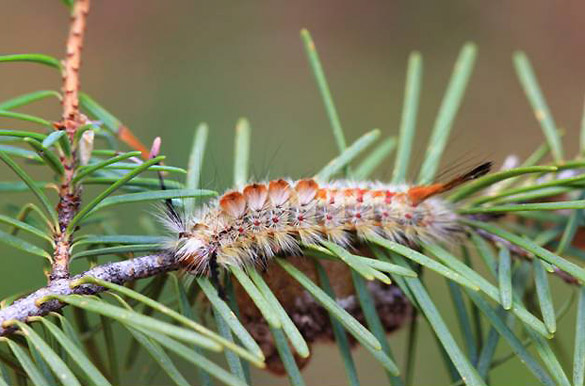 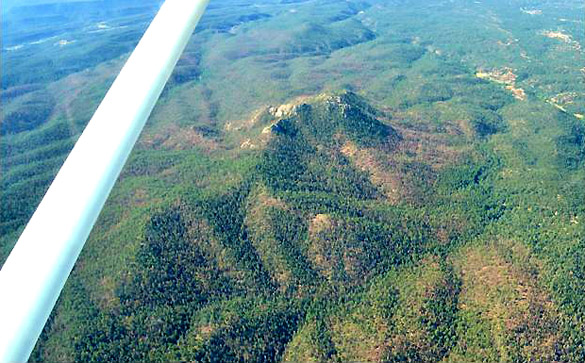 Several thousand acres of Douglas-fir and white fir on the Pecos/Las Vegas Ranger District of the Santa Fe National Forest have been defoliated by the Douglas-fir tussock moth (DFTM), which is likely to lead to noticeable tree mortality in the Cañada de los Alamos area near Shaggy Peak.

The team conducting the annual forest health aerial detection survey of the Carson and Santa Fe National Forests first saw the red coloration that indicates a large number of defoliated Douglas-fir and white fir trees July 26. Subsequently, specialists from Forest Health Protection out of the Forest Service’s Southwestern Regional Office in Albuquerque hiked into the area to assess the situation from the ground.

“The Douglas-fir tussock moth is a defoliating insect native to the American West that feeds on the tree’s needles,” said Forest Service entomologist Andrew Graves, Ph.D. “So it is not unprecedented to have these large outbreaks in forest stands with infill of white fir and Douglas-fir. But the outcome can be quite dramatic over a two- to four-year period until the insect population dies off.”

For this stand of Douglas-fir and white fir, which has extremely high densities of 800 to 1,000 trees per acre in places, defoliation ranges from 90 to 100 percent in the most heavily affected areas down to 10 to 30 percent on the edges of the outbreak. Based on their observations, the Forest Health Protection team said this infestation is probably in its third year of a four-year cycle and tree mortality has occurred where defoliation has been evident for several years. Severely defoliated trees can be targeted by bark beetles, which makes them even more likely to die.

The good news, if there is any, is that the DFTM population appears to be on the decline due to several conditions, including predators that eat the larvae, the loss of host trees to feed upon, and viral and fungal diseases that spread as the moth population increases. Dr. Graves said DFTM larvae observed in the Shaggy Peak area are showing the characteristic signs of infection by nuclear polyhedrosis virus, and a preliminary survey indicated low numbers of egg masses that will hatch in spring 2017. Both conditions are signs that the tussock moth population in this area is crashing.

The dead Douglas-fir and white fir are interspersed with ponderosa and piñon pines. There are no plans to treat the area for the insect due to its declining population. Forest Health Protection will continue to monitor the DFTM outbreak in the area. 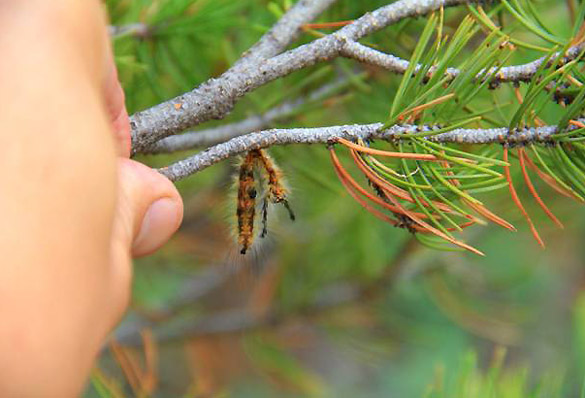 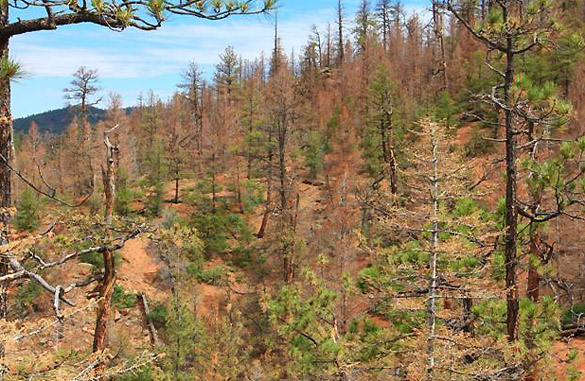