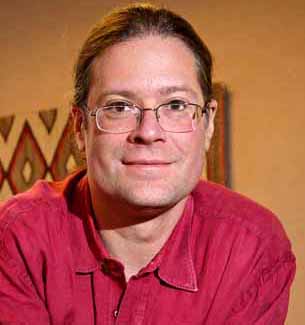 The popular “Science On Screen” series at the Center for Contemporary Arts continues at 7 p.m. Wednesday, Feb. 6, 1050 Old Pecos Trail in Santa Fe.

Advance tickets are recommended. For tickets and prices, call the CCA Box Office at 505.982.1338.

Professor Dr. Cris Moore of the Santa Fe Institute, a physicist, mathematician, computer scientist and author provides a window into Shane Carruth’s twisty and unforgettable 2004 cult film Primer, in which two young inventors, working after hours in a garage, craft a machine that opens up a universe of possibility … and consequences.

Moore received his B.A. in Physics, Mathematics and Integrated Science from Northwestern University, and his Ph.D. in Physics from Cornell.

He has published more than 100 papers at the boundary between physics and computer science, ranging from quantum computing, to phase transitions in NP-complete problems, to the theory of social networks and efficient algorithms for analyzing their structure.

With Stephan Mertens, he is the author of The Nature of Computation, published by Oxford University Press.

The Science On Screen series is a collaboration between SFI and the Center for Contemporary Arts (CCA) in Santa Fe. During each showing, an SFI scientist presents a favorite film, offering personal perspectives from the world of science. It’s an idea-rich spin on the movies.