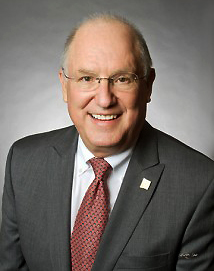 “We strongly oppose so-called the ‘Right to Work’ laws that Gov. Susana Martinez supports. Contrary to her assertions today, these laws are not important for attracting businesses that are relocating. Such laws are in fact anti-worker, and they lower the wages and incomes of working people,” Sanchez said. “Workers make an average of $7,000 less annually in states that enact such laws than workers in states that protect workers’ economic security, according to the Congressional Research Service.”

“We already have some of the lowest median incomes in the nation, how low can we go? Working people need a stronger voice in the workplace today. Democrats will fight to make sure their voices are heard,” Sanchez added.

Democrats will push for an increase of $2.60 hourly minimum wage to bring the statewide minimum wage to $10.10 from its current $7.50. Last year Senate Democrats passed a modest pay raise for the lowest-paid working families, but failed in the House. Gov. Martinez said then she would have vetoed that measure if it had reached her desk. At that time she pushed a tax cut for the biggest out-of-state corporations.

“The Governor’s claims about children being her number one priority are not enough, and photo-op politics will not improve our children’s future. Holding back third graders based on their score on a standardized reading test, even if a child excels in math or social studies or is a poor test taker is wrong, and we will oppose it,” Sanchez said. “It is an unproven and punitive policy that strips parents of their control over major decisions in their kid’s education.”

Majority Leader Sanchez vowed that Democrats would fight for a major, substantial and ongoing investment in early childhood education programs to be paid from the State’s permanent fund. That is not part of the agenda presented by Gov. Martinez today. New Mexico has ranked 50th worst on the nation for children’s well being until last year. Sanchez said Democrats would fight for the early education funds for children in New Mexico in this session.

Sanchez said Democrats opposed the Governor’s renewed call for repeal of the New Mexico law that allows undocumented immigrants to get drivers licenses.

“The Governor wants to take away licenses from 90,000 undocumented immigrant drivers in our state while other states are following our lead, and now are allowing these immigrants to get drivers licenses. Her plan would negatively impact public safety. Most importantly, what will happen to the100,000 children of those undocumented immigrants when a parent can no longer take them to see a doctor when they are sick? To a dental visit when they have a tooth ache? From basketball or band practice after school?  If this Administration cares deeply about children, it will drop its continued push for repeal,” Sanchez said.

Sanchez said he welcomed Martinez’s agreement with the Legislative Jobs Council on several economic growth measures, including an increase of LEDA funding for local economic development; an increase for the Job Training Fund, and funding for NM Partnership, a nonprofit group working with the Economic Development Department in business recruiting and marketing in rural areas.

“Even though we agree on some issues, the fact remains that her policies have left New Mexicans struggling, even desperate, and anxious about their own and their children’s futures. After the speeches are forgotten today, Democrats will still be working to find solutions to the big challenges we face. We are every bit as optimistic as the Governor about our state’s bright future, but we have a better way to get there,” Sanchez said.