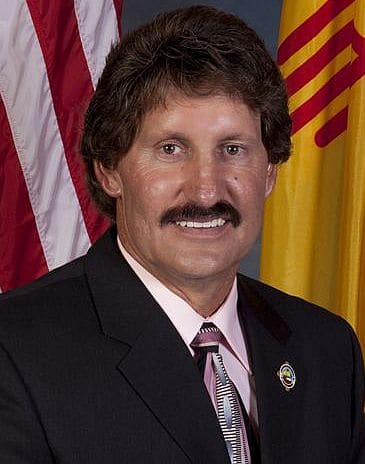 Thank you very much to the people of Los Alamos, and the very energetic League of Women Voters for the opportunity to participate in your voter forum laast Thursday.

Many excellent questions were raised, especially about the environment and the quality of our regional groundwater. Water is a passion of mine.

I thank the Los Alamos Daily Post for allowing me to continue the discussion at its online newspaper site.

I initially decided to run for State Senate because, as a five-term commissioner of Rio Arriba County, I grew frustrated by the incumbent’s unwillingness to confront monied interests such as the Oil and Gas industry on issues such as hydraulic fracturing (or fracking) that threaten our regional groundwater supply and our pristine wilderness and agricultural lands in Rio Arriba.

I am in favor of economic development and consider myself to be a pro-business candidate.

I will do whatever I can to promote regional development, but not at the expense of our most valuable resource: water.

I believe that elected representatives are public servants and that our first duty is to the constituents who trust us with their votes. I do not accept donations from out-of-state corporations.
For this reason, I have consistently fought powerful interests such as the Oil and Gas industry, land developers, and even the State Engineer to protect precious local resources.
This is why my constituents have voted me into office five times, and why I am able to finance my run for Senate through small donations from friends, neighbors, family and colleagues.
The gas and oil industry attempted to drill Rio Arriba’s pristine and important watersheds that produce much of the potable water flowing through the Rio Chama and Rio Grande, and to frak in our county in order to extract even larger amounts of oil and gas.
My colleagues and I on the Board of Rio Arriba County Commissioners immediately imposed a moratorium on drilling, and subsequently developed a gas and oil ordinance allowing for drilling under strict conditions, prohibiting fracking in Rio Arriba, and prohibiting drilling in environmentally sensitive locations.
I have been adamant about requiring proof of water rights ownership before approving any large subdivisions or development of land in Rio Arriba.
Developers are required to work with the Commission to develop water conservation measures before any subdivision developments can be approved.
I am extremely cognizant of the scarcity of water and have worked diligently to control wasteful practices.
I’ve encouraged farmers and ranchers to develop water conservation measures as a part of their agricultural practice.
I, along with my colleagues on the Rio Arriba County Commission, have gone up against the Office of the State Engineer to challenge water transfer regulations in an effort to curtail large water right transfers from our shared region in northern New Mexico to metropolitan areas in the central and southern part of the state.
Candidate campaign reports found on the Secretary of State’s website www.sos.state.nm.us provide ample evidence that my opponent speaks loudly for large corporations, financial institutions, and businesses that exploit our community.
I have championed efforts to protect the quality of life of northern New Mexico residents by sponsoring and approving ordinances on such topics as prohibitions against clear-cutting, as well as ordinances that address cell tower proliferation, mining and billboards.
I have served on my communiy’s acequia commission for most of my adult life, and have served on the New Mexico Acequia Association for more than a decade, in addition to serving as president of my community’s mutual domestic water association.
I wear my passion for protecting our most precious resources on my sleeve, and have extensive experience addressing local and state water issues.
I also have a passion, as a lifelong educator, for health care and education. I have worked as Director of Financial Aid and Dean of Student Services at Northern New Mexico College, and assisted to turn it into an accredited four-year institution.
While I have been there, we created degrees in education, nursing, health and human services, engineering and business, as well as numerous two year technical certification programs. I earned my MSW at NMHU.
I understand how much expertise is required to teach, and will do everything I can to work for teachers and improve the state of education in New Mexico.
You can learn more about me at www.alfredo4senate.com. I would be honored if you sign up for announcements by “http://www.facebook.com/pages/Alfredo-L-Montoya-4-NM-Senate/346704848699390“> friending me on facebook.
Thank you for considering me as your new Senator. If you have further questions, email me at alfredolmontoya@hotmail.com, or call me at (505) 929-2014 or Lauren at (505) 929-2589.
Menu
LOS ALAMOS