Seeing and Observing Part 2: A Tale of Two Mesas

Many of us have seen the impact of two forest fires on the Jemez Mountains.

The mountains west of Los Alamos form the rim of the Valles Caldera.

These mountains have had two forest fires, the Cerro Grande and Las Conchas, pass through them in the past 12 years.

The general impression given by many news organizations is that total and permanent destruction has occurred.

Indeed, half of the grassland of the Valle Grande was burnt and blackened last year. However, there is little mention that the grasses have grown again in spite of drought conditions.

We observed in the previous article that some areas of the Cross Country Ski Trail near St. Peters Dome Road (FR 289) had not been burnt in spite of two forest fires passing through.

We also observed that only one area apparently had been burnt twice. Like the Valle Grande, all areas of the trail, whether burnt once or twice, had new plant growth.  Aspen trees are one of the initial plant colonists.

We also had two surprises as a result of careful observation. The Cross Country Ski Trail is on a mesa that is dominated by ponderosa pine and aspen trees.

However, it has cactus growing on it as well. Plants of the desert are growing in a forest.

The Deer Trap Mesa is in a high desert setting but has a mature grove of ponderosa pine growing at its base. Pine trees and cactus are growing in unexpected places.

A hike along the Deer Trap Mesa Trail confirms its desert environment. Prickly pear cactus grows throughout its length.

Yucca plants also grow here and are representative of areas that have particularly low amounts of rain. Its juniper trees are dying as a result of the drought conditions for the past several years. 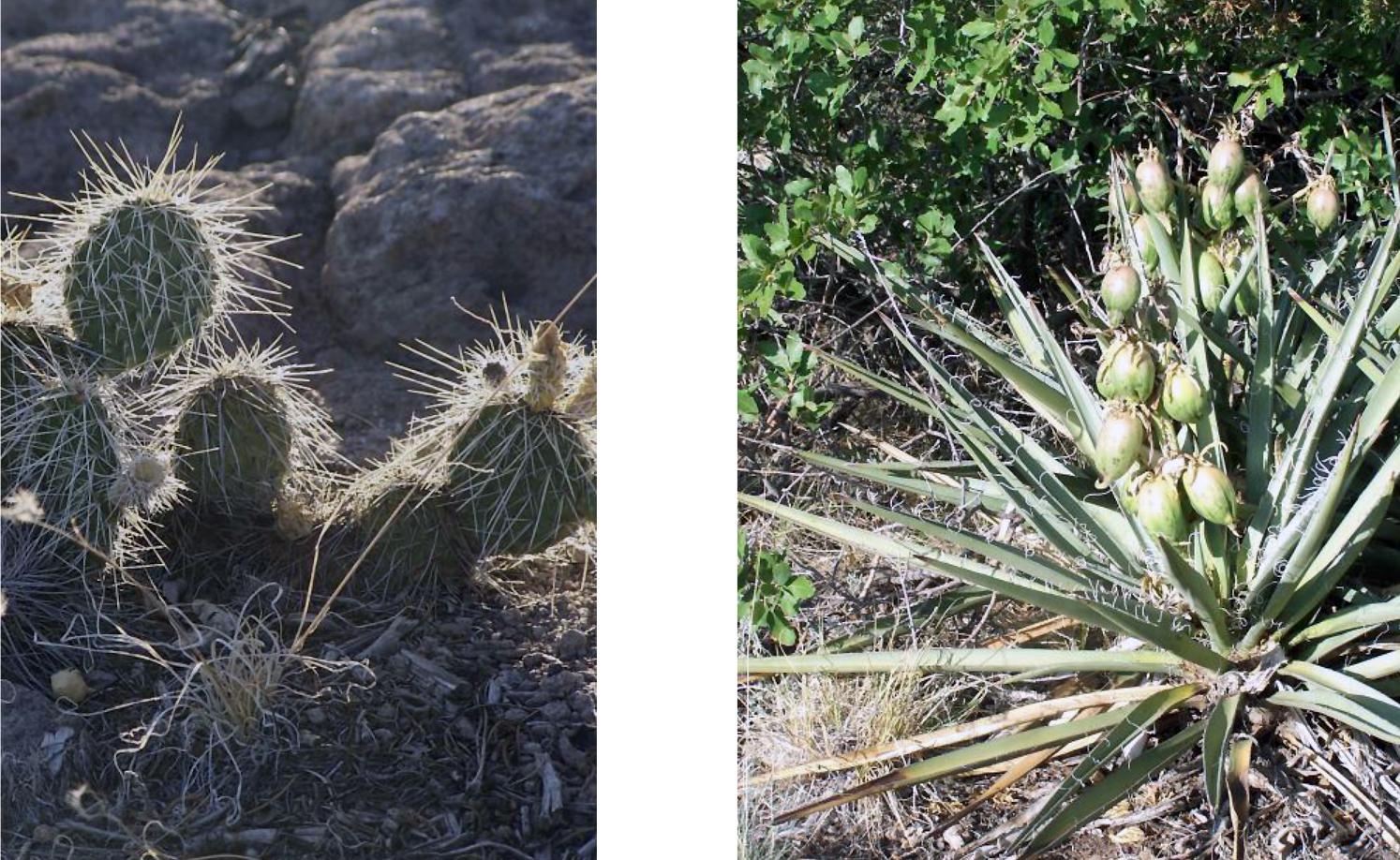 But then there is that grove of mature ponderosa trees growing at the base of the mesa when you reach its tip.

Perhaps enough water trickles to the base of the mesa to benefit the trees. Observation shows that the ponderosa trees are spread out from one another.

There is less competition for what water is available since there are fewer trees.

The forests in the Jemez Mountains would not have such intense fires if the trees were not growing so thickly together.

They look similar to one another, but are they the same species?

Does the same species of cactus grow on both of the mesas? Photos by Bob Dryja/ladailypost.com

Does the same species of cactus grow on both of the mesas?

Careful, close observation suggests that these are actually two different species of cactus.

The cactus for the Cross Country Ski Mesa has five sets of spine spicules growing at its top and has a distinct five pointed star.

The cactus from Deer Trap Mesa has ten sets of spine spicules growing on its top and has no star.

“Seeing” suggests that one mesa simply was part of a forest fire while the other mesa was not. “Observing” shows that there are actually surprising similarities as well as differences between the two mesas.

One last surprise remains when you observe the land in the distance beyond Deer Trap Mesa. Hoodoos appear in the evening when the sun is close to setting.

Hoodoos are a popular name for rock columns. In this case, the columns are 15 to 20-feet-tall.

A large boulder has protected the land underneath it from eroding away. As the ground around the boulder eroded, a column was created. 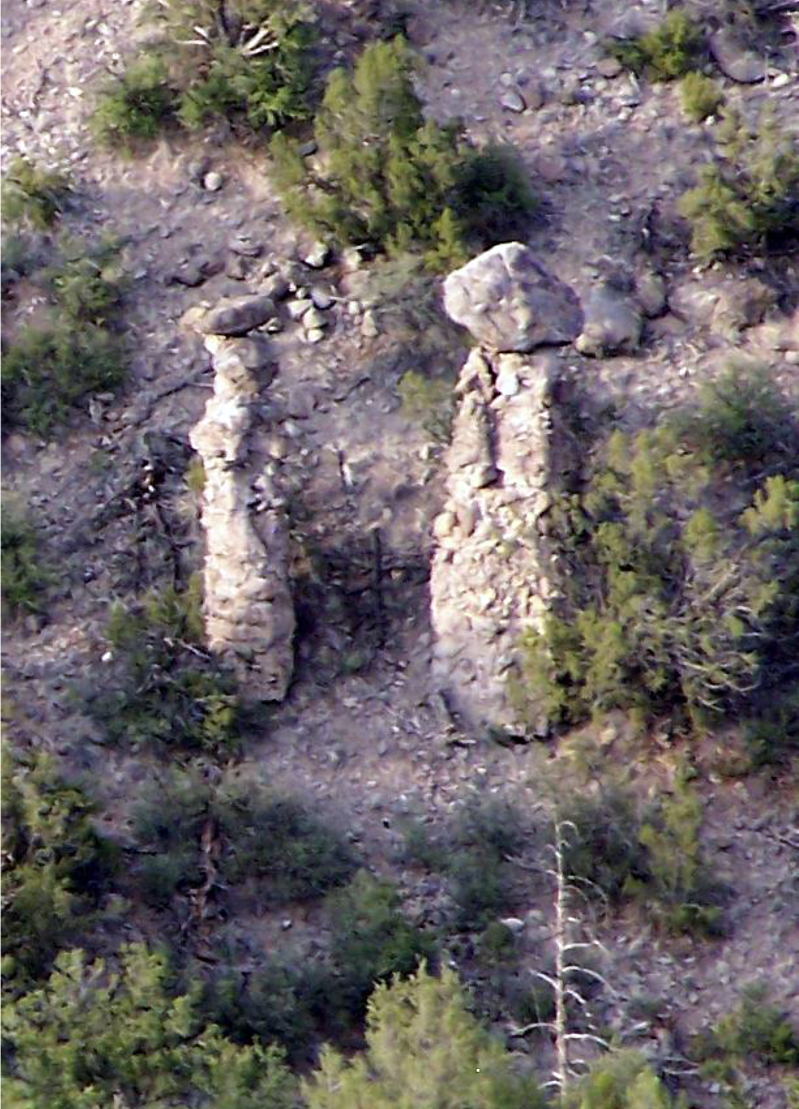 Hoodoos, the silent rock columns of the sunset. Photo by Bob Dryja/ladailypost.com

If you are interested in hiking these two mesas, send an e-mail to robertdryja@msn.com.

Editor’s note: Special thanks goes to Chick Keller for identifying the cacti referred to in this column.