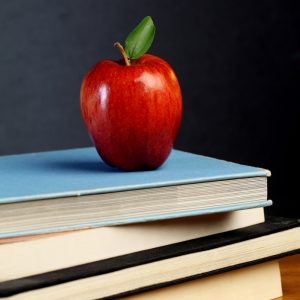 A scholarship plan aimed at covering all college tuition and expense costs for New Mexicans cleared yet another hurdle when members of the Senate Education Committee voted 5-2 to send it to the Senate Finance Committee.

But the bill may face deeper scrutiny once it gets there since a Legislative Finance Committee fiscal impact report says it may cost much more than the Higher Education Department estimates.

Gov. Michelle Lujan Grisham said the program would cost about $35 million a year when she unveiled the proposal last year. Reacting to concerns expressed early in the session, the bill’s sponsors worked on a revamp to make it more palatable to lawmakers. Their alterations increased the cost to $45 million.

However, the LFC’s fiscal impact report, completed Tuesday, now puts that figure at $62 million per year, taking into account an anticipated 2-percent increase in enrollment, a 5-percent tuition hike on the part of the state’s colleges and a drop in federal grants to offset the cost.

Among other points, the fiscal impact report says the initial $26 million investment for the first year did not take into account the number of returning students who may take advantage of the bill now that it will cover up to six credits per semester for them to continue their education. That report says the first year will thus cost the state $36 million.

“Where’s the money going to come from to fund this program beyond this year?,” asked Rep. Craig Brandt, R-Rio Rancho. “The FIR [fiscal impact report] raises a lot of concerns in that respect.” Brandt was one of two committee members, both Republicans, to vote against the bill Wednesday.

Sen. Mimi Stewart, D-Albuquerque and a supporter of the bill, brought up similar concerns about the difference between the two figures.

“Twenty-six million vs. $36 million,” she said to Secretary of Higher Education Kate O’Neill, who presented the bill along with Sen. Bill O’Neill, D-Albuquerque, the sponsor of the legislation. “Why is it so much higher?”

Secretary O’Neill said she is “confident” in her numbers but said she will have her department clarify the figures.

Both Senate Bill 323 and its companion, House Bill 14, have undergone significant changes to make them acceptable to legislators who voiced concerns about how the program would work and whether it would serve the students who most need it.

The reworked bill calls for a two-year rollout, starting with a $26 million appropriation in the 2021 fiscal year to fund scholarships for students enrolled in two-year community colleges. The following year, the scholarship will become available to those seeking degrees at four-year institutions, adding $19 million to the pricetag.

Under the changes, the scholarship program proposal now provides funds to fill tuition and fee gaps for qualifying students after the state’s Legislative Lottery Scholarship and other state financial aid programs are applied — but before low-income students tap into federal programs, such as the Pell Grant.

Lujan Grisham initially had proposed awarding the Opportunity Scholarship after considering any federal funding a student would receive. The change means more federal financial aid will be freed up to cover other student needs, such as living expenses, health care and course materials.

A number of college administrators and educators spoke to that issue during Wednesday’s hearing. They told stories of students dropping out of college because they could not afford to replace a flat tire, pay for child care or buy books.

“This will help thousands of may students keep cash in their pockets to pay the living expenses and everything else they have to do so they can be on campus, ready to learn and succeed,” said James Malm, chancellor of the Gallup branch of the University of New Mexico.

Democrats on the committee applauded the bill and said it will ensure students of all income levels have a chance at landing a good job and contributing to the state’s workforce and economy.

The Higher Education Department estimates the bill will help some 55,000 students go to college free.

Republicans on the committee wondered whether colleges will raise their tuition — as many did years ago when the state’s Legislative Lottery Scholarship began paying those costs for eligible New Mexicans — and whether the free ride wouldn’t take away the incentive of applying for federal grants for students.

“People take the easiest approach, the quick approach,” said Sen. Gregg Fulfer, R-Jal. “There’s no motivation to really apply for that [federal grants] now. I think we’re hurting our schools by not requiring this.”

The fiscal impact report notes this possibility, adding that since the bill does not require high school students to complete the Free Application for Federal Student Aid (FAFSA), “it may create a disincentive which could decrease the amount of federal financial aid available to students in New Mexico.”