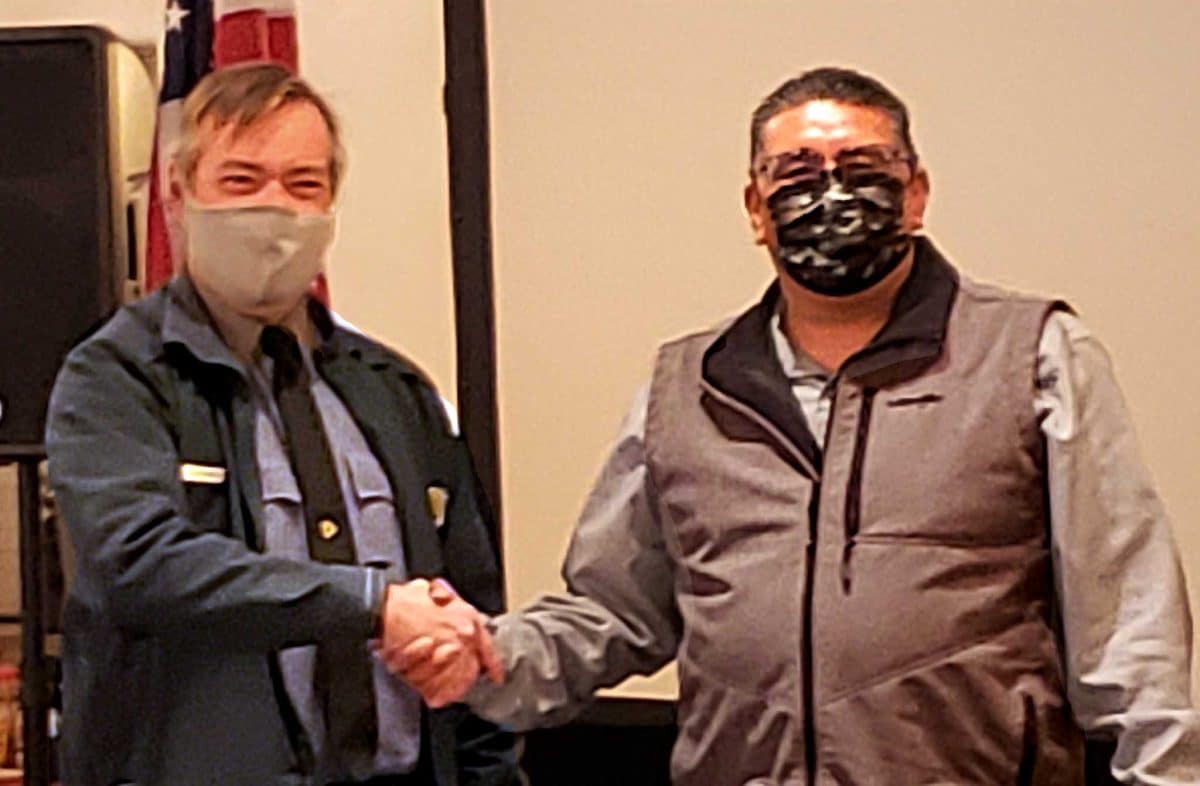 Santa Clara Pueblo and Bandelier National Monument have entered into a new agreement that will allow collaboration between the Pueblo and the Monument on a variety of projects in the coming years.

Members of Santa Clara and Bandelier staff celebrated the agreement with a signing ceremony Friday at the Santa Claran Hotel in Española.

Gov. J. Michael Chavarria of Santa Clara Pueblo and Superintendent Patrick Suddath of Bandelier praised the agreement as a substantial step toward greater partnership between the National Park Service (NPS) and the Tribal Nations that have ancestral and traditional ties to the Monument.

Santa Clara Pueblo is one of only a handful of tribes eligible to enter into agreements like this with the NPS under the Indian Self-Determination and Education Assistance Act, (Pub. L. 93-638, 25 U.S.C. 5361).

This agreement will allow the NPS to directly contract with Santa Clara Pueblo on a wide range of projects and support services that would have otherwise gone through federal procurement procedures. Bandelier and Santa Clara are exploring opportunities where the Pueblo can assist with park operations through this agreement.

“The signing of the Self-Governance Funding Agreement was a historic event for Santa Clara Pueblo and NPS, Bandelier National Monument,” Gov. Chavarria said. “This Agreement signifies the cultural landscape connection between the Pueblo and the Monument and enables the Pueblo staff to assist in various co-management activities such as cultural properties monitoring, maintenance of natural resources as well as roads and trails maintenance. Through this multi-year Agreement various additional opportunities for collaboration will be developed and pursued.”

Superintendent Suddath stated, “This is a historic moment for Bandelier … we are delighted at this significant step toward more meaningful collaboration between the National Park Service, and the Tribal nations that have such strong connections to the Monument.”

Santa Clara Pueblo and Jemez Pueblo have similar agreements with the Valles Caldera National Preserve. This is the first agreement of this kind for Bandelier National Monument.

Park entrance fees are $25 per private vehicle, $20 per motorcycle, or $15 per bicycle/individual. All entrance passes are valid for 7 days. Camping fees are not included in entrance fees. America the Beautiful– the National Parks and Federal Recreational Lands passes are accepted for entrance fees.

The full suite of America the Beautiful – the National Parks and Federal Recreational Lands passes as well as Bandelier Annual passes are available for purchase at the visitor center. For more information about types of passes and prices, visit: https://www.nps.gov/planyourvisit/passes.htm.