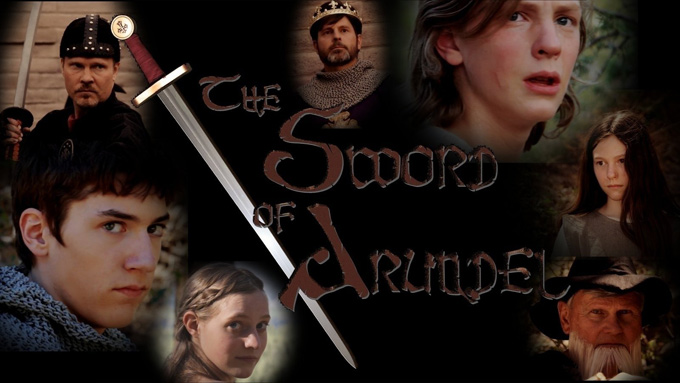 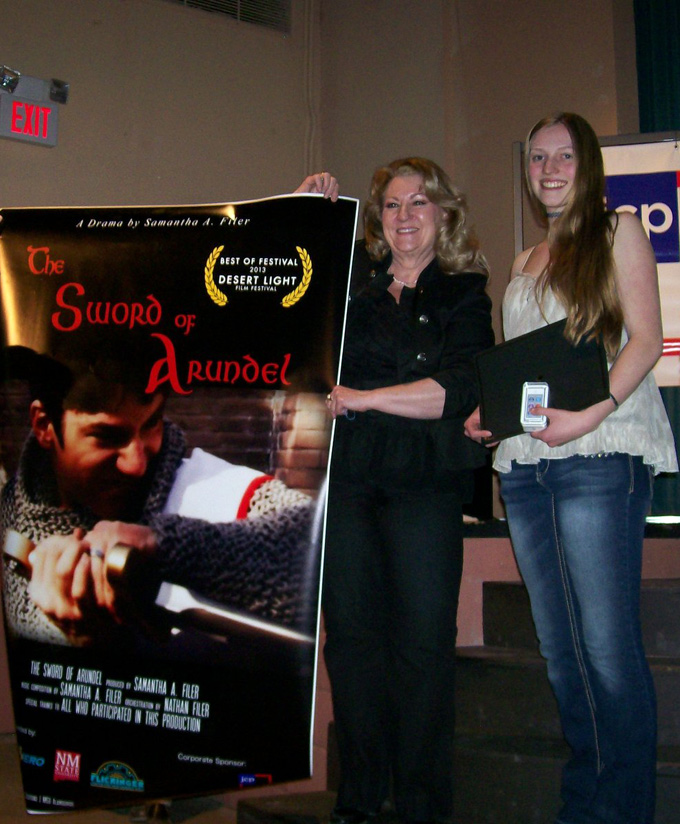 Samatha Filer, right, with the movie poster for her film that was one of her prizes. Courtesy photo

The festival was held on the campus of New Mexico State University and at the Flickinger Center for Performing Arts in Alamogordo.

“The Sword of Arundel,” a seven minute drama with a Lord of the Rings feel to it, was submitted by Filer of Jemez Springs. Not only was it Filer’s 17th birthday on festival day, but she won a movie theater size poster of her film and an IPod Nano as additional prizes to the $100 for winning first place in the High School division Drama/Comedy category.

“I have found my passion in making films,” Filer said, “and I hope to continue making films that encourage others.”

Filer began her creative career writing musicals for her siblings and cousins to perform for the family, and working on novels. At age 12, she turned to screenplay writing, producing her first five minute comedy, “Simple Complication” at age 13.

She has spent the last two to three years writing the script, directing, editing, and producing “The Sword of Arundel.”

She composed the original piano, Irish whistle, violin score, which took first place in the NM MTNA state composition competition in 2011, and which her younger brother, Nathan, 14, orchestrated into a soundtrack for the movie. Their sister, Bethany, 12, played the Irish whistle melodies, and Samantha and Bethany did the vocals for the soundtrack.

Desert Light was the first statewide film competition in New Mexico aimed at middle school and high school students. The festival and competition has been growing since it first began in 2004 and a record 127 films were entered this year from schools across the state including Albuquerque based schools Sandia Prep, Public Academy for the Performing Arts, Desert Academy and DATA charter school, Alamogordo High School, Deutsche Schule, Chaparral High School, Las Cruces High School and Mayfield High School.

The full 56 minute version of “The Sword of Arundel,” was shown twice in Los Alamos at the First United Methodist Church earlier this year. Filer hopes to coordinate with the local theater to show it in Los Alamos this summer.