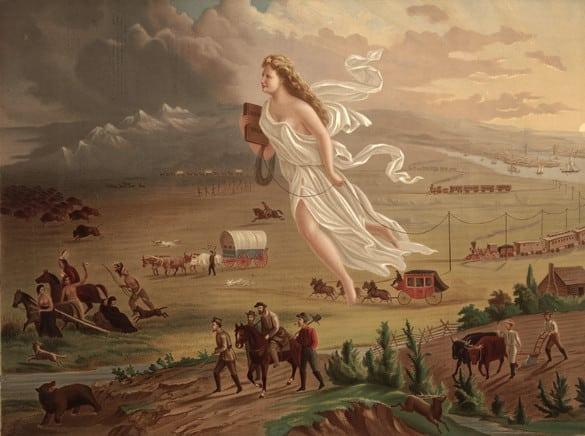 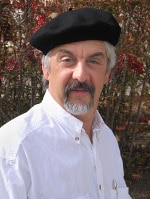 Rick Hendricks
HSFF News:
Historic Santa Fe Foundation presents the September Salon El Zaguán monthly lecture series with Rick Hendricks on Mexican History in New Mexico.
The talk is scheduled for 1 p.m., Wednesday, Sept. 12, in the sala of HSFF offices located at 545 Canyon Road, Suite 2, Santa Fe. There is no charge for admission for members and the non-members entry fee is $10. RSVP is required to 505.983.2567 or info@historicsantafe.org. Membership information on our Join & Give page.
The US invasion, occupation, and eventual annexation of New Mexico produced a dramatic clash of cultures and a period of conflict that extended deep into the territorial period. The standard narrative of the brief Mexican period (1821-1848) is that the Mexican central government ignored its frontier provinces, and that in any event, New Mexicans did not consider themselves Mexicans. This presentation will present evidence that New Mexican sociopolitical realities closely mirrored the often chaotic situation in the rest of the federalist Mexican republic (1824-1835) and the centralist Mexican republic Mexico (1836-1846).
During this period there were seventeen changes of chief executive in New Mexico; many of these men served mere months. Four of them were from the Durán y Chávez family of the Rio Abajo, and one, Manuel, Armijo, served three terms.
Between 1833 and 1855 Antonio López de Santa Anna was president of Mexico eleven times and vice-president once. On only two occasions did he serve a term that lasted more than a year. Although Stephen Watts Kearny’s forces met no significant resistance in 1846, which has given rise to the myth of a bloodless conquest, New Mexico reacted to the US occupation in a variety of ways, one of which was a protracted guerrilla war punctuated by a popular insurrection in 1847 with violent confrontations in Taos, Mora, and elsewhere.
Implementation of the 1848 Treaty of Guadalupe Hidalgo exacerbated tension between New Mexicans and Anglo newcomers. Even after New Mexico became a territory in 1850, cultural conflict persisted. This is most clearly seen in the religious sphere, where uncertainty over whether the native population and Hispano clergy would remain loyal to the Diocese of Durango or accept the authority of the Bishop of Santa Fe. This controversy dragged on until in was finally resolved in the 1870s.
About The Speaker
Rick Hendricks, PhD, is the New Mexico state historian, a job he has held since 2010. He received his BA from the University of North Carolina at Chapel Hill in 1977 and his PhD from the University of New Mexico in 1985. He also studied the history of Spain in the Americas at the Universidad de Sevilla. Rick is a former editor of the Vargas Project at the University of New Mexico. After the conclusion of the Vargas Project, he worked at New Mexico State University, most notably on the Durango Microfilming Project, helping to produce and edit a 1,400-page guide to the collection.
At NMSU Rick also taught courses in colonial Latin America and Mexican history. He has written extensively on the history of the American Southwest and Mexico. He has written, cowritten, and coedited more than twenty books. His most recent publications include two chapters on Freemasonry in The Santa Fe Scottish Rite Temple: Freemasonry, Architecture, and Theatre, edited by Wendy Waszut-Barrett and Jo Whaley (Santa Fe: Museum of New Mexico Press, 2018), and a book entitled Pueblo Indian Sovereignty: Land and Water in New Mexico and Texas (Norman: University of Oklahoma Press, 2019), coauthored with his long-time writing partner, Malcolm Ebrigth. Together with Deputy State Historian Rob Martínez, Rick is haltingly struggling to write a prosopography of Mexican period governors of New Mexico.
To RSVP, contact Jacqueline Hill at info@historicsantafe.org or call 505.983.2567.
LOS ALAMOS