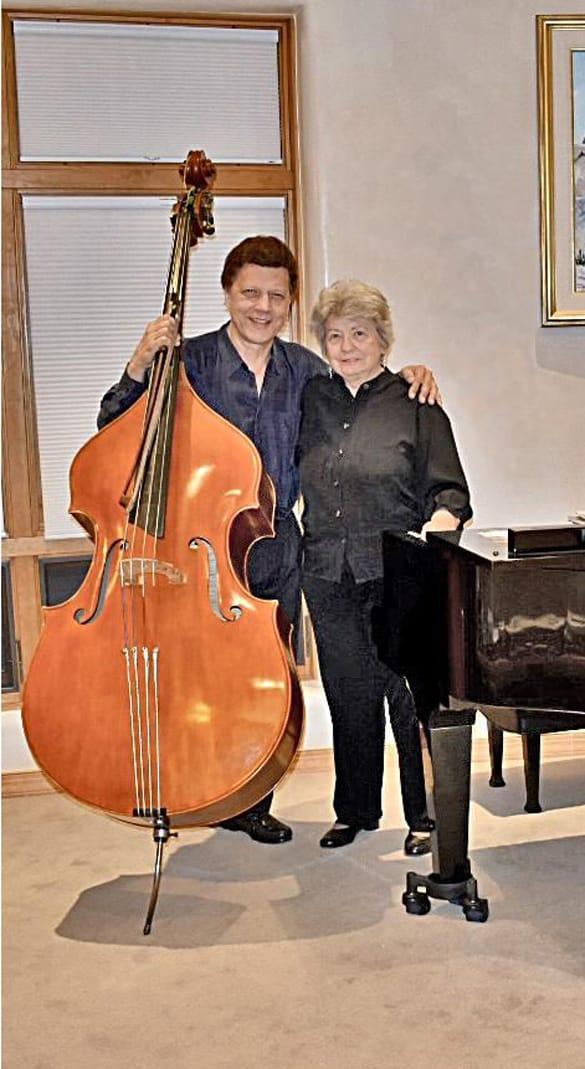 The program will include works by J. S. Bach-Marcello, L. v. Beethoven, Pablo de Sarasate, D. Shostakovich, Issac Albeniz and Fritz Kreisler.  All transcriptions for piano and double bass are by Laszlo.

Admission is free but donations will be accepted.

Laszlo, born of Hungarian parentage, received his early training on the violin and began bass studies at the age of 12. He later studied cello with George Neikrug and Stephen Kates. A scholarship student of Homer Mensch at the Juilliard School, Laszlo received Bachelor and Master of Music degrees in double bass. He served as principal bass of the Columbus Symphony Orchestra for nine years and appeared as a featured soloist with the CSO. In 1992 he was appointed to the faculty of the College-Conservatory of Music, University of Cincinnati, where he served as Professor of Double Bass. Laszlo joined the Juilliard School Faculty in 2006 and presently teaches double bass in the College and the Pre-College.

A faculty member of the Aspen Music Festival since 1994, he serves as principal bass of the Aspen Chamber Symphony and performs chamber music with other members of the Aspen artist-faculty. Laszlo is the author of “Double Bass Workbook” and has recorded “Favorites for Double Bass,” a collection of his transcriptions for double bass and piano recorded with Wood, who is his wife.

Wood served on the instrumental accompanying faculty at the College-Conservatory of Music, University of Cincinnati for 15 years. She was privileged to work in the studio of the violin teacher Dorothy Delay as well as the studios of many other prominent string teachers. As a collaborative pianist, she has performed widely in the United States and in Europe. An Ohio native, Wood began her piano studies with Ralph Zirkle in Springfield, Ohio and later studied in New York City with Sophia Rosoff. She holds the Doctorate of Musical Arts degree from Ohio State University.