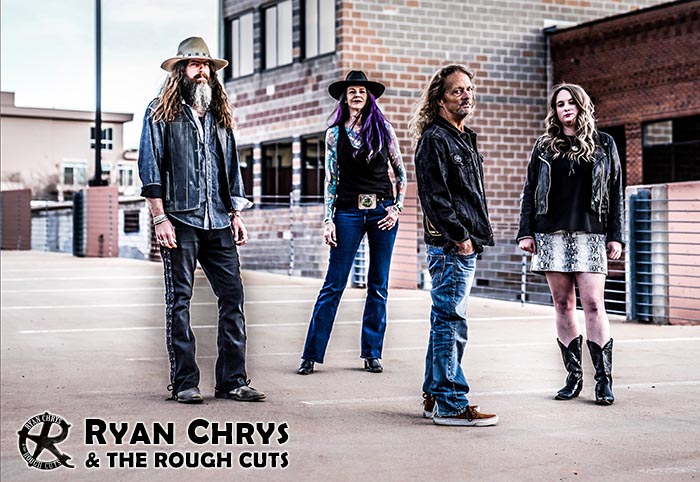 Ryan Chrys & The Rough Cuts take the stage for the Summer Concert Friday at the pond. Courtesy/Sancre Productions

Colorado outlaw country band Ryan Chrys & The Rough Cuts will take the stage in the third live concert back at Ashley Pond in the 2021 Los Alamos Summer Concert Series, presented by Toyota of Santa Fe and produced by Sancre Productions and Los Alamos County.

Ryan Chrys & The Rough Cuts formed in January 2013 and has been touring steadily through the north, mid and southwest states. The band is made up of Ryan Chrys on guitar and vocals, Susan Phelan on bass and vocals, Lauren Michaels on vocals, Jack Yoder on guitar and Michael Jochum on drums. This western outlaw music band has earned some prestigious local and national accolades including a nomination for “2018 Outlaw Group of the Year” by the Ameripolitan Music Awards. Colorado’s Country Music Hall of Fame also honored them as “2019 Band of the Year.” To learn more about the band, visit: www.roughcutsband.com.

All remaining concerts in the 2021 series will include food vendors recruited by Los Alamos County and poured and packaged alcohol in the New Mexico Craft Beverage Garden by Santa Fe Spirits. Additionally, the United Way of Northern New Mexico will be hosting the Live United Row, an exhibit of nonprofit and community partners serving Los Alamos and the greater northern New Mexico region. Series presenter Toyota of Santa Fe will be featuring their all new 2021 Toyota of Santa Fe cars, trucks and SUVs at the concert exhibit pad near the Justice Center. The official Los Alamos Summer Concert Series afterparty will take place at the VFW immediately following the show.

“Sponsors are the lifeblood of our concert series,” Sancre Productions Spokeswoman Monica Griego said. “We are honored to have the support of new business sponsor Coca-Cola Bottling Company and returning sponsor N3B who teamed up together to bring Ryan Chrys & The Rough Cuts to the 2021 Los Alamos Summer Concert Series lineup.”

For more information about these sponsors visit: www.coca-colasantafe.com and www.n3b-la.com.