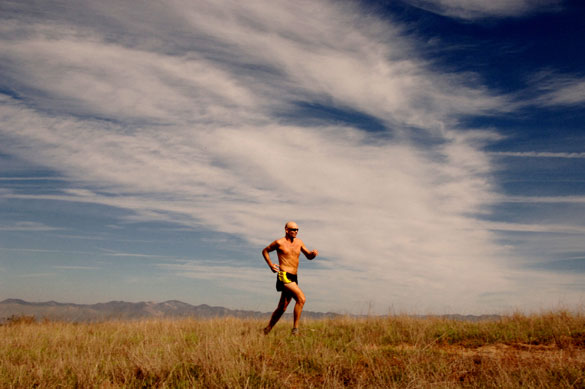 “Run Free: The True Story of Caballo Blanco,” as feature-length documentary about ultra-running legend Micah True will premiere at the Reel Deal Theater in Los Alamos at 7 p.m. Tuesday, April 21. The one-night-only event is sponsored by the High Altitude Athletics Club of Los Alamos. 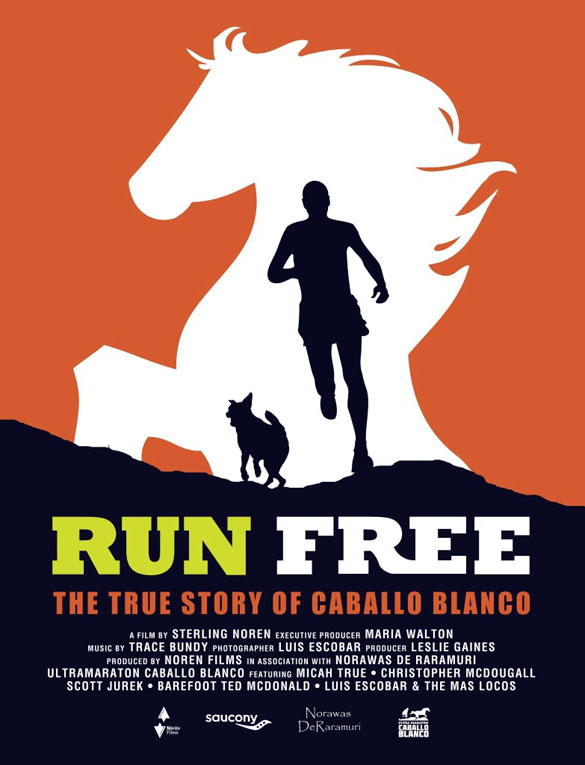 Micah True, better known as Caballo Blanco – the White Horse – was the focal character of Christopher McDougall’s 2009 best-selling book “Born to Run: A Hidden Tribe, Superathletes and the Greatest Race the World Has Never Seen” about the Tarahumara Indians of northern Mexico.

Also known as the Rarámuri, or Running People, they are some of the best long-distance runners in the world.

Caballo Blanco was an enigmatic visionary who lived and ran with the Tarahumara after moving to remote Copper Canyon in the 1990s, and who created the 59 Copper Canyon Ultra-Marathon to honor their running traditions and aid in their sustainability.

Now in its 13th year, the race attracts hundreds of local Tarahumara to the village of Urique to compete alongside some of the best runners in the world. All race finishers receive 500 pounds of corn, which the international runners traditionally donate to the local Tarahumara, commemorating the spirit of sharing, or “kórima,” which is a way of life among the natives of Copper Canyon.

The documentary is directed by Sterling Noren, a filmmaker from Seattle who met Micah True in 2009. Most of the material for the film was recorded in the weeks leading up to the 2012 race. Shortly after that race, Micah True disappeared in the Gila Wilderness of New Mexico during his daily run, prompting ultra-runners from all over the country to drop everything and join in the search. His body was recovered several days later, found on a trail in a deserted canyon by some of his friends.

“We wanted to tell the story of Micah True in a way that was exciting and authentic, so that viewers could get a sense of what an amazing and inspiring person he was,” Noren said.  “Micah’s vision lives on and his legacy is honored in this film. The film shares Micah’s compelling message of love, hope and kórima with the world while helping sustain the people and culture that meant so much to him. We’re honored to be part of this project and are committed to keeping Micah’s mission alive.”

“Micah’s genuine passion for honoring the sacred running traditions of the Tarahumara people was the essence of his being,” said Maria Walton, executive producer of the film and Micah True’s girlfriend at the time of his death. “We made this film to share Micah’s vision of hope for the Tarahumara culture and empower people everywhere with his joy of running.”

The ninety-minute film, told through the eyes of Caballo Blanco, is sponsored by Saucony, which will host the world premiere of the film in April with shows in New York City and in Boston during this year’s Boston Marathon. A special premiere of the film was held during this year’s Copper Canyon Ultra-Marathon in Urique and the film’s nationwide tour of the film will begin on April 21 in Los Alamos, a place where Micah True spent many days running the trails. Another special premiere in True’s hometown of Boulder, Colo., is scheduled for May 28.

The film recently won the 2015 Bud Greenspan Memorial Film and Video Award, presented by the Track & Field Writers of America. It also has been entered in several international film festivals. In addition, the film also was named winner of the prestigious Award of Excellence from the IndieFEST Film Awards, which recognizes film, television and new media professionals who demonstrate exceptional achievement in craft and creativity, contributing to profound social change.

The IndieFEST Film Awards said of its latest winners, “The IndieFEST is not an easy award to win. Entries are received from around the world from powerhouse companies to remarkable new talent. The judges were pleased with the exceptional high quality of entries,” of which Run Free was singled out for its creative excellence.

A percentage of the film’s profits, including from DVD sales, will go to benefit Norawas de Rarámuri (Friends of the Running People), the non-profit agency founded by Micah True to preserve traditional Tarahumara culture. Norawas de Rarámuri works to provide maize, non-GMO seed corn, and cash awards for participating Tarahumara runners, both men and women alike. On this way, the organization offers Tarahumara families nutrition during drought and support for a tradition of small farms necessary to both physical and cultural survival.

Tickets for the event are $11 in advance at www.imathlete.com/events/runfree or $15 at the door the night of the show. The Reel Deal Theater is at 2551 Central Ave. in Los Alamos.

The High Altitude Athletics Club was formed in the 1970s to promote endurance running in Los Alamos. The club currently sponsors the Jemez Mountain Trail Runs and the Valles Caldera Runs. Proceeds from these events supports the Wally Walters Scholarship and the Aaron S. Goldman Scholarship, as well as other local causes such as the Volunteer Task Force which helps to build and maintain local trails. For more information, go to www.highaltitudeathletics.org.

For more information about the film, go to http://www.runfreemovie.com./