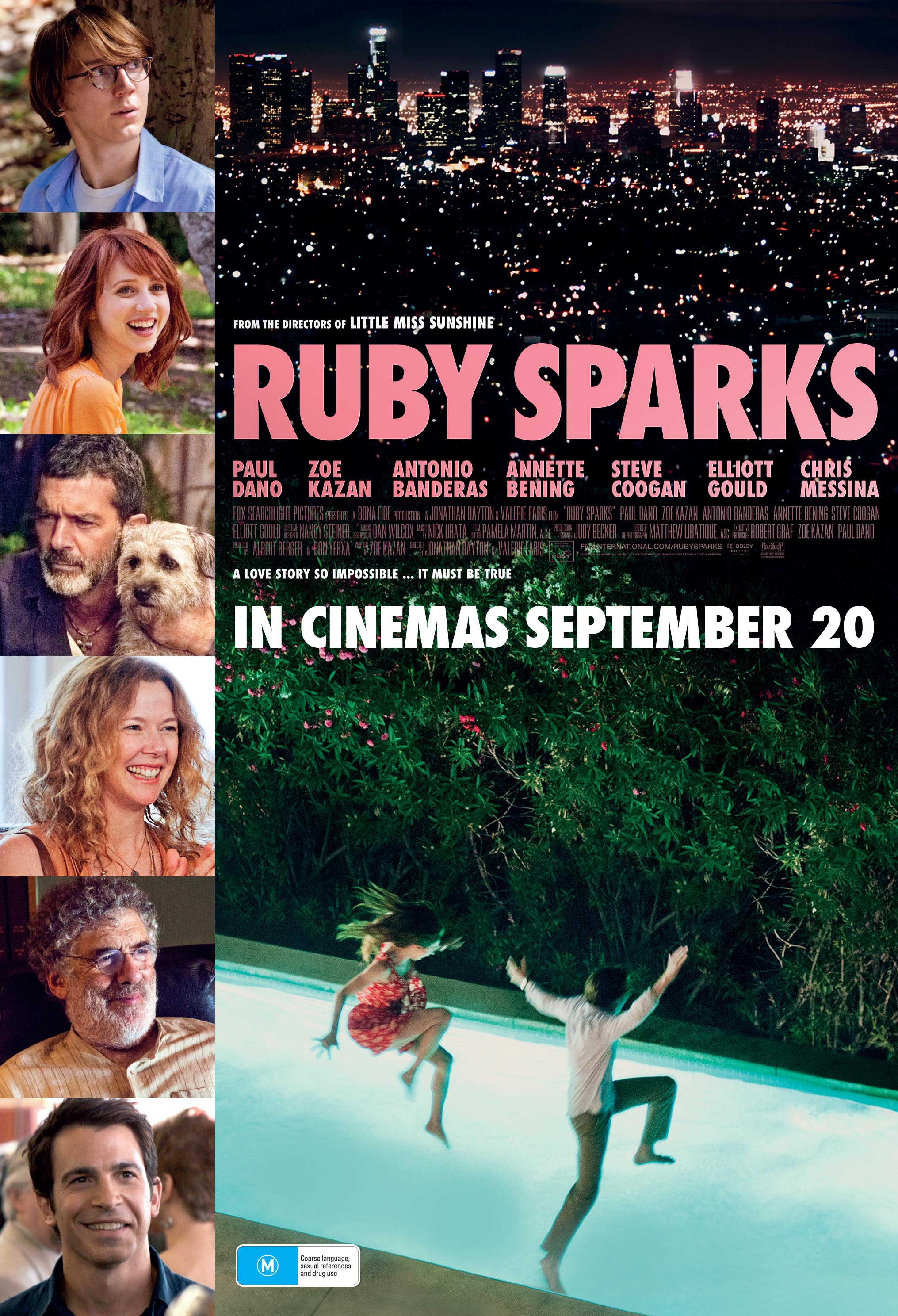 It tells the story of young novelist Calvin Weir-Fields (Paul Dano) who has not recovered from his early success. Nor has the acclaimed “genius” recovered from his father’s death or his break-up with his first serious girlfriend. He cannot write, he cannot maintain friendships and he can barely be kind to his dog.

From this nadir, he begins to dream. And he dreams, like many of us would in his leaky, lonely boat, of love.

He imagines a girl (Zoe Kazan) with red hair, bright tights, endearing quirks, and absolute adoration for him. He writes her down. Thrilled to be writing again, he is deeply involved before he realizes he is in love with his Ruby, even if she is a product of his own mind.

The plot reminds me of “Lars and the Real Girl,” which screened at the library in February, in that its protagonist chooses a paramour who is not alive in the usual way. Except here, Calvin knows the deal, and further, is firmly in control of the woman he claims to love.

Also unlike Lars, Calvin never lets go of the fantasy. I think we’re supposed to believe he does, but ultimately, the ending makes it too easy for him to fall in love, again, with himself.
Nominated for six big-time awards, including a Saturn and an Independent Spirit, “Ruby Sparks” has been vetted by some of the best.

So, quite possibly, this is a wonderful film.

The Free Film Series presents a movie the first Thursday of nearly every month, thanks to the Friends of Los Alamos County Libraries. For more information, call the library at 505.662.8240