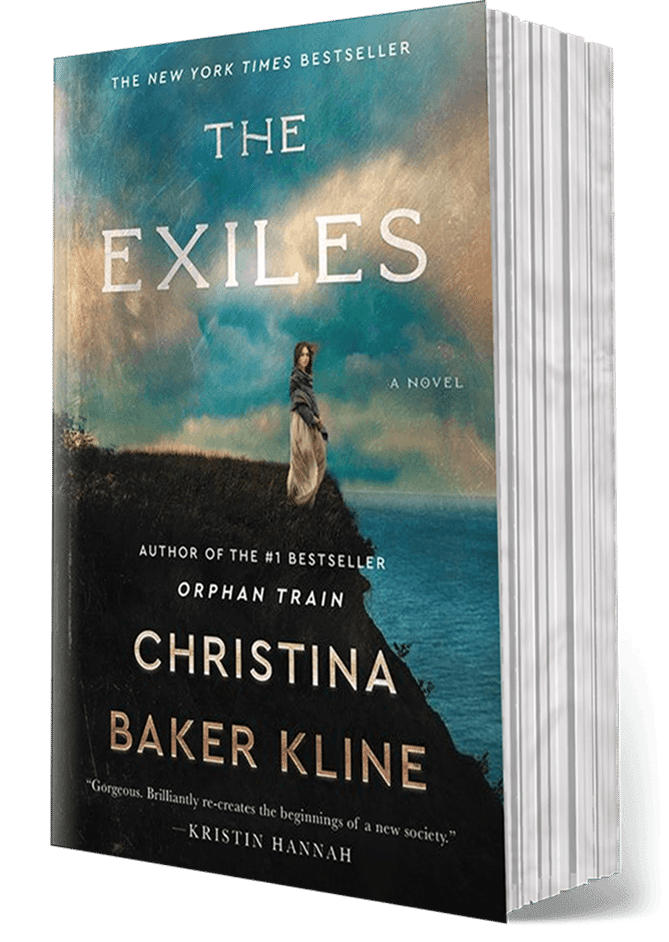 “I haven’t spoken with a Rotary Club for 20 years,” remarked author Christina Baker Kline as she visited the Rotary Club of Los Alamos, via Zoom, from her home in New York City in early November, the month Rotary International celebrates the humanitarian services provided through The Rotary Foundation.

A New York Times #1 best-selling author of eight novels, including The Exiles, Orphan Train, and A Piece of the World, Kline received a six-week Rotary fellowship to study in Australia while a graduate student in the Creative Writing program at the University of Virginia in the late 1980s.

She and three other students were awarded the opportunity through a Rotary Group Study Exchange, an initiative designed to introduce students and business entrepreneurs to their counterparts in a foreign country.

During their stay, participants in a Group Study Exchange live in the homes of different hosts, experiencing the day-to-day lives of each family and enjoying area sightseeing and cultural traditions. (In 2012, the Rotary Club of Los Alamos hosted a contingent of Group Study Exchange visitors from South Africa.)

Kline said that the opportunity Rotary offered helped inspire her writing career. She confided that inspiration often strikes with a “tingle” when an idea for a book’s theme comes to her.

She said she has come to trust that intuition.

Kline acknowledges she is a conscientious researcher and will spend enormous amounts of time in libraries, museums, and archives around the world to portray accurately the historical time period in which her historical fiction novels are set. She relates that she has become an adept interviewer as well, incorporating details from individuals’ conversations with her that will enhance and support the fictional story she weaves around the backdrop of history. Kline said that “themes of literacy, education, and opportunity, especially for women and girls,” run through her writing and that she “often finds inspiration in the adversity” of her characters.

Kline, who said she makes herself write each day, revealed that the plot of her next novel of historical fiction, The Foursome, will be based on a Civil War-era story rooted in her own family history. She is listed as the executive producer of a TV series for her latest novel, The Exiles, a story that involves women convicts removed from England and sent to Australia, and the displacement of Aboriginal peoples. Much like Laura Ingalls Wilder, the author of her favorite childhood books, the Little House series, Kline is drawn to the concept of “settling,” adjusting to change and hardship, and finding a sense of belonging whether literal or figurative.

Christina Baker Kline was born and raised in England with parts of her youth spent living in the United States–in Maine, where she spent much of the pandemic with her family–and in the Southeast. She received her Master’s of Fine Arts degree in creative writing in 1990 from the University of Virginia where she was a Henry Hoyns Fellow in Fiction Writing. She is also a graduate of Yale and Cambridge.

Her novels have received the New England Prize for Fiction, the Maine Literary Award, and a Barnes & Noble Discover Award, among other prizes, and have been chosen by hundreds of communities, universities and schools as “One Book, One Read” selections. Her essays, articles, and reviews have appeared in publications such as the New York Times and the NYT Book Review, The Washington Post, The Boston Globe, The San Francisco Chronicle, LitHub, Psychology Today, and Slate.

She has taught fiction and nonfiction writing, poetry, English literature, literary theory, and women’s studies at Yale, NYU, and the University of Virginia, and served as Writer-in-Residence at Fordham University for four years. She is a recipient of several Geraldine R. Dodge Foundation Fellowships and Writer-in-Residence Fellowships at the Virginia Center for the Creative Arts.

They are the parents of three sons, Hayden, Will, and Eli.

For more information about the author, please go to https://christinabakerkline.com/.

Readers may also enjoy a short video about The Exiles which Baker Kline shared with Rotarians: https://youtu.be/PsaPaNt_V2E

The Rotary Club of Los Alamos meets in person Tuesdays, 12-1 p.m., in the Community Room, Cottonwood on the Greens, at the golf course. A Zoom option is available by contacting Linda Hull, Rotary Club vice-president, 505.662.7950. Hull is also happy to provide information about the Club and its humanitarian service.