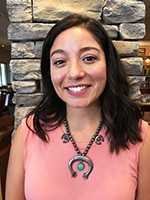 Former Regional Coalition of LANL Communities executive director and candidate for House Dist. 46 Andrea Romero said what hasn’t been clear in recent discussion of RCLC issues is “intent versus what is now considered criminal because it’s been petitioned to the Attorney General’s Office”.

“I think if the point of the board is to be able to move forward … everyone needs to know that the intent was to have a proper board with good parameters, to be able to do good work in the community,” she said during an interview Wednesday with the Los Alamos Daily Post. “I can’t imagine that these public servants are just there to go to a meal in Casa Luca or go to a $28 ticketed baseball game. This isn’t why people were convening on behalf of the Coalition. It was to participate in ensuring the right thing with the Coalition itself. There are so many people covering the story now, but some of them never even knew what the Coalition was formed to do.”

Romero said the intent piece is really important and why people were convening and what the intention was for the board to have even participated in anything Coalition-sanctioned and Coalition-related and that that just needs to be made clear.

“Were there many, many things mishandled and that could have and should have been done better? Absolutely. And of course, with the intelligence and brainpower there, absolutely. What hasn’t been well-demonstrated is that there’s no intent by anybody to hide, to not disclose. Everything is available publicly. How things resolve themselves hopefully is what’s important and that they put all policies in place to move forward,” Romero said. “I wasn’t doing the work for nothing either in the sense that I chose the work to be the executive director because I loved the work and loved working in the communities that I could be an advocate for. What’s important is that there’s no intent to have done wrong. I can’t imagine that anyone had any intent to do wrong in this situation.”

Romero said that when she began working with JLH Media as their contractor for the RCLC executive director in 2015, she met with then Los Alamos County Deputy Manager Brian Bosshardt to go over what the County’s role and her role were. She said they went through the submission of reimbursement requests where she would prepare a reimbursement form with mileage reports and line items for Coalition board expenses. She said then it was Bosshardt’s job to go through and review it and then when it was all in order he would submit it to the Coalition treasurer for approval.

Romero said she had never reviewed a Coalition contract until she was contractor and proprietor of Andrea Romero Consulting (ARC) in 2016. She said when Bosshardt trained her, he didn’t refer to the contract or review it, that they just walked through how things would be submitted. She said the protocol directed her to reimburse any board expenditure in relation to the board.

This was Romero’s justification for submitting the request for reimbursement for her controversial dinner at the Bull Ring Steakhouse in Santa Fe with former Santa Fe Mayor Javier Gonzales, former RCLC board member Kristin Henderson and National Security Administration Intergovernmental Affairs Director Harris Walker. Romero said the group’s convening in total was to discuss when they would get to know more about the Los Alamos National Laboratory management and operations contract transition and whether the contract was going to be for profit or non-profit – questions the Coalition had been asking early on.

Asked why a receipt that was not itemized or receipts indicating the purchase of alcohol would even have crossed the table to Los Alamos County as the fiscal agent, Romero said “because every board expenditure was told to me to be submitted – starting with Brian Bosshardt”.

“For any official business of the Coalition and that’s why we convened together for dinner, was reimbursable. And the second bit of that was that 100 percent anything improper such as alcohol was not to be expended. The bill was actually split by two parties – between Harris (Walker) and myself. The intention was for me to cover food and he to cover anything else,” she said.

Asked if it wasn’t equally improper for Walker as a federal employee to pay for alcohol, Romero said as she understands it, Walker was not paying for it in his official capacity and that “he is joining with us in his unofficial capacity when he’s putting his credit card down”. She stressed that she had taken full responsibility for the bill and had paid it back immediately after it was brought to her attention.

Romero maintained that what she was instructed from inception was that anything “board-related, anything Coalition related” should be submitted for reimbursement, the County would review it and send it to the Coalition treasurer. Anything that was missing or confusing would be revised. As far as what policies he (Bosshardt) was following and what his procedure was, it was his own. As we know now, they weren’t following any specific procedure, not even the coalition’s travel policy. That goes for Steve (Lynne) and Brian Bosshardt,” she said.

Romero said the first time the travel policy was questioned was following the purchase of a first class airline ticket for Gonzales, which was justified by the seat being the only one available on the particular flight.

“That’s what triggered Steve (Lynne), myself and Henry (Roybal) to sit down on Oct. 27 and say wait, if this isn’t in the policy, how can we allow it. That’s when we convened and actually Steve took the reins of it saying this policy is even inconsistent with itself and that he would go forth and fix this making sure that the policy in place was in fact not only correct but making sure that it actually was in the practice of the Coalition with what my services were provided for. So not only was the policy in question but my contract, because they are inconsistent throughout. And so, Steve took the lead,” she said.

With regard to the allegations concerning duplicate mileage reimbursements, Romero said it never happened. She indicated she and staff member Scarlet Rendleman carpooled to Coalition events whenever they could, but that Rendleman often had to arrive earlier so that she could set up. She added that the state auditor’s office never interviewed Rendleman during their investigation. She also pointed out that she herself had never been interviewed by the state auditor’s office.

In response to a question about her request to Coalition board members that they consider lodging a formal request to Los Alamos National Laboratory to investigate whether Beverly Duran-Cash, president of Northern New Mexico Protects and Heather Nordquist, her opponent now in the House Dist. 46 race and a former officer of NNMP (both employees of LANL), Romero said she had been advised to do so because of the “aggression” of those who had asked for records under the Inspection of Public Records Act, in particular Duran-Cash and Nordquist, to protect the board and herself as executive director.

At the conclusion of Wednesday’s interview, Romero said essentially everybody in good faith was acting as best they could to understand that the function of the Coalition was the most important thing.

“Any improper expenditure that was submitted absolutely needs to be taken responsibility for and for me to have even submitted a request that was improper, baseball tickets, alcohol, I take full responsibility for that. I’m deeply sorry to everyone, the Coalition, the public, for even making those requests and that’s why I have paid it back in full and certainly want to work with the auditor, the Coalition, anyone, to make sure that those improper expenditures and if there are any additional ones are paid back in full,” Romero said.