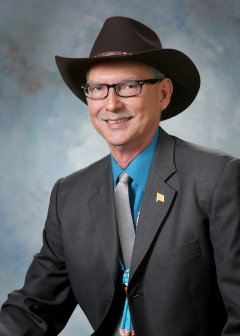 State Rep. Miguel García ensnared himself in an ugly mess years ago by attacking two legislative candidates for no reason except the color of their skin. Both are white.

García, D-Albuquerque, this week returned to race as a rallying point for his initial opposition to House Bill 265.

The long-term goal of this bill is to help local governments tap federal matching funds to create public trails and parks.

But García said he saw something nefarious outside the lines of the legislation. This led him to write a message to 19 fellow House members, most of them ethnic minorities, about what he remembered as a race-based attempt to hurt many residents of Northern New Mexico.

“HB 265 could not come at a worse time. Land Grants in the Taos area are coming off a victory of holding off an influential white led environmental group from the East Coast who were pushing to create ‘wilderness areas’ on Forest lands that were once common lands of the Santa Barbara (Peñasco) and Las Trampas Land Grants,” he wrote.

García followed up Tuesday night while delivering an often incoherent 19-minute speech about the bill. He returned to his claims about mostly white outsiders trying to control land use in New Mexico.

“They were real aggressive,” García said of the environmental group. “They wanted a resolution from the Taos County commission supporting the effort to declare portions of that forest wilderness. And they didn’t stop there. They brought in their Learjets and wined and dined the commission.”

As with most speeches García inflicts on the public, he was vague about details.

Who were the influential white people with Learjets and expense accounts?

I asked asked him for specifics about his race-based claims of outsiders leading an effort to hurt ethnic minorities. He didn’t reply to the question.

Instead, García wrote me an email in which he explained how he shifted to supporting HB 265 after he reviewed it. He even tacked on his own amendment to broaden the group that would oversee attempts to create more parks and trails.

I followed up, asking again about his allegations.

“I have no more to say on this matter then what I have stated,” García wrote in an email.

The story he told about powerful interlopers appears to have been embellished from a July 2016 hearing of the Legislature’s Land Grant Committee. García is a member of that panel.

Bonifacio I. Vasquez, who was president of the trustees of the Santa Barbara Land Grant, testified about difficulties his group had encountered.

“In recent years, we have seen a movement by environmental groups to move people off the land,” Vasquez said to the committee. “Now, we have the Forest Service doing the same thing by adopting policies that cut access to resources used and needed by our communities.”

Never in his briefing to the legislative committee did Vasquez speak about skin color or Learjets. And he blamed the U.S. Forest Service and other government agencies as much or more than any environmental group.

“Folks, whatever we are doing at federal, state and local government levels for Peñasco and the 20 surrounding communities is not working,” Vasquez told the committee.

Some House members were troubled enough by García’s email about hardhearted white interlopers to flag the message.

Many in the chamber also remember García’s false claims in 2014 about two white people who ran against Hispanic House candidates in the Democratic primary election.

“Anglo Democrats with egos as big as Texas, mouths as big as the Grand Canyon and much green mula from the east and west coast,” García wrote in an email.

He issued a weak apology after fellow Democrats criticized him for making skin color his issue.

García didn’t know the people he savaged in the primary campaign. He’d only seen their fair complexion in photos.

This time, García didn’t mention anyone by name. But he was back spewing claims about white elitists trying to control people in New Mexico.

Egolf said HB 265, by freshman Rep. Kristina Ortez, (D-Taos), was a good bill and he was glad García supported it.

As for García, when he’s not issuing statements that increase the racial divide, he likes to talk about his own work. He calls himself a civil rights leader.

Ringside Seat is an opinion column about people, politics and news. Contact Milan Simonich at msimonich@sfnewmexian.com or 505.986.3080.