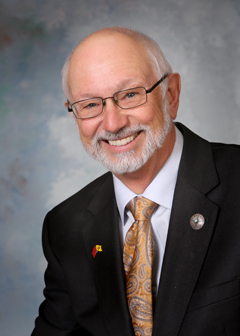 “… it is unacceptable that women are making 78 cents to the dollar for men who are doing the same work.” –Sen. Jerry Ortiz y Pino

Two bills, each entitled Employee Preference Act, failed to pass the committee by a vote of 5-3. The bills were pushed by Gov. Susana Martinez and corporate special interests including the American Legislative Exchange Council (ALEC), the U.S. Chamber of Commerce, and the Koch brother network of right-wing organizations.

“Senate Democrats are fighting for an agenda that addresses the real preferences of employees; one that creates jobs, raises wages, makes workplaces safer, makes college affordable, smaller class sizes for their kids, early education opportunities for their youngsters, and more investment in New Mexico,” said Sen. Jerry Ortiz y Pino, D-Bernalillo. “Women workers’ strong preference is for more pay equity, because it is unacceptable that women are making 78 cents to the dollar for men who are doing the same work. Workers prefer more job opportunities, which means we should be investing in our infrastructure through capital outlay projects to improve our schools and senior centers, and address the backlog of water projects and needed road and highway repair.”

According to the Congressional Research Service, workers make on average $7,000 less each year in work states that enact these laws than workers in states that protect workers’ economic security. Quality of life suffers in those states, too; there are higher poverty levels, and fewer people with health insurance through their employers, weaker public education funding and weaker pensions. Workers in New Mexico already have some of the lowest median incomes in the nation – wages would decline even further if the anti-worker legislation were enacted.

“Sponsors of these bills named them ‘employee preference’ acts, but in reality these bills don’t address the real preferences of workers,” said Sen. Daniel Ivey-Soto, D-Bernalillo. “Working people in New Mexico are hurting today, and their strong preference is that we focus on their bottom lines:  more jobs, better wages, affordable health care, and their children’s education.  What they really prefer is that the Legislature and the Governor enact an agenda that grows the middle class, not shrinks it.”

Senate Democrats’ priority is their ‘Ready to Work’ Jobs Package. It creates 73,000 jobs and contains more than 40 bills addressing the need for more employment and economic activity in urban and rural areas of the state, across a broad range of occupations.

“These bills were a smokescreen for the failed economic policies of Governor Martinez during the last four years, which created no jobs,” said Majority Floor Leader Sen. Michael S. Sanchez , D-Bernalillo and Valencia. “The latest national rankings show New Mexico has lost ground in terms of jobs and the economy. Unlike these symbolic bills that create no jobs, Senate Democrats have a legislative jobs package to create new jobs and stimulate economic growth now.”