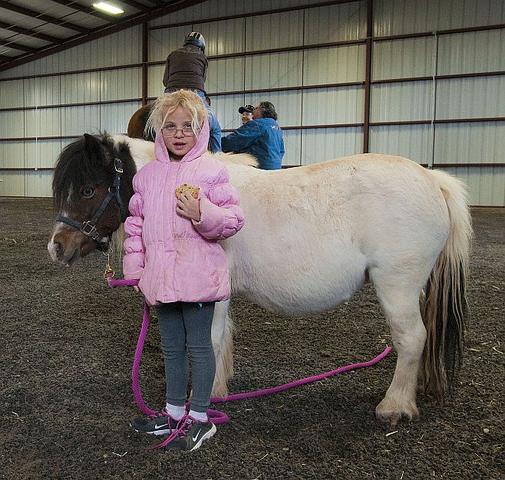 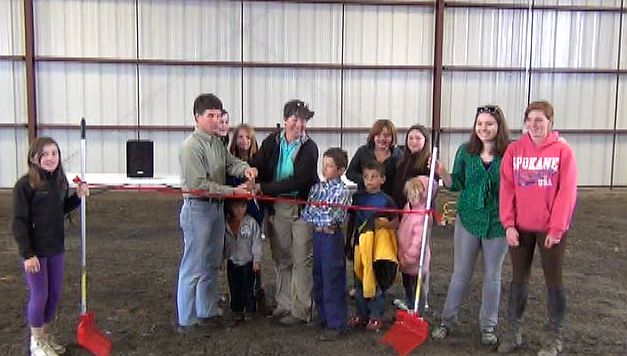 A crowd gathered for a ribbon cutting ceremony Friday afternoon, March 22 for the newly completed multi-use covered arena in the North Mesa neighborhood of Los Alamos.

Designed as a place to ride and exercise animals during inclement weather, the Los Alamos County Council approved  the project in May 2010.

The budget for the project was $786,421 and included the large 200' x 75' arena and three covered pens on the east side of the structure. Restrooms were built near the south side of the building adjacent to a large entrance.

Horse riders and many other groups plan to make use of the arena. It is anticipated that dog training and skills groups, dog rescue teams and 4H Club members also will use the arena.

Some participants at Friday's event commented that the arena might even be a great place to hold a Gordon's Summer Concert or two.

Contractor Richardson & Richardson Inc., was responsible for procurement of the 200’x75’ pre-manufactured metal building, the earthwork, site work and construction of the building.

Many gathered for the ribbon cutting ceremony expressed that they were impressed by the size and pleasant environment of the new arena. The weather outside was cold and windy during the ceremony but those inside of the arena said they were very comfortable.

Rodgers, who led the ground breaking ceremony, noted that he didn't even need a jacket.

June Wall, who was letting her horse Ticket try the arena for the first time said, "This is incredible, my daughter had horses up here when she was just a kid and now she is in her 40's. We've been out here a long time and this is an incredible facility for the County. We can also use it for dog agility, so this will be a great facilty for dogs to come and train."

Anthony Strain, Project Manager for the arena project said, "We broke ground in late October. We were on schedule and under budget. We worked through the dead of winter in some harsh, harsh conditions … many weeks of zero or right there temperatures … Richardson & Richardson, the contractor, they soldiered right through. We had 11 weather days and they were bad days."

Editor's note: Check out the latest new feature in the Los Alamos Daily Post: Local "Quote of the Day" found at the bottom of our front page! 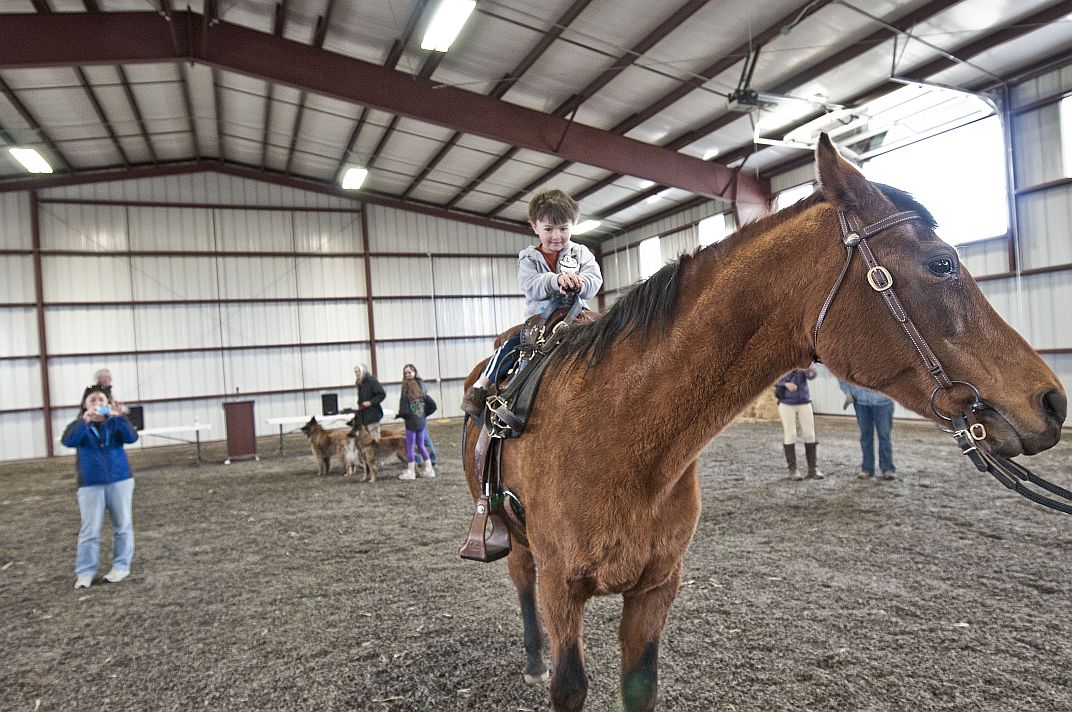 Jason Rodgers, son of Council Chair/master of ceremonies Geoff Rodgers, takes a horse ride on "Dream Ticket" who is owned by June Wall in the new multipurpose arena while Jason's mother Marla Rodgers snaps a photo.  Photo by Greg Kendall/ladailypost.com 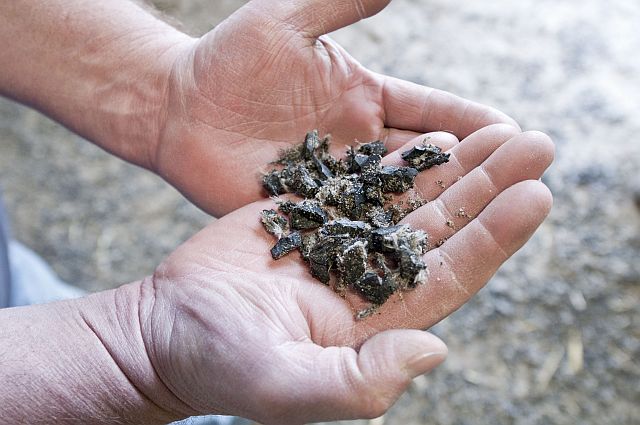 Ground up recycled tires are mixed in the dirt to create a soft floor for the new multipurpose covered arena to protect horses shins from injury.  Photo by Greg Kendall/ladailypost.com 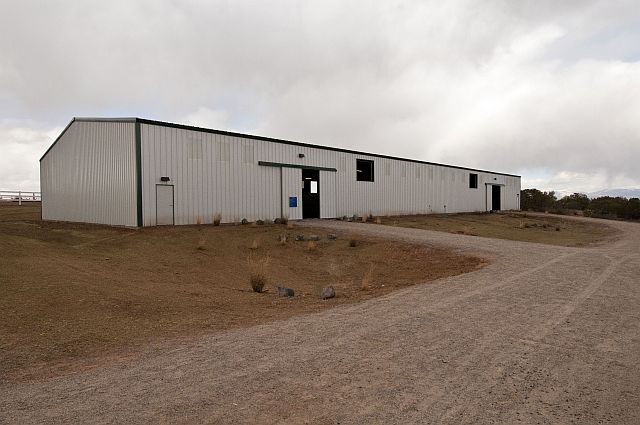 An outside view of the new covered arena on North Mesa. Restrooms are installed at right, just out of photo range. Photo by Greg Kendall/ladailypost.com

View a short video of Friday's ribbon cutting ceremony below: