Review: Take a Trip to the 70s with Frost/Nixon 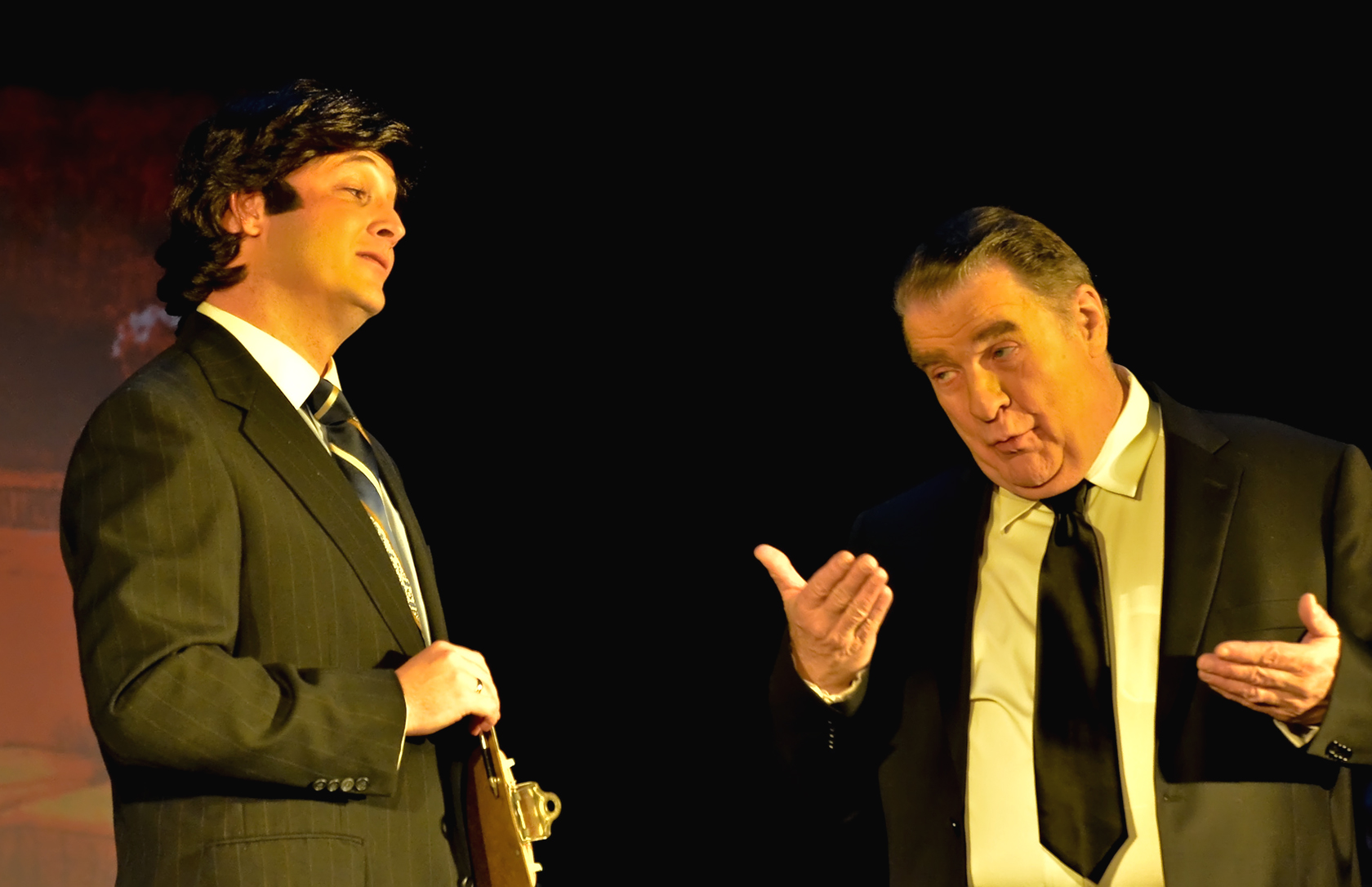 Frost/Nixon is a trip down memory lane for those of us who were there, but maybe it’s more important that those who weren’t there see this play.

If you want to understand the 1970s, certainly a pivotal time in American history, there’s no better way to get a feel for the period than to see Front/Nixon.

The Los Alamos Little Theatre is presenting an excellent production of Peter Morgan’s play this month. The show portrays the 1977 television interviews between David Frost and President Richard M. Nixon, watched by millions of viewers.

In a stunning performance, Grady Hughes captures the character of Nixon in all his sweaty, grandiose, intelligent, emotional and ultimately tragic complexity. His Nixon captures the man without becoming a caricature of Nixon’s famous mannerisms.

Don Monteith is equally terrific as the suave, somewhat vain Frost. The ultimate talk show host, Frost longs to be taken seriously as an interviewer.

A quintessential man of the 70s, Frost is the sort of figure seldom seen today—the hip Brit in his Italian shoes, expert at interviewing celebrities and being seen at all the right parties.

Monteith also manages to capture the driven man behind the image, whose self-doubt and need for approval mirror Nixon’s own inner demons.

It’s up to these two characters to stand in for those who hate Nixon and those who love and respect him. Everyone seemed to belong to one of these two camps in the 70s.

Front/Nixon centers on whether Frost can get Nixon to apologize for his role in Watergate, something no one had yet accomplished.

Frost, with his ability to swim smoothly in the television medium would seem to have the upper hand, but Nixon, notoriously slippery when on the spot, has plenty of tricks up his sleeve in spite of his longstanding difficulties with appearing likable on camera.

Frost’s ultimate triumph has to do with more than looking good in a close-up. His team urges him to attack Nixon, but he manages to do more. He connects with Nixon the man. It’s Reston’s facts that corner Nixon, but it’s Frost’s ability to understand him that finally allows Nixon to take responsibility for his actions.

Nixon presented raw emotion – seldom seen in political figures now-a-days. It makes him human in a way that sound bites and rehearsed speeches never could. Hughes captures all this without making Nixon seem any less frightening and flawed as a man and as a President.

Director Courtney Lounsbury stepped up when Jillian Burgin had to step down shortly after the play was cast and has done an excellent job bringing the project to fruition.

The sets are minimal but well done and the use of video footage is remarkably effective. Pam Justice’s costumes are spot on without being overstated. Lighting crew Jess Cullinan and Brandon Cullinan add to the production’s success.

LALT just seems to get better and better. Don’t miss this one.