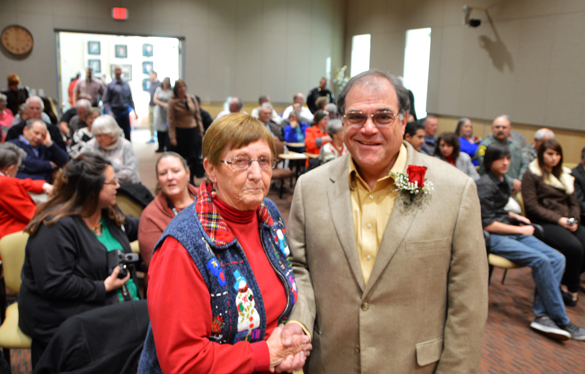 County Council voted unanimously Tuesday evening to adopt a resolution proposed by Vice Chair David Izraelevitz requesting the citizens of Los Alamos County to vaccinate against childhood illnesses when medically possible to do so. Photo by Carol A. Clark/ladailypost.com 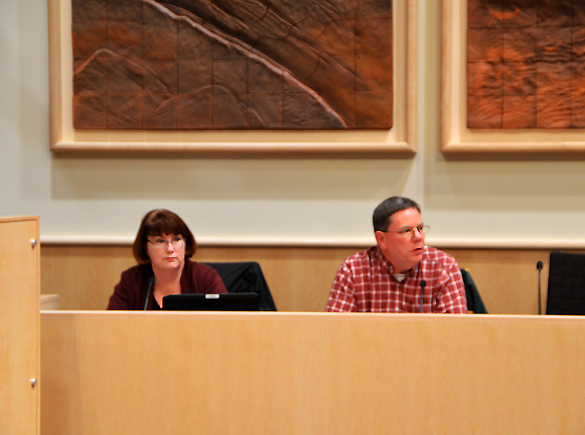 Los Alamos County Council voted 7-0 Tuesday night to adopt a resolution proposed by Vice Chair David Izraelevitz requesting the citizens of Los Alamos County to vaccinate against childhood illnesses when medically possible to do so.

Los Alamos County Public Health Nurse Andrea Cunningham and Dr. Michael Nichols presented vaccination data to Council during the meeting. They explained that there have been seven times more religious or philosophical exemptions than medical.

“At two of our elementary schools the exemption level approaches 4 percent … at that point you get worried that the herd effect is not going to protect our kids,” Nichols said.

The Department of Health published a list of Counties with the highest numbers of children whose parents or guardians have opted to claim an exemption against vaccination. Los Alamos County ranks second on the list. The health of infants too young to receive vaccinations as well as those who are medically unable to receive vaccinations is largely dependent upon the rate of vaccination in the rest of the population.

The resolution Council passed Tuesday urges those who are medically able to obtain vaccinations against diseases for which vaccination is available to do so.

NOW, THEREFORE, BE IT RESOLVED by the governing body of the Incorporated County of Los Alamos that the potential for the outbreak of a communicable childhood disease presents the possibility of a real health emergency in the County.

BE IT FURTHER RESOLVED that, in view of the nationwide outbreak of measles and the high rate of vaccination waivers in Los Alamos County, the governing body of the Incorporated County of Los Alamos urges parents and others responsible for making decisions concerning the vaccination of children against childhood diseases get recommended vaccinations for their children.

PASSED AND ADOPTED this 3rd day of March, 2015. COUNCIL OF THE INCORPORATED COUNTY OF LOS ALAMOS. 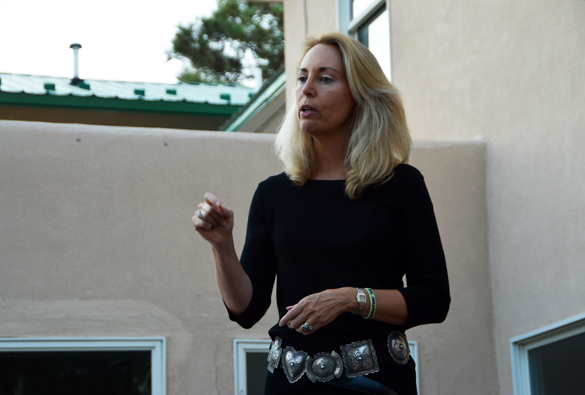 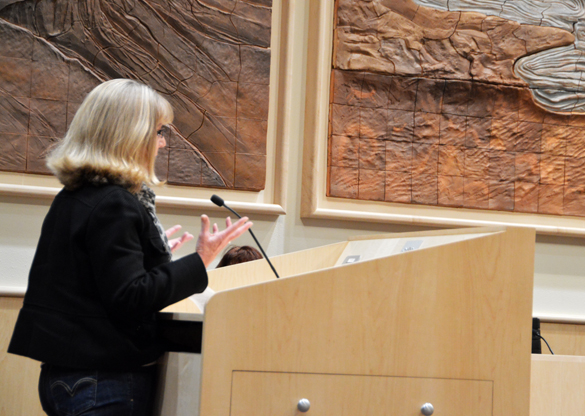 Kathy Anderson of Aspen speaking in favor of the County’s proposed vaccination resolution. Photo by Carol A. Clark/ladailypost.com 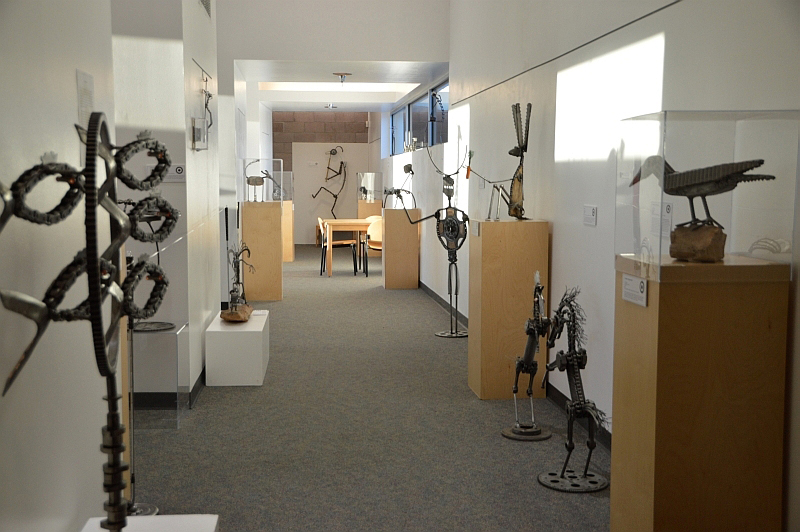 Speaking as an individual and not as County Assessor, Ken Milder voices his support for the proposed vaccination resolution. Photo by Carol A. Clark/ladailypost.com NMEOD is concerned that the number of vaccine exemptions among school-aged children increased again in 2014. An increase in vaccination exemptions can increase the risk for outbreaks of vaccine-preventable diseases, such as measles.

“We know the majority of the people who get measles are unvaccinated,” said Department of Health Secretary Retta Ward, MPH. “Since measles is still common in many parts of the world and travelers with measles continue to bring the disease into the US, we want all New Mexicans to know that it can spread when it reaches communities where groups of people are unvaccinated.”

New Mexico law allows parents to request vaccination exemptions for their children based on medical need or religious beliefs. The exemptions registered with the Immunization Program at the Department of Health are as follows:

An ongoing measles outbreak linked to Disneyland theme park in Orange County, California is highlighting the importance of vaccinations, and drawing attention to the public health risk associated with declining to get immunized. In 2015, there have been 84 measles cases in 14 states. Most of the cases are linked to the park outbreak.

New Mexico has not identified any cases connected to the California outbreak. New Mexico’s most recent case of measles was confirmed in December 2014 in a baby who did not receive the first measles vaccination. It was not determined where or how the baby was exposed. The baby was hospitalized and recovered.

Measles is a very contagious respiratory disease caused by a virus. It is so contagious that if one infected person has it, 9 out of 10 exposed people who are not immune will also become infected. It spreads through the air when infected persons cough and sneeze. It can live for up to two hours in an airspace where the infected person was coughing or sneezing, and on surfaces.

Infected people can spread measles to others who are not protected from 4 days before to 4 days after the measles rash appears. Measles symptoms usually appear about 7 to 14 days after a person is infected with the virus. Measles generally starts with:

The measles rash usually begins 3 to 5 days after symptoms start. When the rash appears, fever can reach 104° Fahrenheit or higher.

Measles can be a serious illness in all age groups. Children younger than 5 years of age and adults older than 20 years of age are more likely to get measles complications which include ear infections and diarrhea. Severe disease can require hospitalization, lead to complications, and in some cases cause death.

The Centers for Disease Control and Prevention and the New Mexico Department of Health recommend that all children get two doses of Measles, Mumps and Rubella (MMR) vaccine, starting with the first dose at 12 through 15 months of age, and the second dose at 4 through 6 years of age.

Generally, adults born before 1957 are considered immune and do not need vaccine. Adults born in 1957 or later who are not sure of their immunity against measles should get at least one dose of MMR vaccine. It is important for international travelers to be protected and there are special recommendations for those persons.

To find out if your vaccinations are up to date, see your healthcare provider. The Department of Health offers vaccinations for people without insurance or who are otherwise not able to get immunized. Find a Public Health Office in your area today!