Repair Work to Cause Temporary Closure of Bandelier’s Alcove House 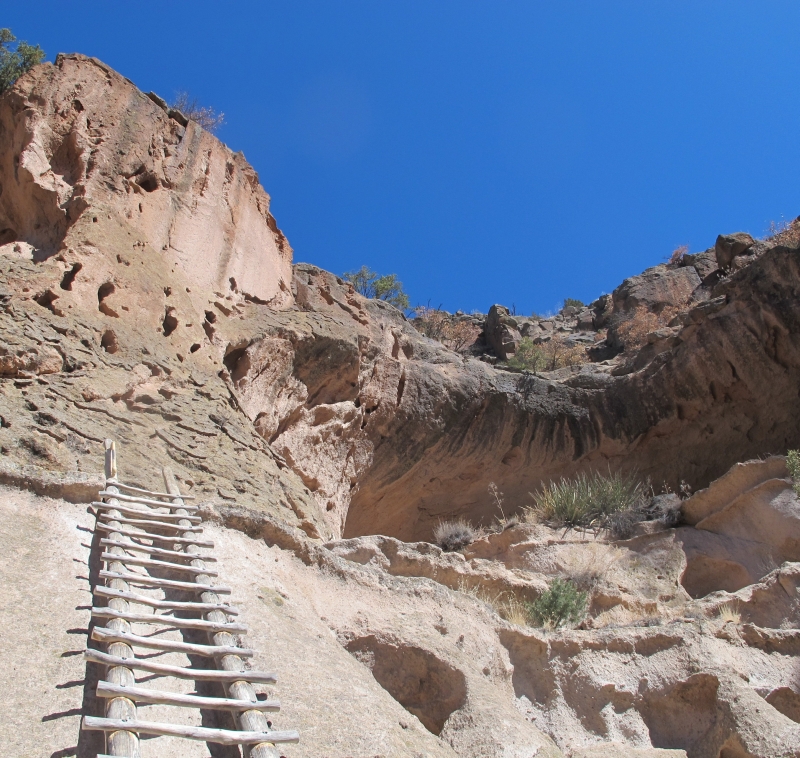 One of the ladders leading up the cliff to Alcove House, Bandelier National Monument. Courtesy/NPS
BANDELIER News:

For months, the stonework of the kiva at Alcove House (formerly known as Ceremonial Cave) in Bandelier National Monument has become more and more unstable.

Recently that part of the alcove was fenced off as a temporary measure so visitors could go up the ladders and enjoy the rest of the alcove while staying clear of any rocks that might break off from the weakened kiva walls. Now arrangements are in progress for a major project to begin in June to remove unstable wall sections and stabilize the kiva’s structure.

The work will make it necessary for Alcove House to be closed to visitors June 10-16, open June 17 through June 21, and closed again June 22-Aug. 22. The trail past the base of the Alcove House trail will remain open throughout, except for occasional short periods when the moving of materials blocks the way.

“We truly regret having to close a site as popular as Alcove House, especially during the summer season. We know it is a favorite of many visitors,” Park Superintendent Jason Lott said. “It is not something the park would choose to do if there was an alternative. But there is real danger of a wall falling and injuring visitors. When the whole project is completed, Alcove House should be available to visitors for years to come, as well as being better preserved than before.”

The initial stages of the project will include taking apart unstable sections of the overlying stonework, and then assessing the condition of the original Ancestral Pueblo walls beneath. These walls have not been seen since the first stabilization efforts took place in the early 20th century. No one knows yet what has happened to them in the more than one hundred years since then. It is hoped that they are in good condition, but serious erosion may have occurred; the old walls will be repaired where necessary before new stabilization is done.

Getting supplies up to the alcove, 140 feet above the canyon floor, will be very challenging, since ways must be found to get equipment, water, and tons of dirt and rocks up and down. Sturdy bridges are being built across Frijoles Creek to allow supplies to be carried from the Visitor Center, more than a mile away.

For further information on this project, and other events at Bandelier, check the website at www.nps.gov/band, follow Twitter or BandelierNPS, or call the Visitor Center at (505) 672-3861 x 517.

Bandelier National Monument is open daily. To visit, stop at the Visitor Center in White Rock and take one of the free shuttle buses, which run every 20 minutes between 8:20 a.m. and 5:10 p.m. Before 9 a.m. and after 3 p.m., visitors may drive their own vehicles into the park.