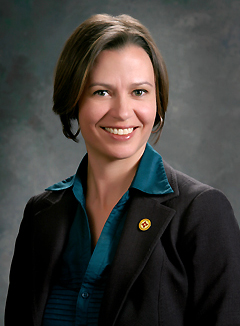 HB 130 recently passed unanimously on the House floor and is now headed to the Governor’s desk where she will have 20 days to sign or veto the legislation.

“HB 130 is a critical step  in protecting our small businesses throughout the state contract bidding process and one more tool to help promote and grow our local economies,” said Garcia Richard, D- Los Alamos, Santa Fe, Sandoval and Rio Arriba. “I am proud that both sides of the aisle unanimously came together to ensure the state’s purchasing power props up New Mexico businesses over out-of-state corporations.”

Garcia Richard urges all individuals, businesses and communities that would be positively effected by this legislation to reach out to Gov. Susana Martinez and let her know you support her signing HB 130 into law. Governor Martinez can be reached at 505.476.2200.

Background
Yearly, the state of New Mexico purchases more than $5 billion in goods and services and relies on the state procurement code to determine who will receive these state contracts. In previous sessions, Rep. Stephanie Garcia Richard has worked with the New Mexico Association of Commerce and Industry, local businesses and community leaders to address shortcomings in the state’s procurement code and to ensure that New Mexico businesses are competitive when bidding against out-of-state companies for state contracts.
This year, Garcia Richard introduced legislation to increase the responsibilities of the state procurement committee to ensure local proposals are reviewed in a timely manner, so that it’s competitive and fair for locally owned businesses.

Supporters of the bill and one of the leading voices behind business development in New Mexico, the New Mexico Association of Commerce and Industry released the following statement on the passage of HB 130:

“The House’s unanimous support for HB 130 only further illustrates the overwhelming support for procurement reform throughout New Mexico. This bill adds transparency and accountability to the way New Mexicans’ tax dollars are spent, and helps keep funds in New Mexico to be reinvested here and create more local jobs. That is good for taxpayers, good for business, and good for New Mexico.”