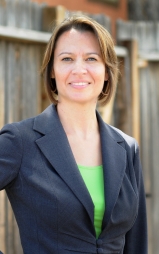 In her 2013 Legislative Session Review, Rep. Stephanie Garcia Richard issued the following information to her constituents:

It has been an honor to serve as your State Representative for District 43 and I am excited to continue to work together as we build a better New Mexico.

This year, I was appointed to two very important committees to our community; House Appropriations Committee and the House Education Committee.

Both committees afforded me the opportunity to play a vital role in some of the most important legislation this session.

Along with securing numerous capital outlay funds for various projects throughout House District 43, I am very proud to have cosponsored the JTIP job incentives bill which invests in local workers by offering financial support for hiring and training new employees.

My three cosponsors and I were able to secure three million dollars for this program that brings jobs into New Mexico and District 43.

This session, I also sponsored legislation to support our youth and science programs, increase DWI prevention, expand Health Insurance coverage, protect our vital water supply as well as invest in renewable energy storage incentives to address needs at LANL. In total, I was able to get four memorials and two bills pass this session!

As a body we were also able to close the tax loophole known as “combined reporting”. Until now, out-of-state corporations were able to avoid paying part or all of their New Mexico income taxes.

We closed that loophole thereby leveling the playing field for our in-state corporations. This was part of a larger corporate tax overhaul and is an issue I campaigned on. I am glad we were able to accomplish it in my first session.

Heartfelt thanks to everyone who made my first session a truly encouraging experience. While the challenges we face are many, I commend the overwhelming sincerity and civility with which you have communicated your ideas and concerns to me.
Please feel free to contact me any time, my email is stephaniegarciarichard@nmlegis.gov and my legislative phone in Santa Fe is 986-4436.
Again, it is a privilege to serve as your State Representative and I look forward to working with you in the future.