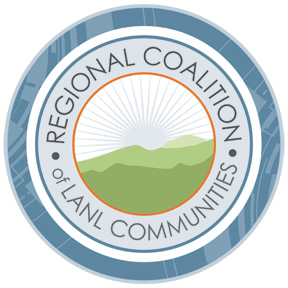 Last week, U.S. Senators Tom Udall and Martin Heinrich and U.S. Rep. Ben Ray Luján announced that the Department of Energy (DOE) and the White House sent a reprogramming request to Congress in the amount of $19 million. Reprogramming will allow the DOE to move necessary funds between their accounts during the current fiscal year but must be approved by the White House Office of Management and Budget and Congressional Committees with jurisdiction.

At last month’s Regional Coalition meeting in Española it was shared that for fiscal year 2013 the Obama Administration had requested $239 million for LANL cleanup budget. However, a continuing budget resolution froze the cleanup funding level at $189 million and sequestration cuts further reduced that figure to $173 million. Both New Mexico Gov. Susana Martinez and the Regional Coalition have been strong advocates for the reprogramming funds for New Mexico.

“Without the re-programming, we will see furlough notices and serious impacts in our ability to expedite the removal and off-site shipment of transuranic (TRU) waste currently stored above ground at LANL,” Coss said. “This is an opportunity for the federal government to keep their promise to the state of New Mexico.”

To date three of the four relevant Congressional Committees have approved the request and the delegation is advocating for an additional $21 million from the National Nuclear Security Administration (NNSA) to meet a federal agreement with the State of New Mexico.

About the Regional Coalition of LANL Communities: