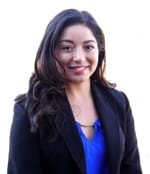 Since I was hired as executive director in 2015, we have worked together to ensure that LANL is responsive to the issues and concerns of our northern New Mexico communities.

RCLC has been the sole organization to go to the U.S. Congress and request increases for cleanup of nuclear waste at LANL. These requests have continued to increase from $184 million in 2016, up to $191 million in 2017, and a $217 million request for 2018. These funds bring critical jobs to northern New Mexico to remediate polluted land and water, making our communities safer and more environmentally sound.

RCLC has also led efforts to protect $176 million in tax revenue for New Mexico and local communities and helped to ensure more than $3 million in investments into LANL’s Community Commitment Plan, funding education, economic development, and charitable donations to La Clinica del Pueblo de Rio Arriba, CASA Child Advocates, San Martin de Porres Soup Kitchen, and other organizations that provide critical services to those in need. I am proud of RCLC’s work in northern New Mexico and believe RCLC is essential for the health and well-being of the region.

Recently, allegations have been raised about the travel expenses and reimbursements of RCLC. In October 2017—well before these allegations were raised—the RCLC’s Treasurer, Los Alamos County fiscal agent, and I recognized problems and conflicts in its travel policy and we began working to fix the problems.

When I began serving as executive director in 2015, it was explained this was RCLC’s travel reimbursement procedure: to seek approval for an expense (e.g. a dinner with board members in Washington, DC), pay for the expense with my own funds, and then request a reimbursement, subject to approval by Los Alamos County and RCLC’s Treasurer. I never attempted to hide an expense and I would never have requested reimbursement for anything that I thought was out of compliance.

I also do not believe RCLC’s Treasurer nor Los Alamos County would have approved an expenditure or reimbursement request if they did not believe those expenditures were permissible. Simply put, as a private contractor, I did not know that alcohol included in a meal was not allowed. That has been the practice of RCLC since before I joined. I should have known better, and I apologize for my mistake. I have also offered to reimburse RCLC for those alcohol charges for RCLC meals, which I paid for.

Integrity matters the most for me.  For those who know me personally, I believe they will agree that integrity is the value I hold most dearly. It pains me that my decision to run for office has brought negative scrutiny to the organization I am so proud to have worked for. This negativity is a sign of the vicious politics of our day. It doesn’t excuse my mistake, but it saddens me to know what lengths people will go to tear people down.

Since I have served as executive director, I have reduced operating costs and expanded RCLC’s mission for northern New Mexico. For this work, my annual performance reviews by the Board have been commended in all areas. It is an honor to serve as the Executive Director, and deeply respect the commitment of each community and Board Member. The Coalition plays a critical role in northern New Mexico, and I will continue to do my utmost to ensure that RCLC’s mission is advanced.