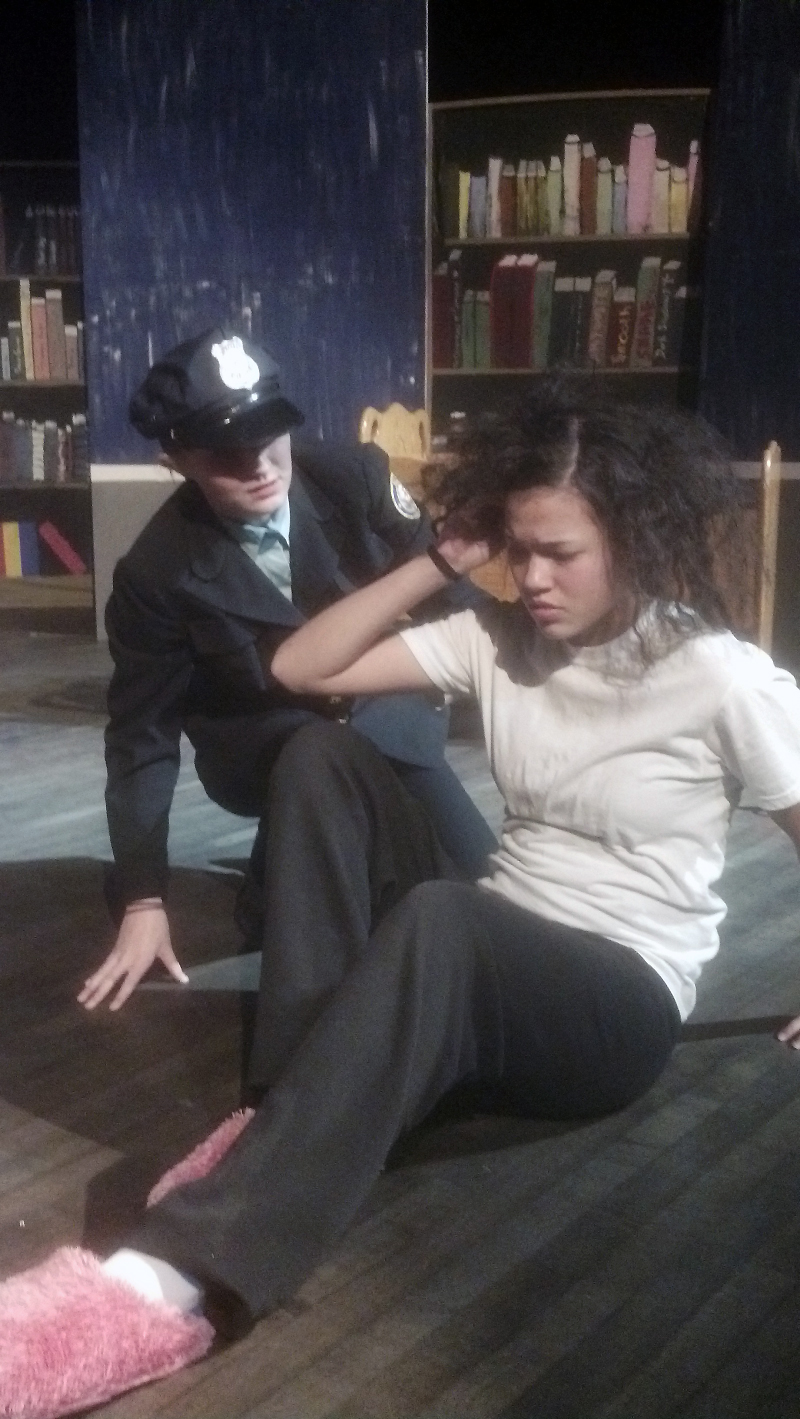 Anastasia (Haley Henson) and policewoman (Rebecca Varjebedian) discuss the baby in “Nothing Is What It Seems” written and directed by senior Alexandria L’Esperance. Courtesy/Olions

As always, this year’s plays, which ranged from heart-breaking to mind-twisting to bully-breaking, showcased the multiple talents of the Olions.

“Nothing Is What It Seems” written and directed by Alexandria L’Esperance, explored the nature of relationships. Haley Henson played a very credible frazzled and worn out young mother, Anastasia, while Nate Hall was convincing as the slick, cold, bully Anthony. Katie Downing as Karissa, Charlie Herrmann as Mark, and Rebecca Varjebedian as the policewoman rounded out the cast.

In her piece “The Jelly Beans of Ward 9” Monica Poston, who also appears in the piece, gave us another wild romp with quick dialogue and a silly dance number thrown in. The two big surprises of this play were Chip Mielke as the voluptuous but not so shapely Ms. Trenta de Trixie, and Peter McAninch as Cholas, the mellow groovin’ janitor. The cast also included Rosemary Vigil, Ben Reichelt, Rebecca Varjebedian, Kate Margevicius, Monica Clark and Ashley Renfro.

Dan Hill’s “Will” capped off the night with a reality shifting play, which questions whether our own will should truly be the thing that controls us. Megan Hay as Tara and Hannah Purtymun were the perfect contrast. Mirelle Naud showed her versatility and powerful facial and body expression. Brandon Cullinan’s was the quiet and unassuming Paul.

Lighting for the productions was by Ben Reichelt and Justine Dombrowski, sound by Peter McAninch, building by Holiday McAllister, props by Kate Margevicius, costumes by Dakota Klasky, hair by Haley Henson and make-up by Alex L’Esperance. House head was Charlie Hermann and Tammi Froggett was the move/stage hand.

The Olions are off to a great school year under the sponsorship of Rachel Peck who joined the LAHS staff in August.

Editor’s note: The Olions Thespian Club was created in the 1950s by the first Theater Manager, Ross Ramsey, of what was then the Civic Auditorium now Duane Smith Auditorium. It is an after-school organization that puts on four shows a year: a fall play, student-directed one-acts, Topper Revue and a spring musical. 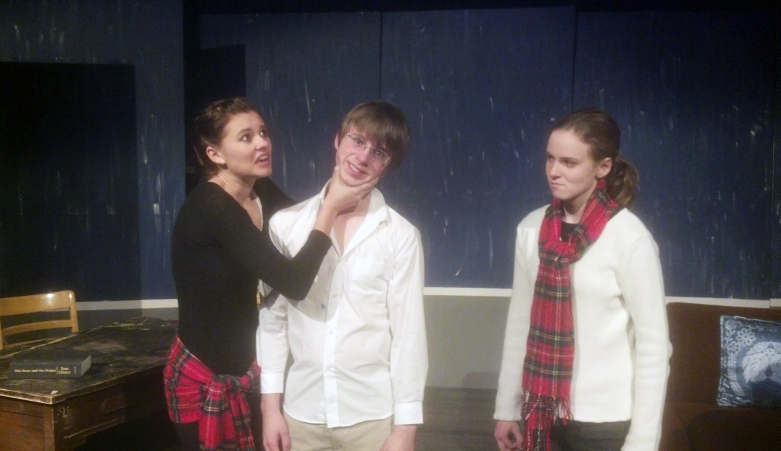 Mirelle Naud, left, as Will, Brandon Cullinan as Paul and Megan Hay as Tara in “Will” written and directed by Daniel Hill. Courtesy/Olions