Quantum Computers Will Be Able to Simulate Particle Collisions 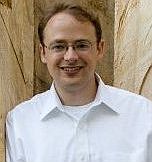 Quantum computers are still years away, but a trio of theorists has already figured out at least one talent they may have.

According to the theorists, including one from the National Institute of Standards and Technology (NIST), physicists might one day use quantum computers to study the inner workings of the universe in ways that are far beyond the reach of even the most powerful conventional supercomputers.

Quantum computers require technology that may not be perfected for decades, but they hold great promise for solving complex problems.

The switches in their processors will take advantage of quantum mechanics – the laws that govern the interaction of subatomic particles.

These laws allow quantum switches to exist in both on and off states simultaneously, so they will be able to consider all possible solutions to a problem at once.

This unique talent, far beyond the capability of today’s computers, could enable quantum computers to solve some currently difficult problems quickly, such as breaking complex codes. But they could look at more challenging problems as well.

“We have this theoretical model of the quantum computer, and one of the big questions is, what physical processes that occur in nature can that model represent efficiently?” said Stephen Jordan, a theorist in NIST’s Applied and Computational Mathematics Division. “Maybe particle collisions, maybe the early universe after the Big Bang? Can we use a quantum computer to simulate them and tell us what to expect?”

Questions like these involve tracking the interaction of many different elements, a situation that rapidly becomes too complicated for today’s most powerful computers.

The team developed an algorithm – a series of instructions that can be run repeatedly – that could run on any functioning quantum computer, regardless of the specific technology that will eventually be used to build it. The algorithm would simulate all the possible interactions between two elementary particles colliding with each other, something that currently requires years of effort and a large accelerator to study.

Simulating these collisions is a very hard problem for today’s digital computers because the quantum state of the colliding particles is very complex and, therefore, difficult to represent accurately with a feasible number of bits. The team’s algorithm, however, encodes the information that describes this quantum state far more efficiently using an array of quantum switches, making the computation far more reasonable.

A substantial amount of the work on the algorithm was done at the California Institute of Technology, while Jordan was a postdoctoral fellow. His coauthors are fellow postdoc Keith S.M. Lee (now a postdoc at the University of Pittsburgh) and Caltech’s John Preskill, the Richard P. Feynman Professor of Theoretical Physics.

The team used the principles of quantum mechanics to prove their algorithm can sum up the effects of the interactions between colliding particles well enough to generate the sort of data that an accelerator would provide.

“What’s nice about the simulation is that you can raise the complexity of the problem by increasing the energy of the particles and collisions, but the difficulty of solving the problem does not increase so fast that it becomes unmanageable,” Preskill says. “It means a quantum computer could handle it feasibly.”

Though their algorithm only addresses one specific type of collision, the team speculates that their work could be used to explore the entire theoretical foundation on which fundamental physics rests.

“We believe this work could apply to the entire standard model of physics,” Jordan says. “It could allow quantum computers to serve as a sort of wind tunnel for testing ideas that often require accelerators today.”

Editor’s note: The National Institute of Standards and Technology (NIST) is an agency of the U.S. Department of Commerce.