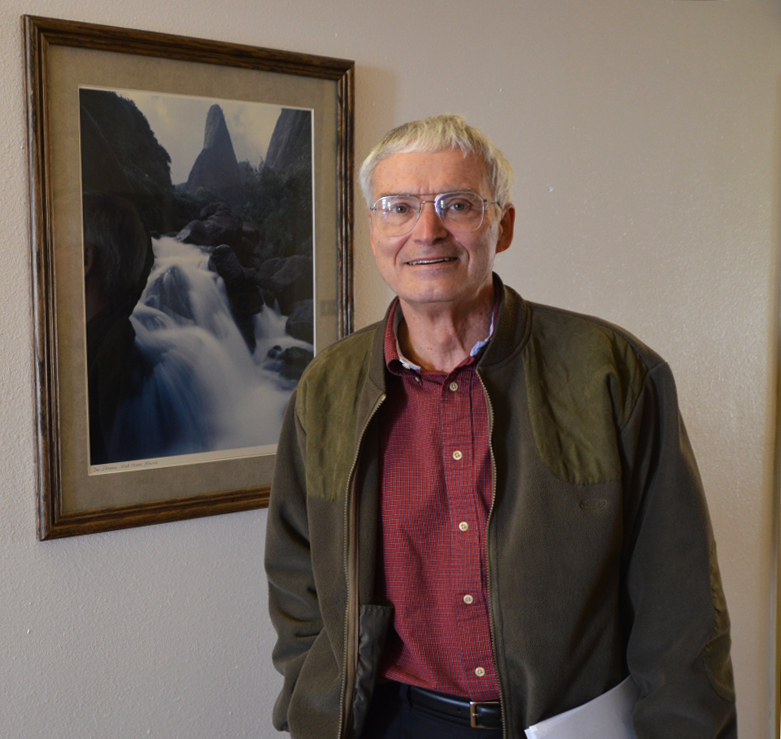 Bill Wadt of Los Alamos is chairman of the Board of Quality New Mexico (QNM.) He stopped by the Los Alamos Daily Post’s downtown headquarters recently to talk how about the non-profit organization helps businesses achieve performance excellence.

It is all about being a great organization that produces exceptional results, he explained, adding that it’s about the workforce – communication and earning their trust while leading the organization into the future.

QNM asks all the right questions to help business owners learn more about the current performance of their organization. QNM fosters the use of the Baldrige Criteria for Performance Excellence and is committed to assisting New Mexico businesses and organizations on their path to high performance, high-integrity and achieving sustainable results in their marketplace.

Local organizations that have benefitted from this expertise include Los Alamos National Bank and Los Alamos Public Schools. In 2000, LANB became the only bank in the nation and the only New Mexico organization at the time to win the prestigious Malcolm Baldrige National Quality Award. President Steve Wells and then CEO Bill Enloe were consequently treated to a meeting at the White House’s Oval Office with President Bill Clinton. The following year, more than 50 employees were honored for receiving the award by President George W. Bush at a banquet in Washington, D.C.

LAPS Superintendent Gene Schmidt serves on the QNM Board and he and Chamisa Elementary School Principal Debbie Smith are members of QNM’s New Mexico Excellence in Learning Committee chaired by Wadt.

“The opportunity to serve on the QNM Board has given me the opportunity to learn and converse with some of the brightest business minds in the state,” Schmidt said. “It has also generated conversations with other state superintendents, who are interested in moving the state’s education reform efforts forward. It is in working together that we are all lifted up.”

During the 2010-2011 school year, Los Alamos Public Schools, collaboratively with its Board of Education and leaders throughout the district made the professional decision to engage in AdvancED Systems Accreditation. Throughout the past two years, they became engrossed in gaining the information and knowledge necessary to be prepared and pass the 2012-2013 AdvancED Systems External Review for accreditation.

“Quality New Mexico has been a valuable partner in guiding the district’s strategic plan. Bill Wadt has been a very positive and proactive advocate in the development of a meaningful continuous improvement cycle,” Schmidt said. “This assistance was very important in our efforts to achieve district-wide accreditation- an achievement that very few districts in the nation have realized. Through his unselfish gift of time and expertise, Bill has helped shape and focus our attention on the data that drives success.”

Anne Kain of LANB is on the QNM Board as well and is the chair for QNM’s 2014 Learning Summit set for April 16-17, 2014 at Isleta Pueblo. One of the keynote speakers for the Learning Summit is AdvancED President Dr. Mark Elgart.

To date, 721 New Mexico organizations have received formal recognition for performance excellence including 496 Piñon recipients, 211 Roadrunner recipients and 14 Zia Award recipients. Los Alamos Public Schools is the only school district in the state to have achieved full accreditation, Wadt said.

New Mexico’s quality initiative started in September 1991 when Motorola Senior Executive Vice-President Chris Galvin challenged New Mexico government, business, and education leaders to make New Mexico “The Quality State.” Speaking at a business forum in Las Cruces, Galvin said New Mexico could take the first step toward this goal by having representatives from the public and private sectors attend a quality seminar at Motorola University in Schaumburg, Ill., to determine whether similar principles could be applied in New Mexico. Motorola earned the Malcolm Baldrige National Quality Award in 1988.