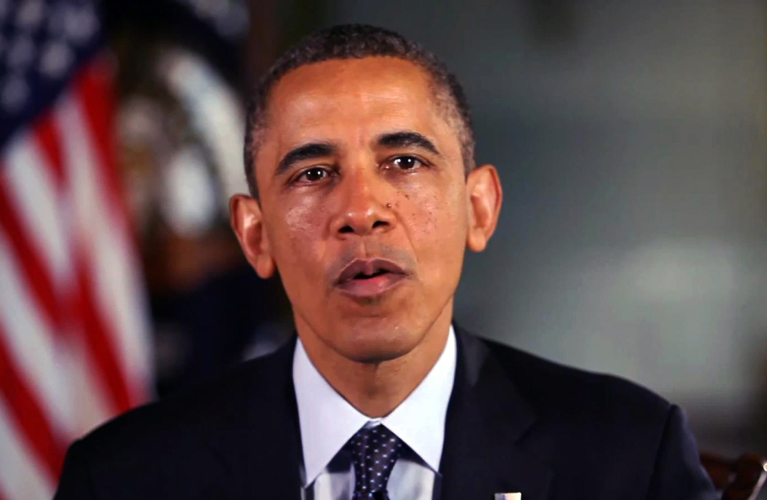 WASHINGTON, DC— In this week’s address, President Obama commemorated Memorial Day by paying tribute to the men and women in uniform who have given their lives in service to our country.

The President said that America has always risen to meet and overcome its challenges because of their brave sacrifice, and asked all Americans to honor our fallen heroes and to stand with our veterans and military families as we come together this weekend.

Hi, everybody. This week, I’ve been speaking about America’s national security – our past, our present, and our future.

On Thursday, I outlined the future of our fight against terrorism – the threats we face, and the way in which we will meet them.

On Friday, I went to Annapolis to celebrate the extraordinary young men and women of the United States Naval Academy’s Class of 2013 – the sailors and Marines who will not only lead that fight, but who will lead our country for decades to come.

And on Monday, we celebrate Memorial Day. Unofficially, it’s the start of summer – a chance for us to spend some time with family and friends, at barbecues or the beach, getting a little fun and relaxation in before heading back to work.

It’s also a day on which we set aside some time, on our own or with our families, to honor and remember all the men and women who have given their lives in service to this country we love.

They are heroes, each and every one. They gave America the most precious thing they had – “the last full measure of devotion.” And because they did, we are who we are today – a free and prosperous nation, the greatest in the world.

At a time when only about one percent of the American people bear the burden of our defense, the service and sacrifice of our men and women in uniform isn’t always readily apparent. That’s partly because our soldiers, sailors, airmen, Marines and coast guardsmen are so skilled at what they do. It’s also because those who serve tend to do so quietly. They don’t seek the limelight. They don’t serve for our admiration, or even our gratitude. They risk their lives, and many give their lives, for something larger than themselves or any of us: the ideals of liberty and justice that make America a beacon of hope for the world.

That’s been true throughout our history – from our earliest days, when a tiny band of revolutionaries stood up to an Empire, to our 9/11 Generation, which continues to serve and sacrifice today.

Every time a threat has risen, Americans have risen to meet it. And because of that courage – that willingness to fight, and even die – America endures.

That is the purpose of Memorial Day. To remember with gratitude the countless men and women who gave their lives so we could know peace and live in freedom.

And we must do more than remember.

We must care for the loved ones that our fallen service members have left behind.

We must make sure all our veterans have the care and benefits they’ve earned, and the jobs and opportunity they deserve.

We must be there for the military families whose loved ones are in harm’s way – for they serve as well.

And above all, we must make sure that the men and women of our armed forces have the support they need to achieve their missions safely at home and abroad.

The young men and women I met at the Naval Academy this week know the meaning of service. They’ve studied the heroes of our history. They’ve chosen to follow in their footsteps – to stand their watch, man a ship, lead a platoon. They are doing their part. And each of us must do ours.

So this weekend, as we commemorate Memorial Day, I ask you to hold all our fallen heroes in your hearts.

And every day, let us work together to preserve what their sacrifices achieved – to make our country even stronger, even more fair, even more free. That is our mission. It is our obligation. And it is our privilege, as the heirs of those who came before us, and as citizens of the United States of America.