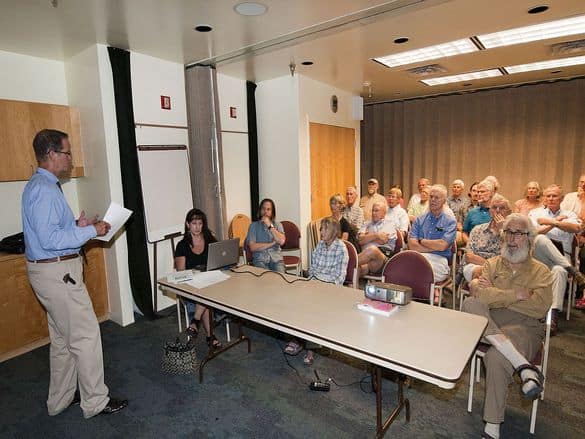 The talk was sponsored by the Sierra Club and the Los Alamos Sustainable Energy Network (LASE Network.)

Howe began his talk by describing the fact that New Mexico is an oil and gas state. New Mexico is the eighth largest such state in the nation, down from fifth place as production has ramped up in other states such as Pennsylvania and Colorado.

Although it is unlikely that the United States will export this resource any time soon, Howe pointed out that the cheap price for natural gas is significantly reducing the cost of home heating for many consumers.

Some electrical companies are switching to natural gas for electric power generation as it is now cheaper than using coal and reduces carbon dioxide emissions, as the government cracks down on power plant pollution.

Howe notes that natural gas production in the Farmington area has become more expensive as a result of the current NG low price, leading to an economic downturn in northwestern New Mexico.

Meanwhile, southeastern New Mexico is booming from crude oil production, as a result of current high price for oil. Rents in Hobbs are sky high, he said, while Farmington’s economy suffers painfully.

Howe also said that there are pluses and minuses to natural gas production. On the negative side, he listed toxicity issues with fracking fluids, methane migration, atmospheric releases of gas, seismicity issues and potential ground water contamination.

On the plus side, Howe noted that the U.S. will not need to import liquefied natural gas from middle eastern countries.

“We can easily supply our own domestic demand,” he said.

Over 70,000 jobs have been created in the natural gas production and delivery industries with 32,000 created in New Mexico over the last decade.

Howe says that the natural gas industry has been its own worst enemy by not disclosing the components of fracking fluids, leading to mistrust by the general public.

Texas and Colorado have the best disclosure laws for the natural gas industry, he said, adding that New Mexico must catch up to these state leaders.

Seismic issues seem to be caused, not so much by fracking, but more likely from the reinjection of fluids into wells after fracking, in effect “lubing up” seismically weak geology, Howe said. 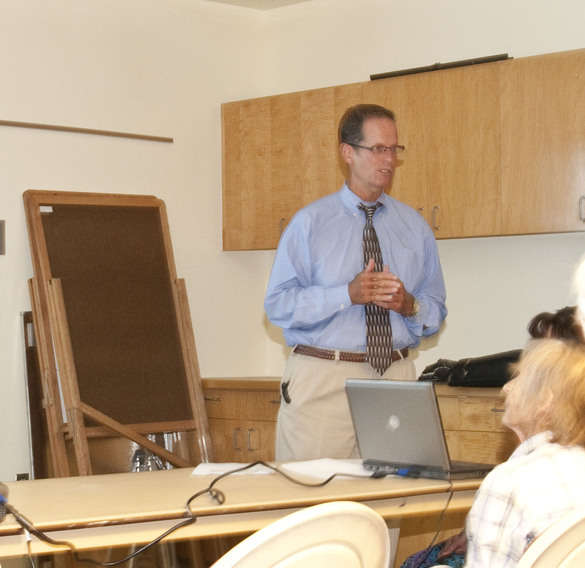