Posts From The Road: The Back Road To Phoenix

Salt River Canyon: The rugged beauty of Salt River Canyon is breath taking as seen from one of several viewpoints along US Highway 60 in Arizona. This view shows a portion of the river hundreds of feet below in the canyon’s shadow about midway on the right side of the image. Photo by Gary Warren/ladailypost.com 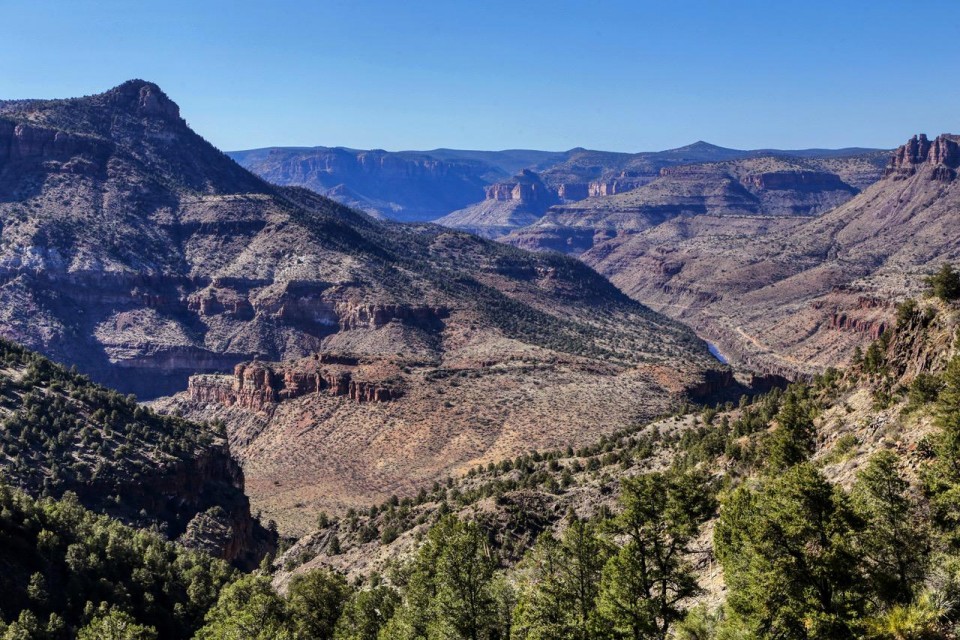 River View: While viewing the awesome landscape, this viewpoint allows a glimpse of the Salt River in the canyon below. The river is about midway near the right side of the image. Photo by Gary Warren/ladailypost.com

Many residents of Los Alamos have probably traveled to Phoenix, Ariz. for business, pleasure or many other reasons. While the fastest way to road trip to Phoenix from Northern New Mexico is via Albuquerque, I-40 to Flagstaff, Ariz. and I-17 into the Phoenix metro area. A popular alternative is to exit I-40 in Holbrook, Ariz., go to Heber and Payson, Ariz. and enter the Phoenix area on AZ Highway 87, the “Beeline Highway”.

These routes are fine, and both are scenic in their own way, but there is another alternate route that is more scenic but farther and slower than the two popular routes. We like mixing things up and travel different routes in and out of a well-known destination. We may take either of the first two routes into Phoenix, but we really enjoy the third option when driving back northward toward home.

The “Back Road to Phoenix” as I call this route is US Highway 60 from Phoenix all the way to I-25 at Socorro, NM. After reaching I-25, we just “head north”! The most dramatic scenery on this road is between the Phoenix area and Show Low, Ariz. which twist and turns through Salt River Canyon in east central Arizona. There are very few stretches of highway without curves and hills dominating the driver’s attention. However, the road eastward from Show Low to Socorro is a scenic drive across the high desert of the two states as well as passing over some lower mountain passes west of Socorro.

The images included show the rugged beauty of Salt River Canyon. This portion of the drive is most scenic and beautiful but does require more time and patience to travel. This is not the road to drive if you are on a tight schedule or in a hurry. 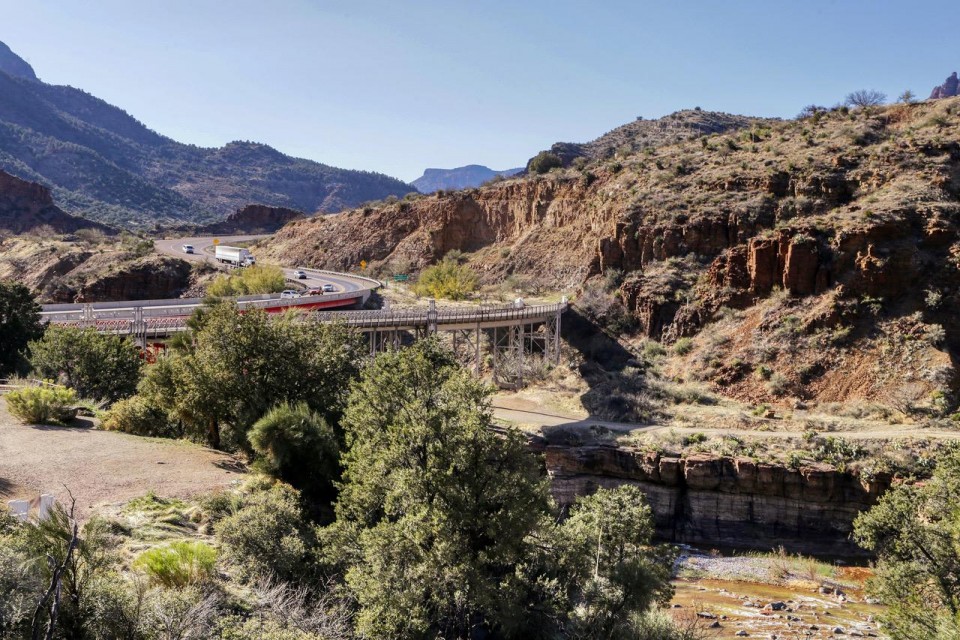 River Crossing: Shown are two bridges crossing over the Salt River deep in the Salt River Canyon. The older bridge at right was decommissioned when the new and wider bridge at left was built. The old bridge remains as a foot bridge for visitors stopping at the popular rest area along the Salt River. Photo by Gary Warren/ladailypost.com

Birds Eye View: One of the scenic viewpoints on the north side of the Salt River allow viewers a bird’s eye view of the river hundreds of feet below as it twists and turns through the canyon. The Salt River flows for about 200 miles in eastern Arizona. Photo by Gary Warren/ladailypost.com 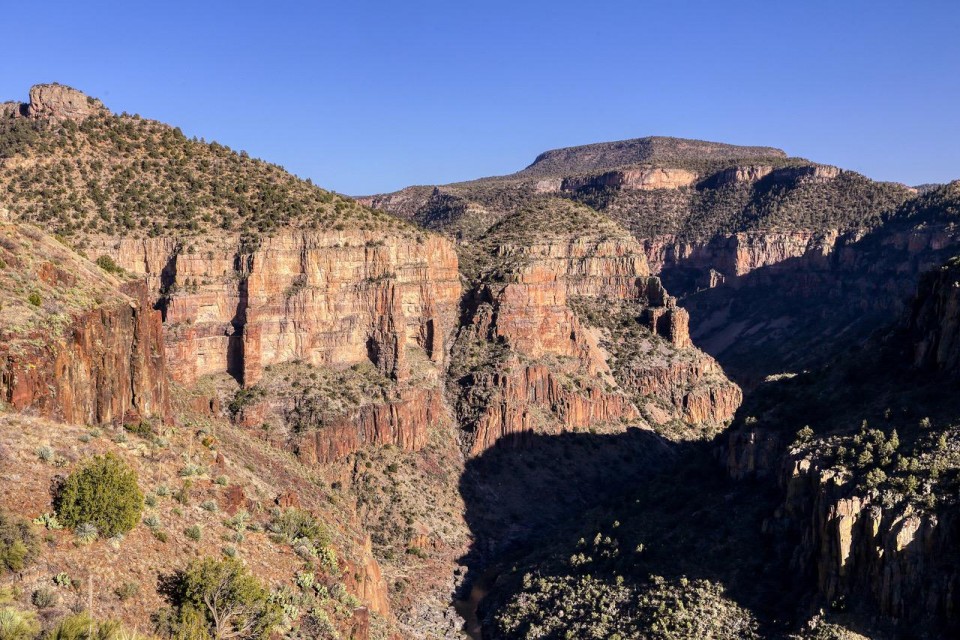 Sun Soaked Canyon Walls: The late afternoon sun soaks the deep canyon walls in Salt River Canyon. The canyon has created some rugged and beautiful landscapes in eastern Arizona. The canyon runs for miles and is more than 2,200 feet deep in many areas. Photo by Gary Warren/ladailypost.com