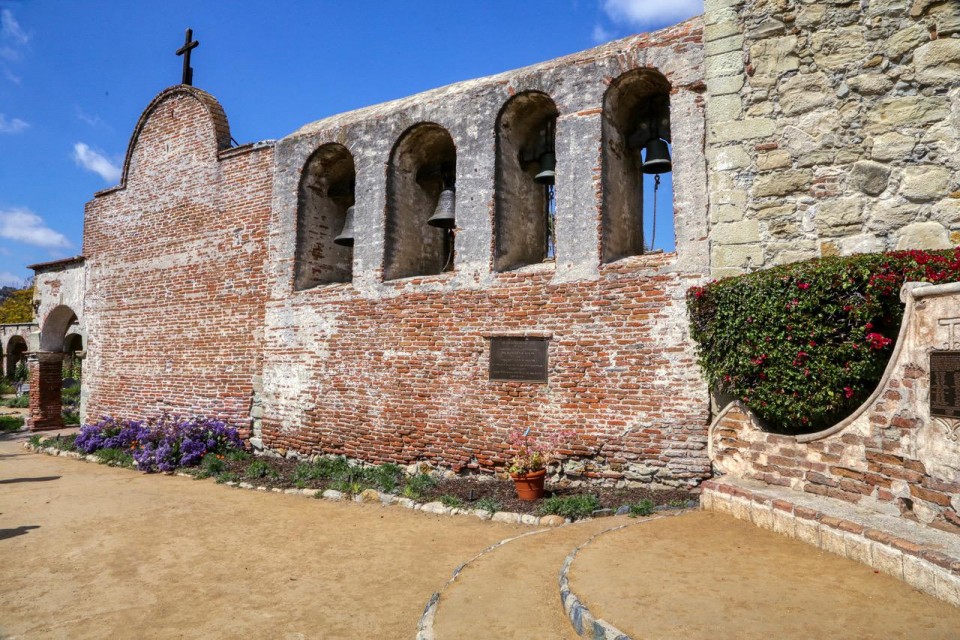 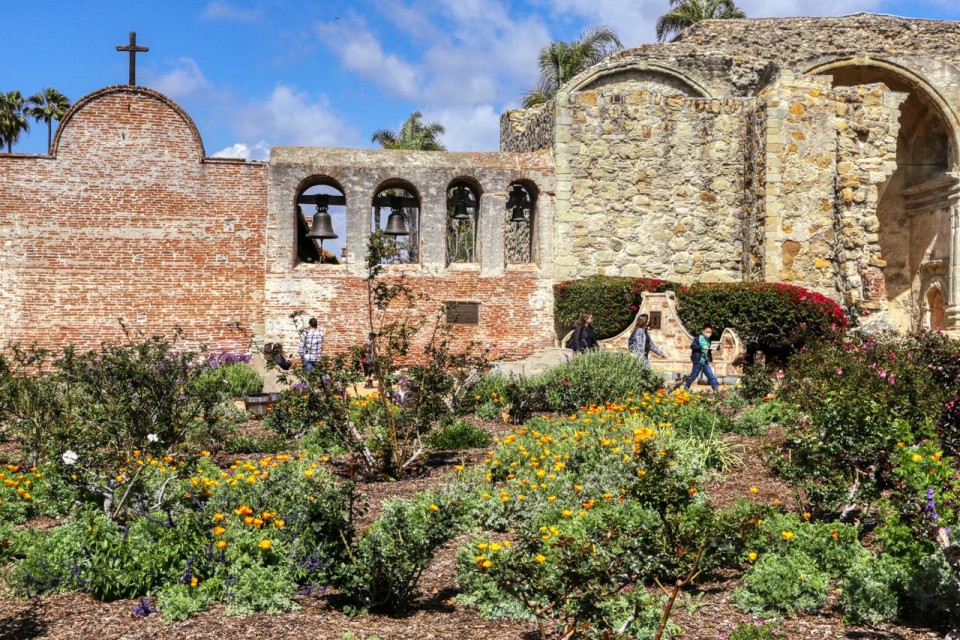 Bell Wall and Ruins: Beautiful gardens cover the grounds around the mission complex. Seen here is the Serra Chapel, the Bell Wall, and ruins of the Great Stone Church. Photo by Gary Warren/ladailypost.com

Great Stone Church Ruins: The ruins of the great cathedral style Great Stone Church stand today as they were following the San Juan Capistrano earthquake, which occurred in 1812. Photo by Gary Warren/ladailypost.com

Mission San Juan Capistrano in Orange County, Calif., is a Spanish mission founded in 1776 by Spanish Catholic missionaries. Mass was held in two smaller chapels before Serra Chapel was constructed and dedicated in 1782.

The mission existed and grew in number over the years and in 1797 construction began on a larger facility. The Great Stone Church was constructed over a period of nine years from 1797 to 1806. The cathedral style church was designed in the shape of a cross with walls of 50 feet and a bell tower, which stood 120 feet high. The facility was blessed in September 1806 and followed by a fiesta.

However, the church life was short lived. On the Sunday morning of Dec. 8, 1812, a 7.5 magnitude earthquake occurred causing the bulk of the structure to crash down on worshipers. The San Juan Capistrano earthquake killed 40 worshipers and two boys who were ringing the bells in the bell tower.

Worship returned to the Serra Chapel and in honor of those who lost lives in the earthquake, the ruins of the Great Stone Church were left as is. The Serra Chapel and other parts of the compound have been restored. The grounds are beautifully landscaped with many gardens.

Church Model: A model of the Great Stone Church displayed in front of the ruins. Its inscription recounts church history: Great Stone Church; 1797-1806 Under Construction; 1806-1812 House of Worship. Dec. 8, 1812 Felled in earthquake; May the Earthquake victims rest in Peace. Photo by Gary Warren/ladailypost.com

Arch Detail: An arch detail and walkway and a portion of a courtyard seen in a restored portion of the mission complex. The Serra Chapel and other structures within the compound have been restored. Photo by Gary Warren/ladailypost.com