Pooka On The Loose At Los Alamos Little Theatre 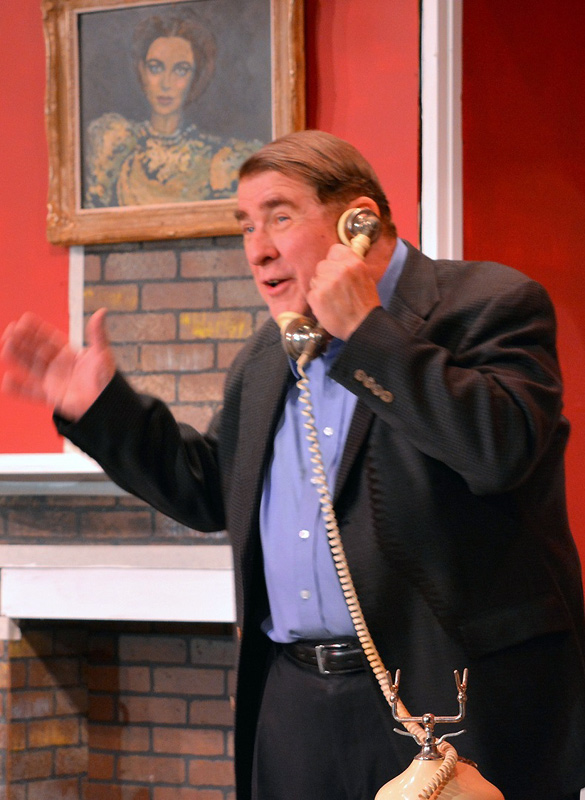 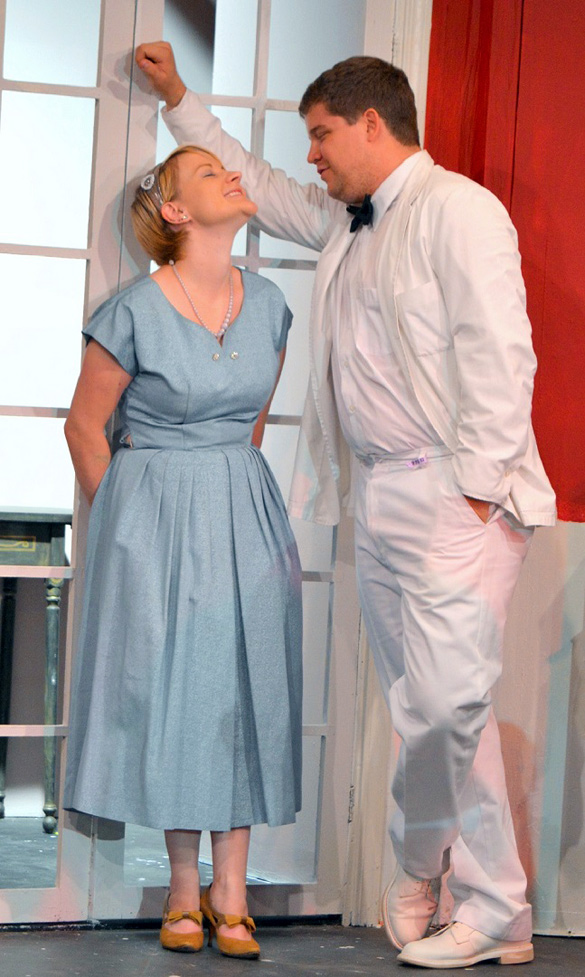 It’s fun, it’s funny and you’ll find the pooka when you get there.

The Los Alamos Little Theatre presents the classic play “Harvey” Sept. 11-26 at the Performing Arts Center. The play is performed at 7:30 p.m. Fridays and with a Sunday matinee at 2 p.m. Sept. 13.

“Harvey” is among the top fifty longest running plays on Broadway, along with “The Lion King,” “The Phantom of the Opera,” “Annie,” and “My Fair Lady,” to name a few.

The original Broadway production of “Harvey” opened in 1944, winning the Pulitzer Prize in Drama in 1945. The 1950 film version starring James Stewart has achieved iconic status.

The story involves Elwood P. Dowd who insists on including his friend Harvey in all of his sister Veta’s social gatherings. Trouble is, Harvey is an imaginary six-and-a-half-foot-tall rabbit. To avoid future embarrassment for her family—and especially for her daughter, Myrtle Mae—Veta decides to have Elwood committed to a sanitarium.

At the sanitarium, a frantic Veta explains to the staff that her years of living with Elwood’s hallucination have caused her to see Harvey also, and so the doctors mistakenly commit her instead of her mild-mannered brother.

The truth comes out, however; Veta is freed, and the search is on for Elwood, who eventually arrives at the sanitarium looking for Harvey. But it seems that Elwood and his invisible companion have had a strange influence on more than one of the doctors. Only at the end does Veta realize that maybe Harvey isn’t so bad after all.

The inspiration for “Harvey” came from a dream by author Mary Chase, in which a psychiatrist was being chased by a giant white rabbit. It reminded her of stories her Irish uncles had told about pookas, benign but mischievous fairy spirits in animal form and always very large. The pooka appears here and there, now and then, to this one or that one, and most enjoys spreading both exasperation and enchantment.

Despite the mayhem Harvey has caused his sister Veta, the lovable, eccentric Elwood proclaims “I’ve wrestled with reality for 35 years, and I’m happy to state I finally won out over it. My mother used to say to me, ‘In this world, Elwood, you must be oh so smart or oh so pleasant.’ Well, for years I was smart. I recommend pleasant.”

Tickets are $14 general admission and $12 for students and seniors They can be purchased at CB FOX, at the door or online at BrownPaperTickets.com. However, Harvey (according to Elwood P. Dowd) suggests you purchase tickets early!