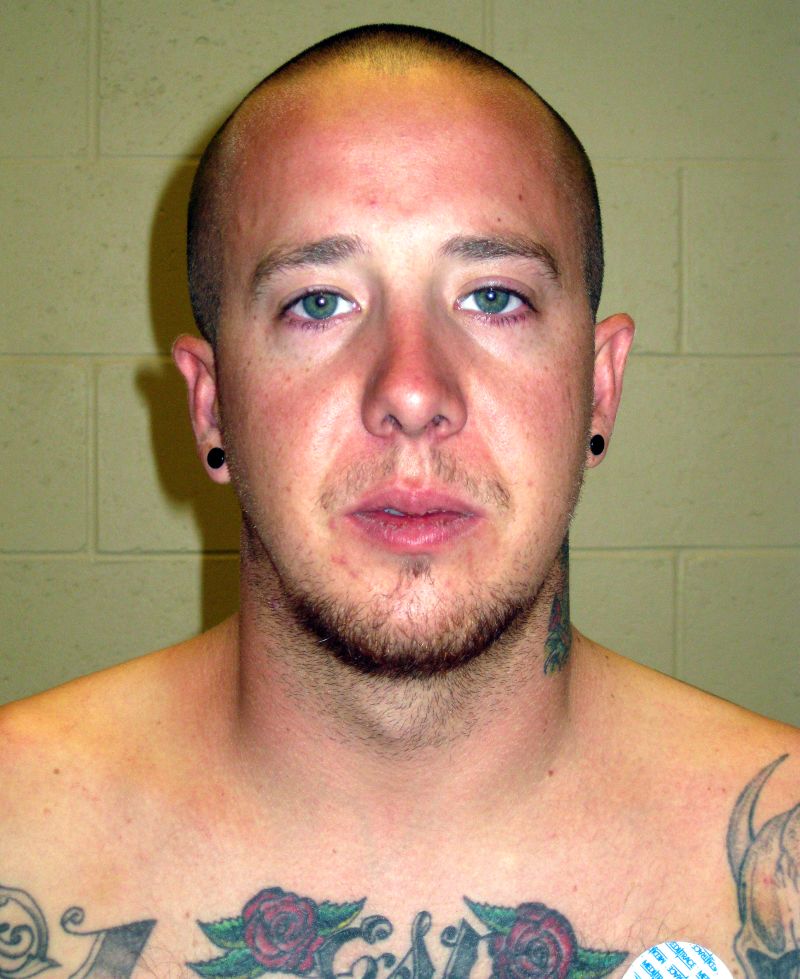 Los Alamos police officers arrested Tyler Webb of Los Alamos Monday after he was seen heading southbound on Diamond Drive operating his yellow motorcycle at a high rate of speed.

Webb, 36, refused to pull over when Cpl. Monica Salazar-Casias pulled up behind him and flashed her patrol unit emergency lights, according to the statement of probable cause related to the case.

Girmendonk first noticed Webb at about 5:11 p.m., on Diamond Drive, zooming past him in the opposite direction. Girmendonk was not in a position to turn around and go after Webb so he called Salazar-Casias, according to the report.

Webb narrowly missed colliding with a Los Alamos National Laboratory Security (SOC) vehicle with its emergency lights on at Trinity Drive and Diamond Drive, she said.

Salazar-Casias reported that she drove in the direction Webb had headed and came upon the yellow motorcycle laying on its side near Research Park and Diamond Drive and observed him attempting to pick it up.

“I told the driver to put the motorcycle down … he continued to attempt to pick it up,”  Salazar-Casias said in the report. “Ofc. Girmondonk arrived on scene as Mr. Webb began to walk southbound up an embankment toward LANL property. Before he reached the sidewalk on LANL property I grabbed Mr. Webb’s elbow and pulled him back … he fell to his knees and stated his ankle was broken.”

The officer also stated that she saw an open bottle of Smirnoff (vodka) lying in the road at the scene and smelled “a strong odor of alcohol on his breath.”

Webb was transported to Los Alamos Medical Center for treatment before being taken to the Los Alamos County Detention Center where he was booked on nine charges: