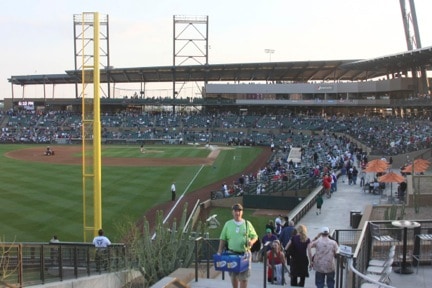 Salt River Fields at Talking Stick in Scottsdale, AZ is the Spring Training home for the Colorado Rockies and the Arizona Diamondbacks. The beautiful facility opened in 2011 and consists of club houses for each team, 12 practice fields, and the stadium shown where all of the team’s home Spring Training games are held. Photo by Gary Warren

When baseball players gather in Florida and Arizona each year, there is a feeling of hope that the long winter months are passing and the spring season is just around the corner.

Spring brings with it the hope for renewal as trees and vegetation come alive with new sprouts, blooms and green leaves.

Baseball Spring Training and the ensuing season bring a breath of fresh air along with the springtime changes in the landscape.

Spring Training games give fans an opportunity to escape from the wintery Rocky Mountains and go to the warm Sonoran Dessert to enjoy baseball in a more informal and intimate setting as opposed to the grand scale of major league parks where teams play throughout the summer. 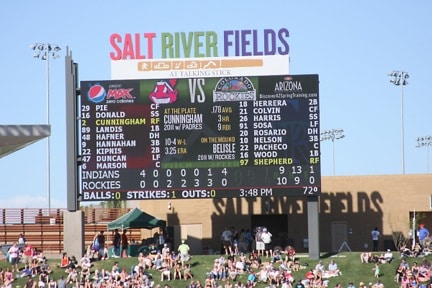 A large scoreboard sits beyond left field and the grassy area for fan seating at Salt River Fields at Talking Stick. This is the first Major League Spring Training facility to be built on Native American land. Photo by Garry Warren

The Spring Training setting also offers more opportunities to interact with the players and get that photo or autograph of your favorite player. 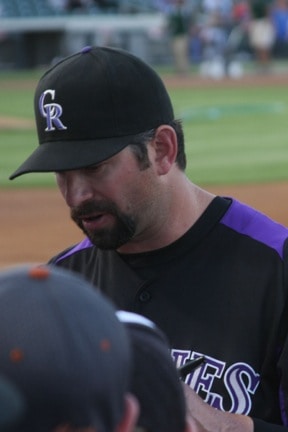 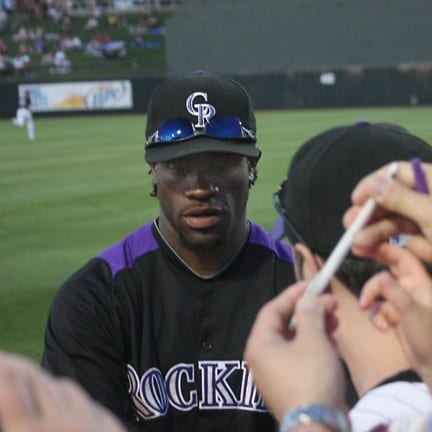 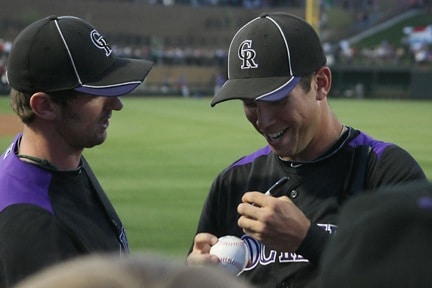 The Phoenix metro area is host to 15 major league baseball teams that make up the Cactus League for the spring training weeks.

Cactus League games are played at parks scattered in all directions throughout the Phoenix area every year during the month of March.

The Florida Grapefruit League takes place at the same time in facilities across the state of Florida.

It is also host to 15 major league teams.

More about Spring Training and the two leagues and the teams can be seen at http://www.cactusleague.com/ and http://www.floridagrapefruitleague.com/.

Following the weeks of Spring Training, teams return to their respective home cities for the beginning of the baseball season.

Opening day for each of the major league teams is a celebration of a new season and a new beginning.

For one day everybody is in first place as the “boys of summer” officially usher in the beginning of Spring.

The baseball season is referred to as a marathon, not a sprint, as it consist of 162 regular season games and last for several months leading up to the playoffs and World Series.

After months of training and games, thousands of miles of travel through the long hot summer, one team emerges as World Series Champion in the late fall.

For more information on the major league season or to learn more about your favorite team, go to http://www.mlb.com/. A link to each Major League team can be found on the mlb site.

The following photos of the Colorado Rockies were taken earlier this month at Salt River Fields at Talking Stick in Scottsdale, Ariz., during the last weekend of Spring Training 2012 and at Coors Field in Denver, Colo., on Opening Day 2012. 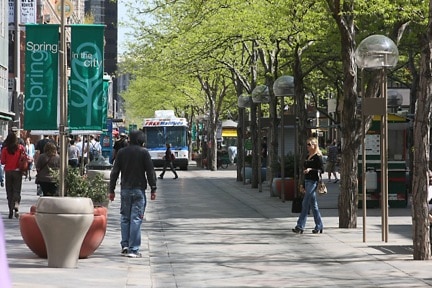 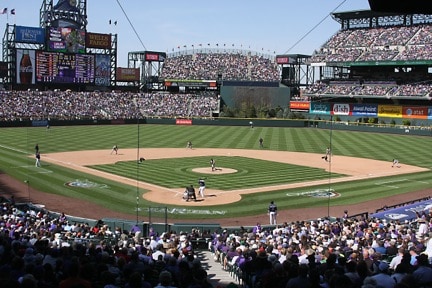 50,000 fans filled Coors Field in  lower downtown Denver for Opening Day 2012 for the Colorado Rockies Opening Day game Monday on a beautiful, clear, perfect Spring day for baseball.  Unfortunately for Rockies fans, the San Francisco Giants dominated in all aspects of play on the field and won 7-0. Photo by Gary Warren 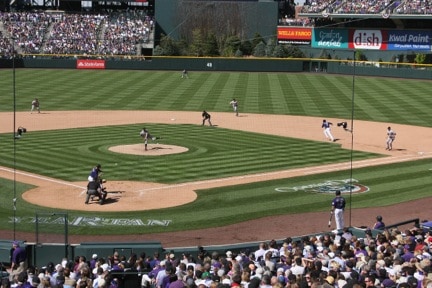 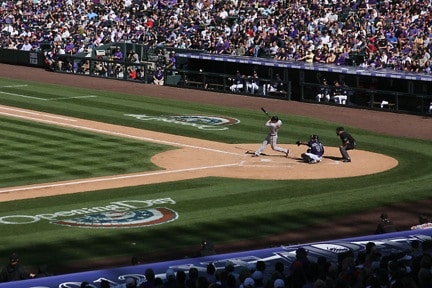 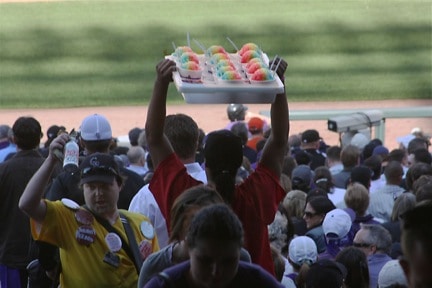 Vendors make their way up and down the aisles selling food and drinks to the fans during Opening Day 2012 at Coors Field. Photo by Gary Warren 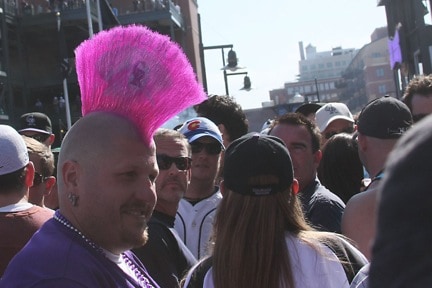 Fans often wear team clothing, caps or perhaps a colorful hairdo for the Opening Day at the ball park. Shown is a Rockies fan supporting a colorful mohawk hairdo with the Rockies logo on the side. Photo by Gary Warren 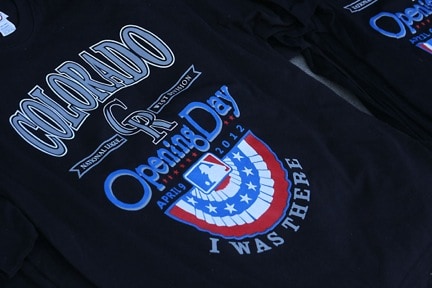 In addition to all of the traditional souvenirs, many items had the Opening Day 2012 logo. Photo by Gary Warren 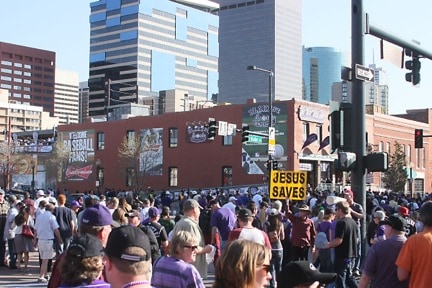 Fans pour out of Coors Field onto the streets of LoDo (lower downtown) Denver following the Colorado Rockies 2012 opener. Opening Day (and all games) benefit restaurants and businesses greatly as fans make a day of it before and after the game. Photo by Gary Warren

Editor’s Note: Gary Warren was a longtime Los Alamos photograper who moved with his wife Marilyn Warren to Denver in 2008.