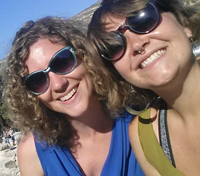 Jessamyn Fairfield, a former Los Alamos resident, strives to offer science, technology, engineering and mathematics (STEM) education in a variety forms. Whether it is in the classroom at the National University of Ireland in Galway where she is employed in the physics department or through her comedy routines with Bright Club, which allows researchers to tap into their funny sides on stage, Jessamyn Fairfield works ensure STEM is accessible to everyone.

She is getting some major assistance in this endeavor. Jessamyn Fairfield was contacted by the magazine, Physics World, to author the cover story for the March issue.

Her father, Eric Fairfield of Los Alamos, said it is the largest issue of the year for the magazine. He explained the article, “Smarter Machines,” discusses computational devices being developed to mimic the networks of neurons inside the human brain. “Her research (is) how to make such a device,” Eric Fairfield said. 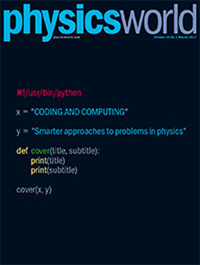 Eric Fairfield said his daughter writes a blog on science, does outreach on science as well as her comedy sketches. Being a leader in neuro electronics research caught the magazine’s attention.

“The editor saw some of her work and really liked it,” Eric Fairfield said, so Physics World called her up and asked if she would write this month’s cover story.

He said that his daughter worked hard for a month to get the wording right in the article. It paid off, he said, “The editor really liked how clear it was and how it reached the audience.”

Jessamyn Fairfield graduated from Los Alamos High School in 2001 and earned two degrees, one in math and one in physics, at Berkeley, Calif., in 2005. Additionally, she was a graduate student in nanodots at the University of Pennsylvania and then a post-doctorate student in nano rods at Trinity College in Dublin. She began an assistant professorship at the National University of Ireland last fall.