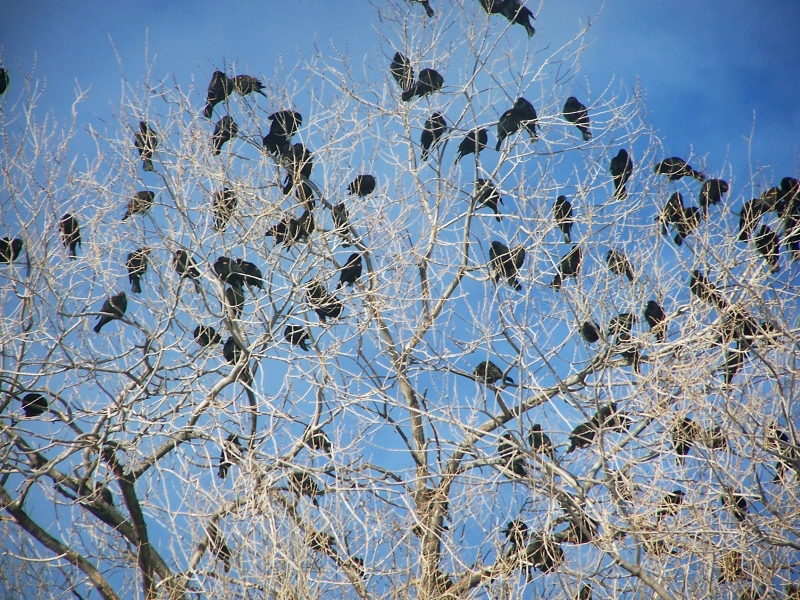 Red-winged Blackbirds flocking in a tree. Photo by Robert Dryja

Red-winged Blackbirds have been gathering in flocks throughout the winter.

The birds appear to have preferred trees, gathering in the same tree or adjacent trees for several days. They provide a choir of singing in the morning and so cannot be missed.  There has been one flock in the Western area near the hospital. Another flock has been at the end of the road on North Mesa.

There is a pattern to their flocking behavior when they gather in a tree. The birds typically sit with a distance of two to three feet from each other. You do not see the birds sitting closer to one another. There is only an occasional bird that is sitting several feet from the main group of birds. If you look closely at the photo below, you will see that the birds are gathered together behind several readily available branches. They apparently would become too spread out if they used all of the branches. If two birds appear close to one another, one bird is actually behind and a little to the side of the other bird.

Interestingly, this same pattern for flocking also occurs when the birds are flying. The birds may suddenly erupt from a tree as a group and all fly in the same direction. Most of the birds fly with about two to three feet of space among them and they somehow keep this distance even when they change direction.

There is no apparent lead bird when a flock is flying. How do 20 or 30 birds know how to position themselves to create this kind of behavior? How can one Red-winged Blackbird simultaneously monitor another 20 or 30 Red-winged Blackbirds and also adjust its flying at the same time? How can the other Red-wing Blackbirds in the flock do this and not scatter in all directions? 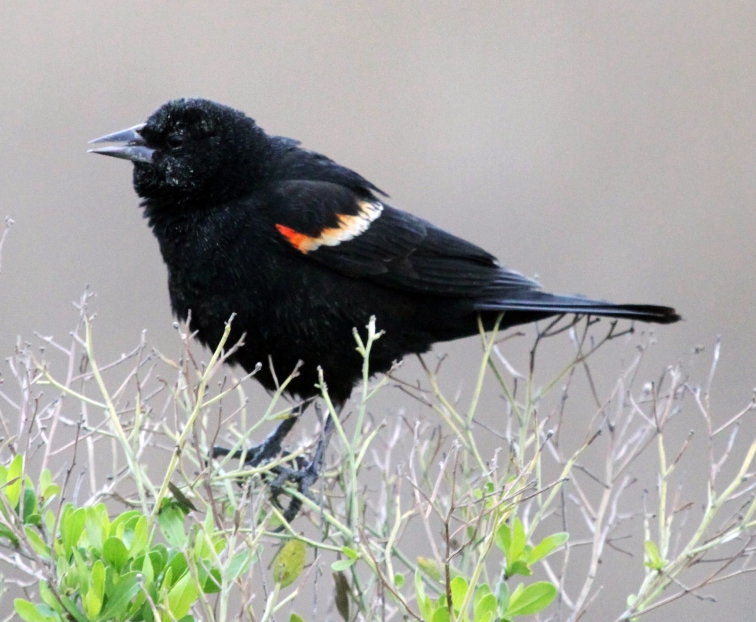 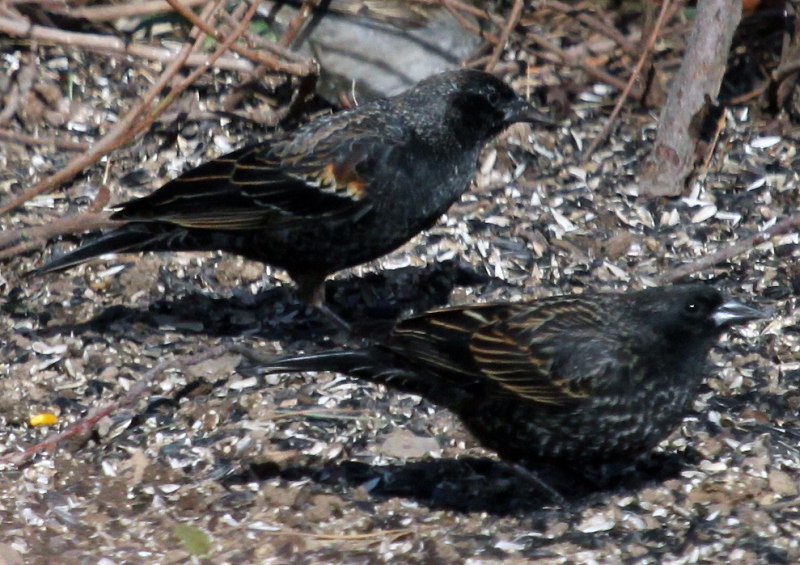 It turns out that flocking is not difficult to achieve based on a form of mathematics concerned with making models of complex behavior. If each bird follows the same three rules, then flocking behavior emerges. The three rules are:

Apparently a distance of two to three feet is about right to meet these two rules if you are a Red-winged Blackbird.

A basic software program called “Boids” shows what happens when you put these three rules into action. You can watch flocking behavior at the following website: http://www.red3d.com/cwr/boids/.

The Netlogo website will require some practice to use since you can manipulate all three rules individually for their effect on flocking behavior. To start, you click the “setup” button and then click the “go” button. These two buttons are turned on or off by repeatedly clicking them. You then can move the sliders that control the rules and population size of the birds.

There is always something that may change flocking behavior. A Red-tailed Hawk may be one of them. You would anticipate that a flock of Red-winged Blackbirds would scatter from a tree if a hawk flew toward it. 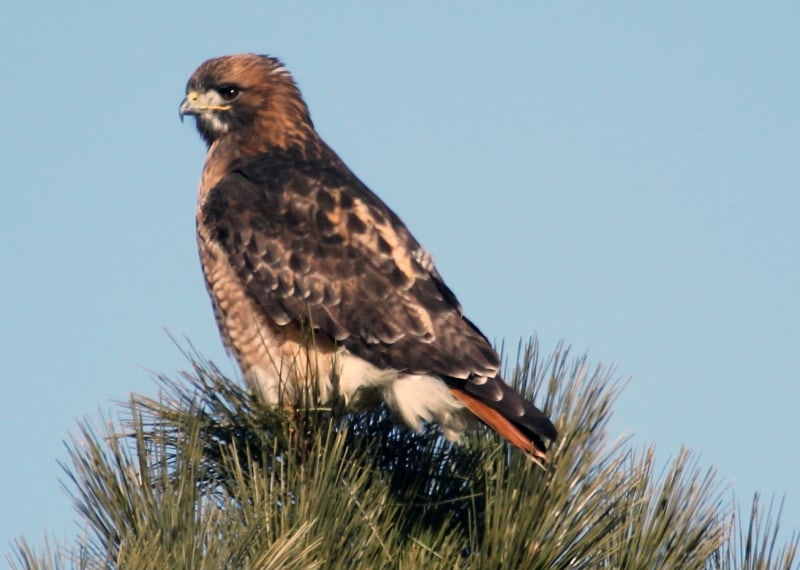 The assumption is that the hawk is actively hunting for food. Surprisingly, a hawk instead may circle by a flock or even just roost in a nearby tree. It may show no interest in Red-winged Blackbirds other than to stay nearby. The Red-winged Blackbirds in turn may appear to ignore the hawk and continue their same flocking behavior.