The nice thing about being out-of-doors is that the unexpected can be seen. A group of students were exploring a stream in the Valles Caldera during a Nature Odyssey program for example.

One student spotted a blue colored rock and waded into the stream to pick it up. Surprise! The rock began to move away from the student.

On closer observation, we realized the rock was actually a crayfish. It was able to escape in spite of several students attempting to catch it.

A blue crayfish is an oddity. It also would appear to have a poor chance of survival because its blue color makes it stand out. Birds, skunks or raccoons (in addition to students) assumedly could easily see it when looking for a meal. Now for the next surprise.

A crayfish has been donated to the Pajarito Environmental Education Center. It initially had a pale gray color, rather than the usual dark brownish red color.

However, it began to look bluish after molting, and is becoming bluer each time it molts its shell while growing larger. 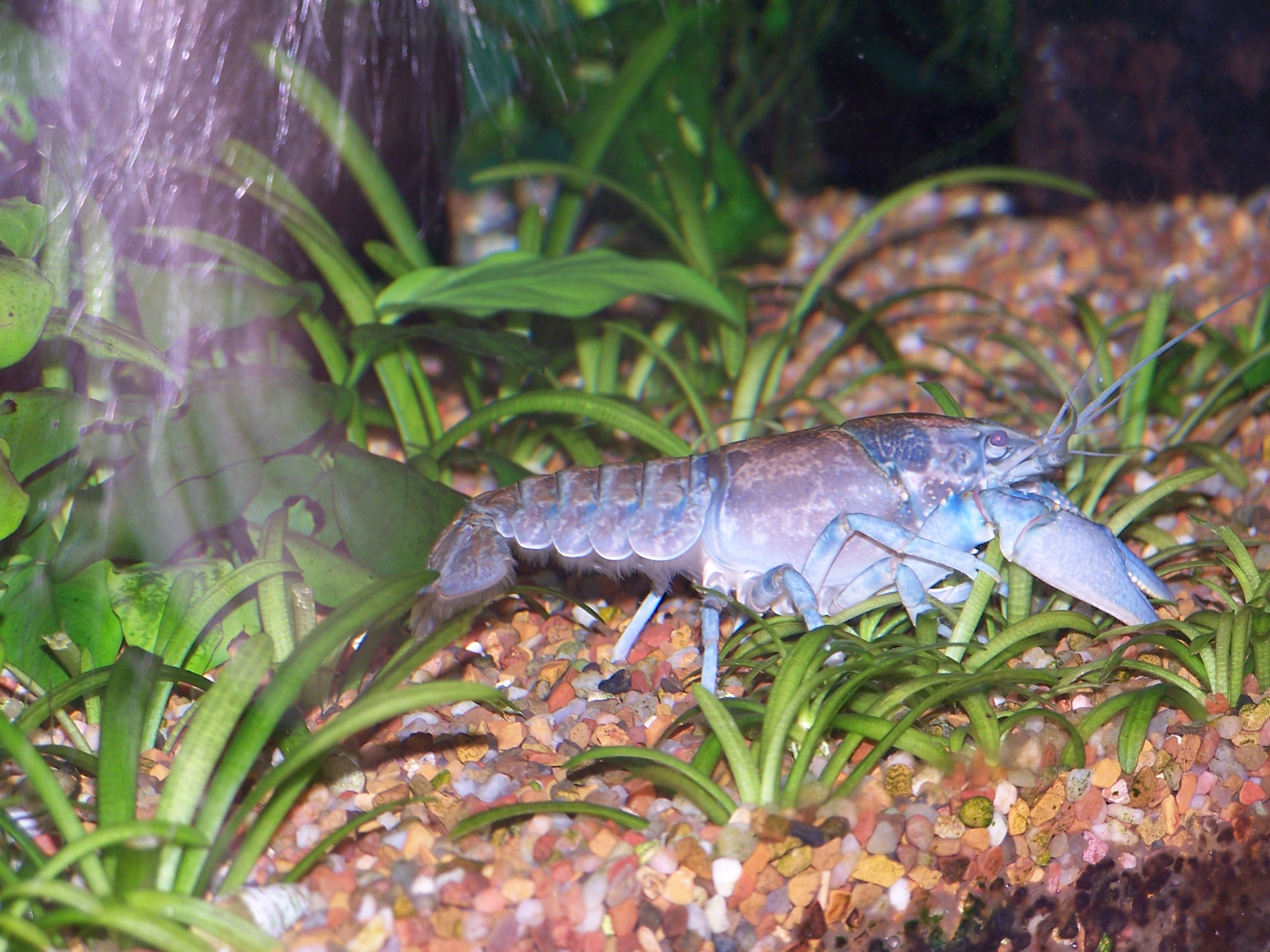 This crayfish is under observation at the Pajarito Environmental Education Center in an effort to determine why it turns blue in color. Courtesy/PEEC

Why are there blue crayfish in the Jemez Mountain streams? As the following photograph shows, are there white crayfish as well? 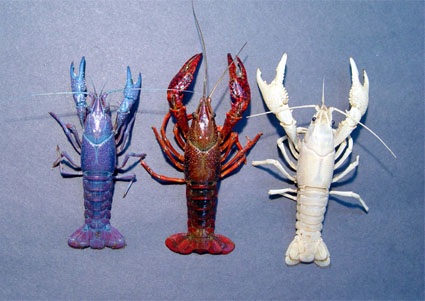 The answer is not clear. An agricultural researcher at the Louisiana State University Agriculture Center reports that pigment-containing cells underneath the shell of a crayfish determine its color.

The researcher also reports that this mutation appears mainly in female crayfish and it is thought to be a fatal mutation for male crayfish.

However this reason does not offer a universal explanation when other observations are considered. Blue crayfish are sold as a part of the pet business.

People report buying blue crayfish but then the crayfish change back to the typical brownish/red color as it periodically molts its shell.

Crayfish are harvested commercially in Louisiana. An agricultural researcher therefore wanted to determine if crayfish grow faster and larger if the amount of light each day was lengthened. The researcher raised 10 crayfish under controlled light conditions.

Perhaps all six blue crayfish were females. We therefore are left with two basic questions. Is it either genetics or the environment that contributes to crayfish turning blue?

Alternatively, is it some particular combination of the two? We will be monitoring the crayfish at the Pajarito Environmental Education Center, 3540 Orange St., in coming months to see what happens to its color.