Pastor Kuenzel: Say ‘Yes’ To Defending Others, Speaking Well Of Others, Putting Best Construction On Everything 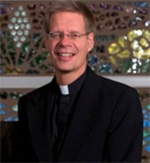 Words have power. So in Martin Luther’s Small Catechism he says this about the Eighth Commandment: “’You shall not bear false witness against your neighbor.’ What does this mean? We should fear and love God that we may not deceitfully belie, betray, slander, or defame our neighbor, but defend him, speak well of him, and put the best construction on everything.”

For the last year I’ve been thinking about Luther’s explanation in relation to our political culture and campaigns. It seems to me that this commandment is deliberately and routinely broken. Candidates and their handlers intentionally “go negative.” They spread rumors, innuendos, half-truths, and outright lies. They engage in personal attacks on their opponent.And when they get challenged for “going negative, ”the standard reply is: “Well, it’s politics. That’s just the way it is.”

But I’ve studied the Ten Commandments in the original Hebrew. I’ve also studied and taught Luther’s Small Catechism for years, and I can tell you, without any fear of contradiction, that there is no footnote, either in the Bible or in Catechism, that says: “You shall not bear false witness against your neighbor, except for American politicians running campaigns in the twenty-first century.” That footnote just isn’t there. So why, then, should politicians get a pass on the Eighth Commandment, especially those who stand in the Judeo-Christian tradition? Why should they be exempt? Why shouldn’t the Eighth Commandment also apply to them?

Now I know that the reason that politicians “go negative” is that it works. Frankly, that says something rather unflattering about us as Americans. I’m afraid we are all too ready to believe the rumors, the half-truths, and the lies; to put the worst construction on things; and believe the worst about others. “Going negative” appeals to the worst in us, not the best. It’s a toxic brew that poisons our life together as a nation.

But it’s not just the politicians. I could also point to some talk show hosts, comedians, bloggers and postings online. I could also talk about the way in which social media and emails get used to bully and harass people. It’s awful. It’s shameful. It’s sinful.

But I also believe that this vision isn’t limited to “people of the Book.” I believe it is a vision shared by everyone who cares about, and is committed to, the American experiment in democracy. How we use words matters greatly as we engage in the on-going work of creating “a more perfect union.”

Creating an alternative community of discourse begins by saying “No.”

“No, I will not vote for a political candidate, for any office, at any level, who ‘goes negative.’” Imagine what would happen if every Jew, Christian, and Muslim in America, as well as every person of good will, refused to vote for any candidate who “went negative.” “Going negative” would disappear overnight.

What if we also said, “No I will not listen to any talk show, or watch any comedian, or read anything online that runs down, humiliates, or personally attacks others. Instead I will strive to live the Eighth Commandment: to defend and speak well of others, and to put the best construction on everything–at home, at work, at school, at church and synagogue and mosque, and on travel.”

I’m old enough to remember Lee Atwater, who was a political campaign manager in the 1980s. He ran the presidential campaign for George Bush “the elder” in 1988. He was the master of negative campaigning. In that campaign, Atwater went negative in a big way. He spread rumors, half-truths, and innuendos about Michael Dukakis. Bush won the election and Atwater became the head of the Republican National Committee.

But then in the spring of 1990 he was diagnosed with an aggressive form of brain cancer. There was really not much that the doctors could do. So Lee Atwater did some real soul-searching. With the help of Father John Hardon he began to practice his Christian faith again and became a member of the Roman Catholic Church.

Then he wrote a number of letters to the people against whom he had campaigned. He apologized for the negative campaigning. In an article for Life Magazine, published a few months before he died, he made a public apology to Michael Dukakis for the “naked cruelty” of the 1988 presidential campaign.

For Lee Atwater, his life looked different as his own death drew near and he measured it in the light of eternity. So he used the last year of his life as a time of repentance and reconciliation. For his transformation I am grateful. But I’m also saddened that it didn’t come much earlier in his life.

We don’t have to wait until death draws near to live out the Eighth Commandment. Now is the time to say “No” to lies, rumors, half-truths, and slander. Now is also the time to say “Yes” to defending others, speaking well of one other, and putting the best construction on everything.