Pastor Granillo: I AM 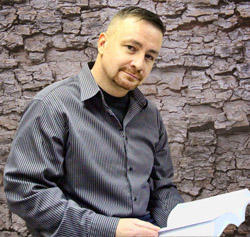 When God came to Moses in a burning bush and told him that he was sending him back to free the Israelites from slavery, Moses asked a couple of fair questions. Who am I to do this, and who are you to send me? In our lives today, we may often ask these same questions: “Who am I to interfere with what is happening?” and “Who are you God to command me to do so?”

What we may not understand, and what Moses seemed to have missed as well, is that who God is and how we understand that truth, directly affects who we are and how we perceive ourselves. In Moses’ time there seemed to be as many philosophies about God as there were people—much like today. And so when Moses asks God who he should tell Pharaoh sent him (Moses), he was, in essence, asking Him, “Which of the many beliefs, worldviews, or gods are you? After all, Pharaoh has had encounters with many gods and people who claimed to be led by their gods; he is not easily intimidated.”

When God answered Moses, “I AM WHO I AM,” He was making a claim unlike any other made before. God was declaring that all of the other beliefs, worldviews, and even gods that others followed were based upon lies and false beliefs about what is real. He was declaring that the other gods people worshipped failed them because they were nothing more than pieces of wood, or hand molded clay.

The many gods of the world had no power because they were not gods, they were things or ideas that people created and then turned around and depended on for help in life. They anchored their lives to these “gods” and when the winds of life blew they found themselves unable to stand against the wind. Securing their lives to these false gods would be like securing one end of an anchor rope to the front of the boat and then taking the other end, with the anchor, and securing it to the back. With nothing outside of the boat to secure it to, the boat will float as the current chose.

God was basically telling Moses that He is the immovable rock. That His existence is not dependent upon man’s beliefs or understanding. He is not a partial god in need of other gods to fulfill where He lacks; He is who He is. And because He is the only God, He is the only authentic source of all that is real; everything else is fake. And because of who He is, and because of His nature, only in Him can creation can find authenticity. Only in God can we be connected to something real.

When Moses asked God, “Who am I…” God responded “I will be with you. And this will be the sign to you that it is I who have sent you: When you have brought the people out of Egypt, you will worship God on this mountain” (Exodus 3:12 NIV). Moses’ true identity was tied to the Creator. By understanding that God is not one of many gods nor of equal validity to other gods—but is God alone, Moses was given the opportunity to become authentic.

His life was immediately given purpose and he was able to go victoriously before the oppressors of people to free them. Not only that, but the primary purpose of freeing them was to offer them the truth about God so that they too could be anchored to something real.

Today, this reality has not changed. Our world worships many gods; gods of religions, gods of philosophy, and many even admit that they are their own god. Just like a boat tied off only to itself, those who worship false gods may find themselves drifting through life aimlessly even though they may never realize it. How we understand God directly affects how we understand ourselves. Only when are in a right relationship with Him can we become authentic; and then we can become a mooring place for those who are caught up in the currents of life.

To find out more about La Vista Church, or to hear this and other messages, visit our website at www.lavistanaz.org or email me at raul@lavistanaz.org. Follow Pastor Raul on Twitter @RaulGranillo007.