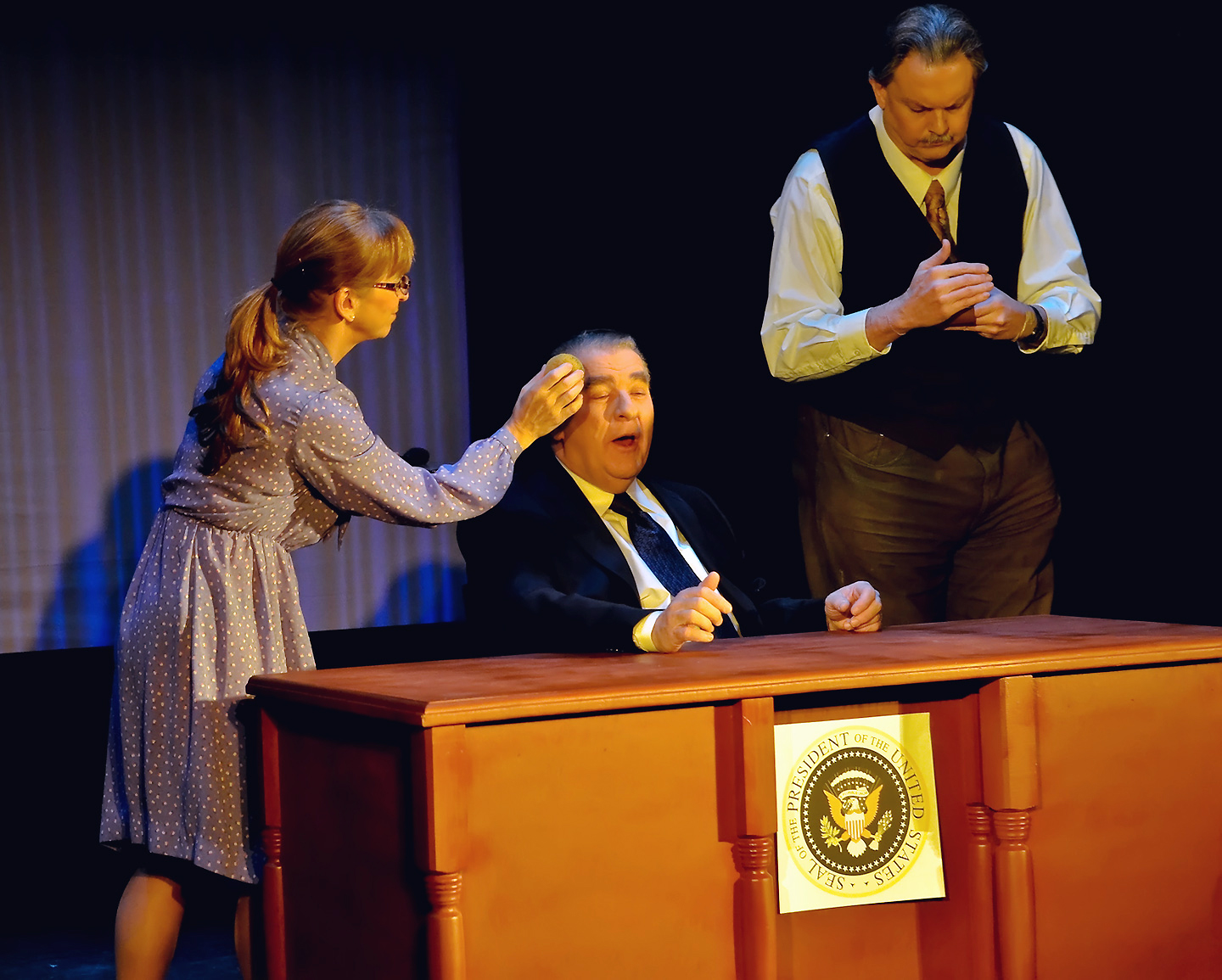 This is at the very start of scene one. Richard Nixon (Grady Hughes) is preparing to give his resignation speech. Behind and to the right of Nixon is Manolo Sanchez (John Phillips), Nixon’s loyal personal aide, helping to give light readings. To the left of Nixon is a makeup assistant (Claire Singleton) touching up the president so as to mask his ever-present perspiration. Photo by TK Thompson/ladailypost.com

What makes Los Alamos Little Theatre so special? Why spend an evening at the theatre? There are two reasons: family and tradition.

The New Year’s Eve performance is a LALT tradition, originating as a celebration for the LALT family, including anyone somehow involved in the organization.

The original event – consisting of a potluck, dancing, and time for togetherness and thanks – eventually evolved to include the entire community.

This year, the Los Alamos community is again invited to ring in 2013 with the theatre. Spend a night in town and become part of the LALT family.

There will be plenty of time for dinner before activities begin at the theatre, as the curtain will open at 8:30 p.m. Come early. Tickets will be sold beginning at 7:30 p.m. and at 8 p.m. the house will open.

Socialize and partake of some munchies before the show. Then enjoy this year’s production, Frost/Nixon, a thought-provoking drama about a contentious period in history, featuring excellent portrayals of Richard Nixon (Grady Hughes) and David Frost (Don Monteith.)

Following the performance, desserts will be provided by Cocopelli Chocolateir, a new business in Santa Fe already known for delectable, memorable treats.

Stay after the show, enjoy the festivities, and become part of a long lasting tradition. Tickets are $12 for adults, $10 for students and seniors, and can be purchased ahead of time at CB FOX. 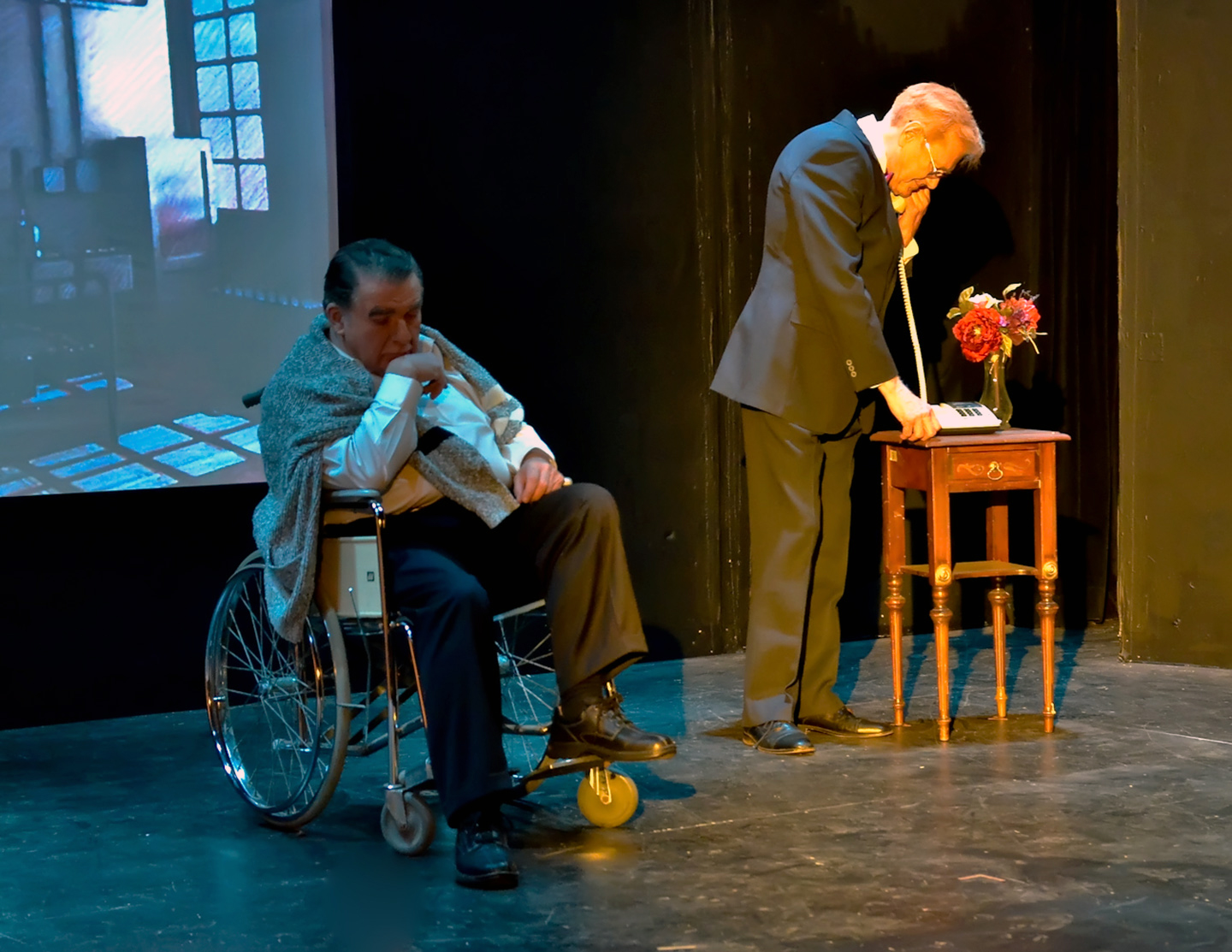 Months after leaving the White House, Nixon spent some time in a private hospital for phlebitis. This is in scene four where Nixon’s (Grady Hughes) publicist Irving Paul ‘Swifty’ Lazar (Richard Cooper) calls David Frost to offer him the interview that he has wanted – at a price. Photo by TK Thompson/ladailypost.com 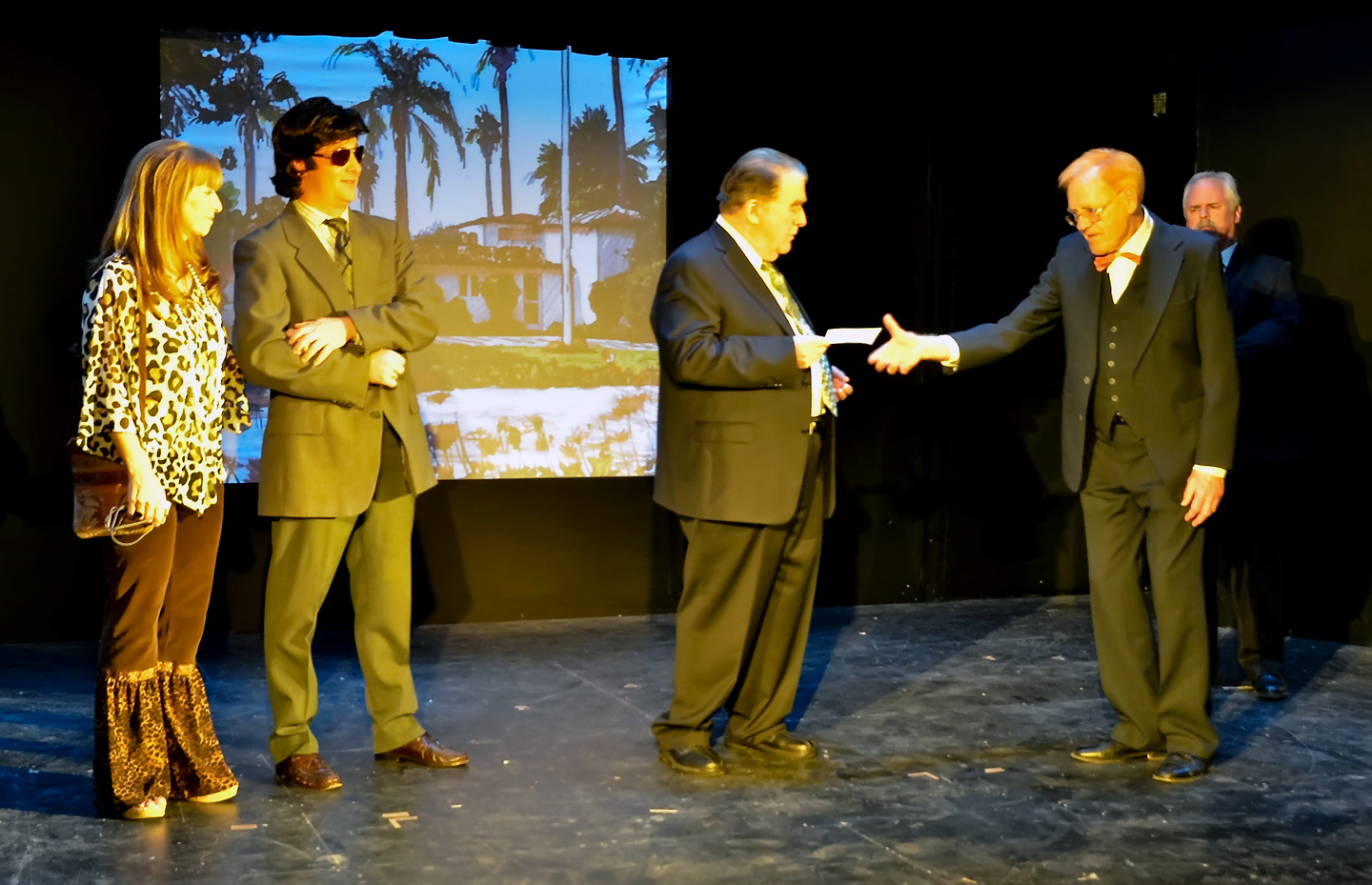 Richard Nixon (Grady Hughes) and David Frost (Don Monteith) meeting for the first time at San Clemente. This is where the deal was made for what would become the historical interviews known the world over. Photo by TK Thompson/ladailypost.com 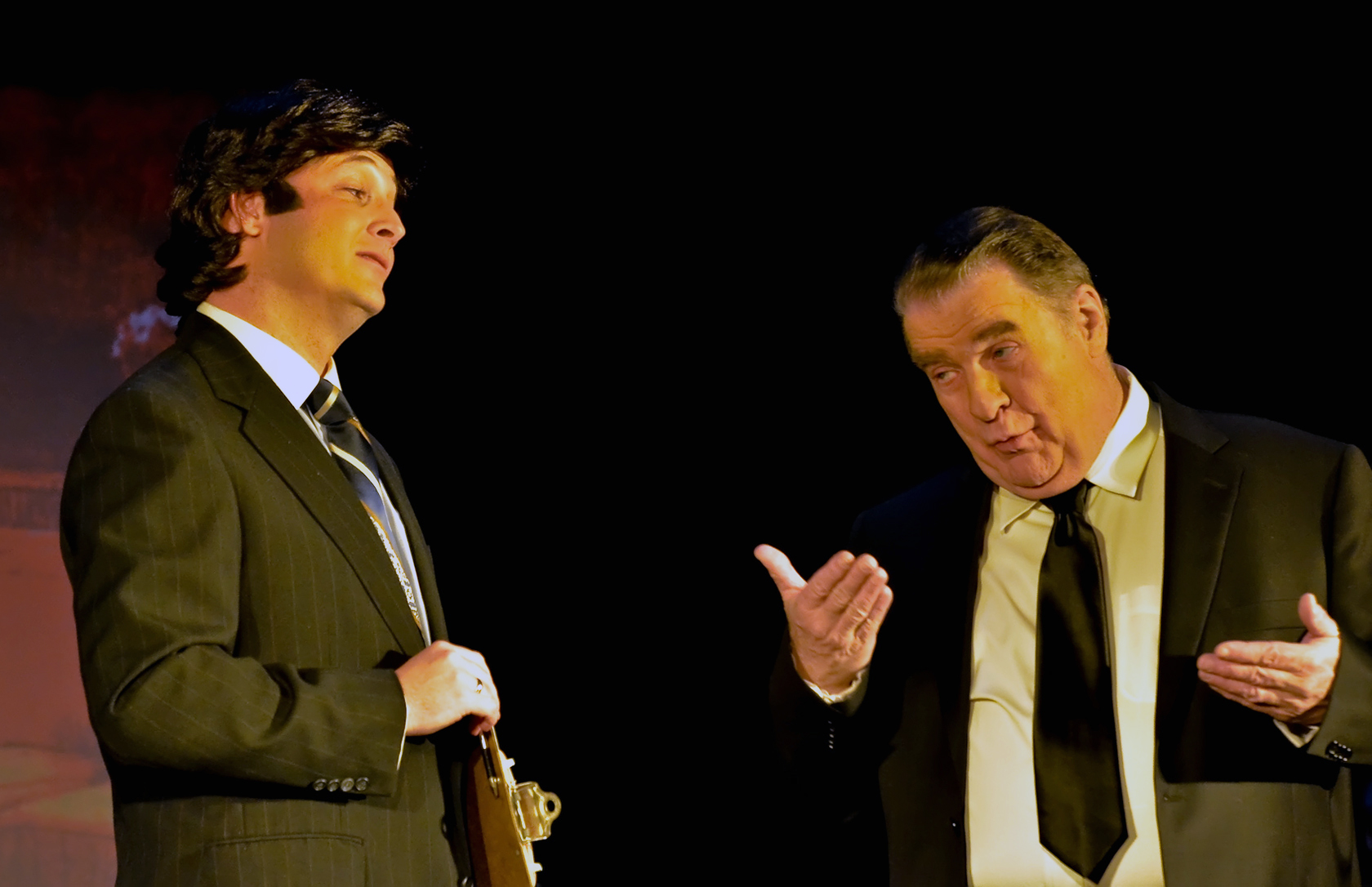 David Frost (Don Monteith) and Richard Nixon (Grady Hughes) about to sit down before the last round of interviews in scene 18. Photo by TK Thompson/ladailypost.com