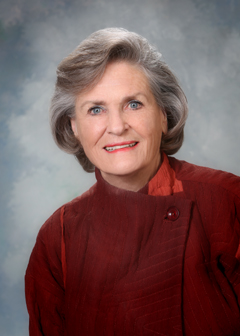 Text of letter to Martinez and Tripp:

As you know, the Deputy Secretary of the U.S. Department of Homeland Security (DHS), Alejandro Mayorkas, recently told members of our congressional delegation that it is still possible that DHS will grant New Mexico an extension before the higher standards of the federal REAL ID Act of 2005 are enforced.

The Department requires first that the Executive and the leaders of the two legislative chambers reach agreement on legislation that ensures New Mexico’s driver’s licenses are in compliance with REAL ID; that the legislative leaders agree to bring up the bill for a vote in the coming legislative session; and that the Governor will sign it into law if it is passed. The practical deadline for such an agreement is in six days, on January 10th, when DHS intends to use new requirements and procedures for entering some federal buildings and facilities in New Mexico.

We are writing today to urge you to come to a fair agreement with us on this issue to secure an extension from DHS. We should do it now before residents of our state are inconvenienced. Despite our past differences, we are confident that we can reach an agreement on REAL ID. If we are successful, New Mexico will receive an extension of the waiver of the REAL ID requirements for one more year, more than enough time for us to resolve this policy once and for all.

Without a letter from the Governor and the Senate and the House leadership, however, DHS will not give New Mexico an extension. We need to take immediate action to dispel the stress of many New Mexicans who want us to find common ground on this issue. Let’s put the interests of the people first. After years of disagreement, we are all aware of one another’s positions. We need not rehash our differences here.

Democrats in both legislative chambers are open to working with the Executive and Republicans on a bill that meets the higher standards contained in the federal REAL ID law. We know that bipartisan cooperation is possible, because Republicans and Democrats in the Senate came together around a sufficient bill once before in the last session of the Legislature.

It passed by a vote of 35-5. With that kind of spirit, doing what is best for the people of our state and putting politics aside, we can find a solution acceptable to federal officials. It is time. Let us know if you want us to draft a letter to DHS announcing our agreement.