Pajarito Reads: Discover the Divine in Yourself with Henry Ahlefelder

Henry Ahlefelder didn’t start out to be a teacher, healer and follower of a spiritual path.

“I was the opposite of a new age type of person,” Ahlefelder said. “I was into rock and motorcycles.”

On a whim, he asked a friend to teach him to meditate. The results amazed him and set him on his path to become a healer and a teacher. The journey let him to his first teacher, Yogi Behjan. He learned the practice of kundalini yoga and studied healing from a Japanese monk.

The journey led him to India where Yogi Bhajan’s teacher, Baba Virsa Sign took him as a student. When he returned to the west, he felt called to teach those from his own culture the lessons he had learned in how to live a spiritual life. 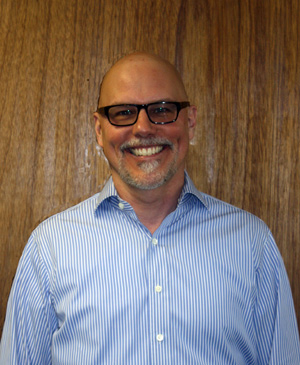 Known as Bhai Himat in the world of spiritual practice, Ahlefelder is known as Dr. Henry to patients in Los Alamos.He practices at the Los Alamos Chiropractic and Acupuncture Center where he is a doctor of oriental medicine, performing acupuncture for many local clients.

Ahlefelder has written a new book, “The Way of the Divine Everyman: Drop the Baggage, Discover Your Bliss, and Reveal the Yogi Within,” to share the concepts he teaches with a wider audience.

“I wrote the book to be a simple guide to how your mind and emotions work. The book is aimed at regular people who have an interest in meditation and spiritual practice,” Ahlefelder said. “I wanted to distill things into easy bite-sized pieces that wouldn’t overwhelm people.”

While spirituality can’t be attained through reading a book, Ahlefelder wants to spark interest and perhaps set readers’ feet on a path that has so enriched his own life.

Ahlefelder begins by saying that he thinks everyone is capable of discovering their true nature, the divine within themselves. This involves forming a connection with “energy with innate intelligence,” or “consciousness” which underpins the fabric of creation.

If it was difficult for Ahlefelder to get these esoteric concepts into understandable form in a small book, it’s impossible for me to explain them in a book review. I’m simply going to touch on some of the concepts he explores and leave you to discover them for yourself when you read the book.

Ahlefelder talks about how our emotional history is stored in our bodies. Our physical body is in constant interaction with the “etheric body,” which can be described as the energy that occupies the space between molecules and permeates our being.

Not only does the etheric body become damaged by emotional trauma, our emotional history also creates a damaging ways of thinking about ourselves and the world, leading to guilt and low self-esteem. 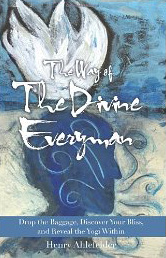 Healing the body and the mind through practices like kundalini yoga and meditation can free both the body and the mind, helping us to return our bodies to the proper state of flow and balance, and at the same time allowing us to get outside the constant chatter and storytelling that goes on in our head.

Practice, discipline and experience are at the core of spirituality, while religion if founded on belief, Ahlefelder said. Spirituality is about discovery.

The book explains the basics of concepts like using a mantra, breathing techniques and body postures that can aid in reaching the proper state for spiritual awakening. “It’s like lighting a lamp inside you and brings you to a meditative state quickly,” Ahlefelder  said.

The bottom line, is it works, Ahlefelder said. “Until I experienced it, I didn’t believe it.”

Ahlefelder urges readers to ask, “where do I go from here?” A teacher or a group of fellow seekers can be extremely helpful. “I’m happy to help people get started,” he said.

Ahlefelder can be reached at divine.everyman@gmail.com. If you are interested in perhaps joining a meditation group, or just learning more about the spiritual path, he urges you to contact him.

“The Divine Everyman is available at www.amazon.com and other booksellers.